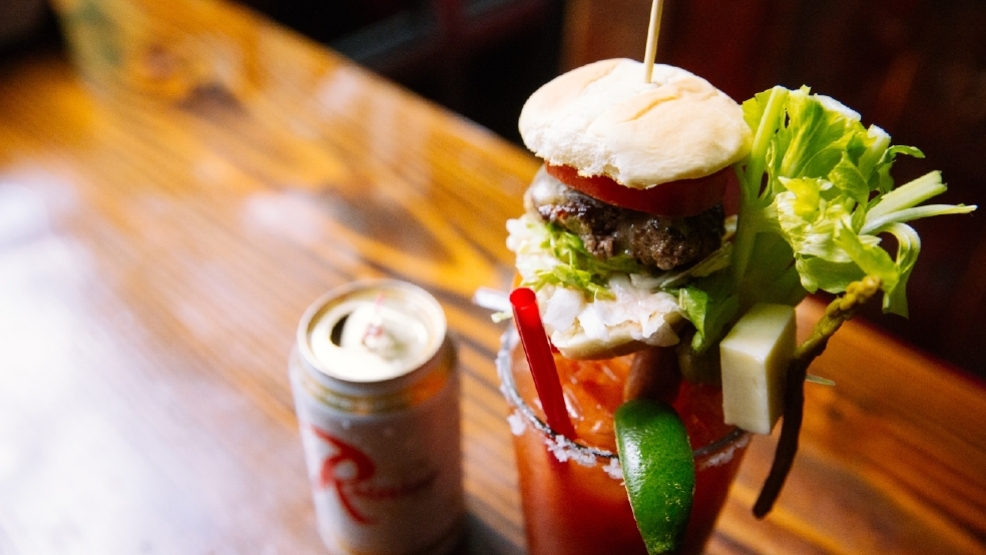 Open & Shut: This month in restaurant openings and closings

Castilla. A New Spanish restaurant is set to open at Bellevue Square. According to Downtown Bellevue Network, Castillo will will also include a tapas bar. The new restaurant is owned by a husband and wife team that want to bring a new "approachable fine dining" experience to their guests backed by Chef Clara Gutierrez Carrol's 20 years of cooking skills. Castillo is set to open in October 2019.

Bamboo Sushi. A Portland-based restaurant chain is expanding up to Seattle. They have several locations and are the worlds first certified sustainable sushi restaurant and are opening October 30th in University Village.

Nordstrom Grill. Returning to Bellevue Square due to popular demand, Nordstrom Grill will re-open in mid-November. According to Downtown Bellevue Network, it will include a full bar and many of the same popular happy hour drinks, comfort food, and breakfast items from the previous menu and their downtown Seattle location.

Alki Chicken & Waffles. The iconic recipe of fried chicken and waffles is now open on Alki Beach! Most dishes on their menu will be made from organic ingredients and local chicken. which is a major plus for most folks. According to Westside Seattle, they will serve breakfast, lunch and dinner until 7 p.m. every day of the week.

La Isla Cuisine. Redmond is opening up a Puerto Rican style restaurant after shutting down its initial location. The menu will have a wide range of Latin-American items. According to Eater Seattle, the owners are not going to be afraid to experiment with a revolving menu and will have a generous happy hour from 3 p.m. to 6 p.m. everyday.

Taku. Coming to Capitol Hill is a new deep-friend Japanese food restaurant. Taku's will be open until 2 a.m., and their popular street food snacks and deep fried skewers will aim to be casual and will target the late-night crowd. The concept will include a pick up window and an easy categorical menu for fast, grab and go style orders. According to Eater Seattle, the restaurant has hit construction delays, but is slated to open by years end.

The Ruby Brink. The newly renovated space that was converted from three separate food areas into one large bar and butcher shop has been open since May. According to Seattle Magazine, The Ruby Brink is a partnership between a butcher, a chef and a bartender. You may remember their first iteration - a pop up called Meat and Noodle Soup Club. Fans of the Club will be happy to know the infamous noodle soup bowl is still on the menu at their Vashon brick and mortar. The Ruby Brink is open to all ages until 7 p.m. and also has a large J-shaped bar with exciting cocktails, ciders, wine and beer for those who are 21 and over.

Shake Shack. According to Eater Seattle, Shake Shack's second location in the Puget Sound is now open in Kirkland. The large 3,600 sq. ft. location includes a patio and refurbished bowling lane tabletops. The menu will include all of the popular items that Shake Shack is known for such as their Angus burgers, hot dogs, and milkshakes.

Sam's Tavern. Already winning awards, the new addition in the Salesforce Tower in Bellevue is getting quite the buzz. According to 425 Magazine, Sam's Tavern has been awarded this year's best burger in the state by The Daily Meal. Also on the list of their don't miss items are their Bloody Mary's.

Carrello. The owners of Altura have opened up another Italian-style restaurant in Capitol Hill. According to Eater Seattle, Carello will be much more rustic and relaxed compared to their counterpart, Altura. Carello's menu will serve large serving sizes that concentrate on hand-made pastas and whole-roasted meats and seafood.

Gravy. If you are looking for a close island get-a-way, look for for this new restaurant located on Vashon Island. The husband and wife duo aim to carry out an authentic farm to table experience with help from Vashon's Aeggy's Farm and local produce from all around the island.

Sizzle Pie. The beloved Portland-based chain located on Capitol Hill is closing after three years. Their infamous large slices and around-the-clock hours of operation came in clutch for the late-night crowd coming from Capitol Hill. According to Eater Seattle, the restaurant stated that they are closing due to the rising overhead and operation costs in Seattle.

Feed Co. Burgers. This popular burger spot in Central District is closing. According to Eater Seattle, the owners of Feed Co. are selling the restaurant and the new owners have plans to convert the restaurant focused on seafood, finger food, and unique cocktails. After a few interior renovations, they plan to reopen as quickly as possible pending the finalization of the sale.

Rooster's Bar and Grill. The Tex-Mex style bar and grill on Broadway East and Capitol Hill will close after serving Seattle for the past four years. According to Eater Seattle, the owners had sold the place and are pursuing other opportunities.

Peso's Kitchen and Lounge. The Mexican restaurant in Lower Queen Anne is closing after 20 years. They were well known for their extensive daily happy hour, pint-sized margaritas, and wide range of tequila and mezcal selection. According to Eater Seattle, there has been no confirmed reasons why they are closing, but they will be missed.

418 Public House. The Pub will permanently close its doors after eight years of service on October 19th. The Mexican Public House became known as the soup specialists of Ballard. According to Eater Seattle, the restaurant earned a consistent spot on Seattle's list of the city's best Mexican restaurant thanks to their reliable and authentic food.

Sitka & Spruce. Award-winning chef, Matt Dillion, is closing his first restaurant after ten years in Melrose Market. According to The Seattle Times, Dillon is closing Sitka & Spruce to what he deems a "grave risk" in renewing the lease from rising costs and rising minimum wage.

Little Uncle. The small Thai cuisine restaurant has finally closed. The owner's have been impeding the sale of the spot in order to pursue other projects. According to Eater Seattle, the owners say that the Little Uncle brand wont be gone for long as they are looking to explore and expand their brand into cook books, catering classes, and other food industry-related businesses.