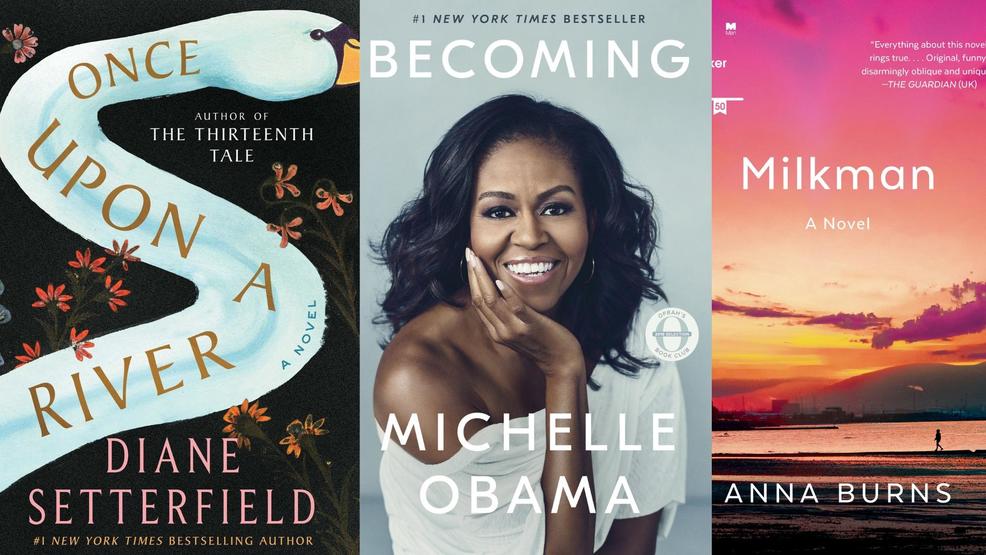 If you're looking for a few new distractions this winter, here are our top 10 suggestions. (Each book image courtesy of publishers)
SEE MORE

10 great books to cozy up with this winter

We haven't exactly felt the brutal winter chill yet, but with snow in the forecast this weekend, it may be time to hunker down under the blankets with an arsenal of good reads! So grab your cocoa and cuddle up with these 10 page-turners -- three you still have to wait a few weeks to find in stores but we promise they are all well worth the read!

The Story: Who among us hasn't silently begged to be BFFs with Michelle Obama?? If you've been missing the former First Lady, reading her searingly beautiful memoir is the closest thing to being a part of her inner circle. She touches on everything from growing up in a world where her grandfather "thought even the dentist was out to get him" to how she dealt with Barack's tendency to think he had more hours in the day than anyone else (and thus his constant over-scheduled days) and how she found her voice in a home that often sought to silence its female occupants.

The Story: This second novel from the authors of "The Wife Between Us" follows the thrilling tale of Jessica Farris, a Manhattan makeup artist who signs up to participate in Dr. Shields' psychology study when she needs some quick cash. She assumes she'll answer a few questions about ethics and morality (did we mention she lied her way into the study??), collect her check and be done with it. But before long, the questions become increasingly intrusive, Dr. Shields becomes increasingly manipulative, and it becomes increasingly harder to tell where her real life ends and the psychology study begins.

The Story: Claire Adam's debut novel is one of the first from Sarah Jessica Parker’s imprint, SJP for Hogarth. Set in the bush of rural Trinidad, Adam brings us into the world of Clyde, his wife Joy and their twin 13-year-old sons. When his son Paul goes missing, Clyde is forced to retrace the footsteps of a child he never really understood, and eventually to make a choice no parent ever wants to make. From the publisher: "Like the Trinidadian landscape itself, GOLDEN CHILD is both beautiful and unsettling; a resoundingly human story of aspiration, betrayal, and love."

The Story: When a nearly-drowned stranger stumbles into a rural inn on the river Thames carrying a child who appears to be dead, and falls into a coma before the mute girl has been revived, the locals must attempt to unravel the mysteries that surround the child. While no one knows her identity, three families all believe she could be their kidnapped daughter, estranged granddaughter or the sister thought dead. With more twists and turns than the Thames itself, this story brings new meaning to the phrase "it takes a village."

The Story: Set in an unnamed city, Milkman follows an unnamed 18-year-old narrator (middle sister) through a crisis as her entire town believes she is having an affair with the married milkman, garnering her the most dreaded of things: attention. Though complicated at times, this Man Booker winner is a nuanced look at the power of gossip, particularly within small communities,and the ripple effects of sexual harassment.

The Story: Cara Hargraves has always preferred to retreat to the past when her present seems too daunting, so when she uncovers a World War II-era diary while cleaning an old estate, she becomes obsessed with finding the author. But she may have gotten more than she bargained with 19-year-old Louise Keene’s life as a soldier. Louise escapes her pre-determined life of waiting for a man to return from way by joining the women’s branch of the British Army in the anti-aircraft gun unit as a Gunner Girl where she learns the dark side of war romance.

7. Merchants of Truth: The Business of News and the Fight for Facts
Author: Jill Abramson
Publisher: Simon & Schuster (Feb. 5 2019)

The Story: Former Executive Editor of The New York Times Jill Abramson has been studying four media companies --The New York Times, The Washington Post, BuzzFeed and VICE Media -- over the last decade, intrigued by how the push towards digital media has been pushing out legacy papers such as the Times and the Post, while the fickle millennial audiences of digital publications have created new empires, and how the distrust in media as a whole has us all fighting for the facts.

The Story: It's 1921 and Alice James finds herself on a train from Harlem to Portland, fleeing for her life and taking nothing with her except a bullet wound. When she arrives in Portland, her first friend, Max, leads her to the only all-black hotel in the city, Paragon Hotel, where she must show the residents that they have nothing to fear from a white woman being on the premise. Her opportunity comes when she becomes the only person to search for an orphan boy who has disappeared from the hotel while the KKK terrorize the city.

The Story: Sometimes you need a break from from long novels, and you find your way to Samantha Schweblin's extraordinary collection of stories featuring a cast of characters on the edge, dealing with the unexpected. From the publisher: "Schweblin's stories have the feel of a sleepless night, where every shadow and bump in the dark take on huge implications, leaving your pulse racing, and the line between the real and the strange blurs."

The Story: Two couples are unmoored by an unexpected death. Christine and Lydia were lifelong friends who married Alexandr and Zach in their twenties. But when Zach drops dead 30 years later, Lydia decides to move in with Christine and Alexandr. And though at first the three friends all lean on one another for support, the support between two of the friends eventually veers to the inappropriate of "what ifs" "could have beens" and "now whats?"