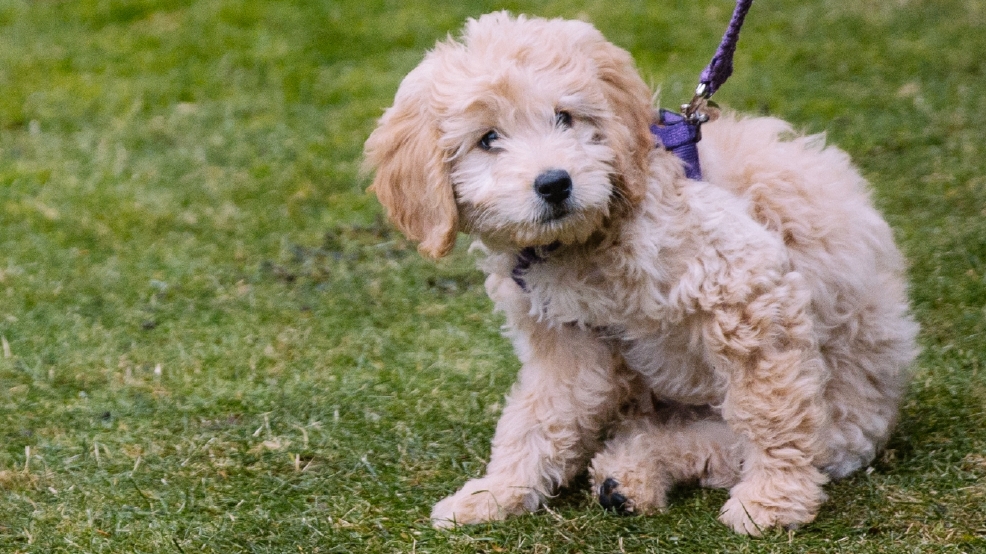 Seattle's Very Own Dog Whisperer Answers: 'Why Does My Dog Do That?'

Cooper’s a good dog. He’s a handsome, two-year-old collie/hound mix who found his forever home almost a year ago with Courtney, a law student at UW. He’s smart as a whip. He’s snuggly. He’s adorable. The trouble is, he’s a little jumpy. Cooper jumps on visitors when they reach the door, jumps at food on the counter, and started jumping on the couch to gnaw at it when his mom’s in class.

Enter Alyona DelaCoeur. Aly, the founder of Why Does My Dog, is billed as a “human trainer for dogs,” and she founded a website dedicated to dishing out tiny tips and tricks for making relationships like Cooper and Courtney’s work. Aly visited Cooper on a recent drizzly Seattle afternoon to check in with Courtney and help her figure out ways to manage Cooper’s bad habits and encourage his good ones.

“Cooper’s a smart dog,” she explained, telling a story about two border collies she met recently who are in charge of corralling around 80 cows. “He’s smart enough to keep track of a herd of cows on his own, so if he’s at home by himself he’s going to be a little bored.”

Her solution is wallet and couch-friendly. “Put a toy for him in a cardboard box, and seal it,” she recommended. “He’ll have to figure out how to get in there, which keeps him occupied, and then at the end he gets a toy to play with.” She’s a fan of Kongs when it comes to interactive toys, too. “Sticking a Kong in a box is a great way to keep him entertained while you’re in class.”

When it comes to jumping up in the kitchen, she recommends keeping him occupied again – this time, maybe with crate training. “The key to crate training is making the crate a nice, safe place for him,” she explained. Aly recommended feeding him in the crate, giving hi ma new toy in the crate, and slowly increasing the amount of time he hangs out there over time. Eventually it will grow to be his favorite place, and he’ll be happy to hang out there while Courtney cooks – and stay out of his hair.

And when it comes to jumping on people? “I have a sign on my door that says ‘puppy in training,’” Aly says. She recommends what she did for her pitbull puppy, Truffle. “Send Cooper to his favorite spot – the couch is perfect – and ask him to stay.” She recommended opening the door slowly and making sure he stayed in his spot when someone arrives. If he hops off the couch, close the door on your guest and start over. Eventually he’ll get that he has to stay on the couch to greet his new friends. (And when it’s you he’s jumping on? Ignoring him for just a few minutes when you get home, or only greeting him when he’s sitting, will teach him that staying on the floor is the best way to get attention.)

That’s not all Aly had to offer, though – she’s certified by UW in dog behavior, but she knows a $200-$400 price tag is a little much for most people. “You don’t need to pay me $180 to hear that a Kong is a safe, smart toy for Cooper,” she said to Courtney. Instead, her website, WhyDoesMyDog.com, features short tips, a weekly trick for your pup, and info for when you need a little more insight.