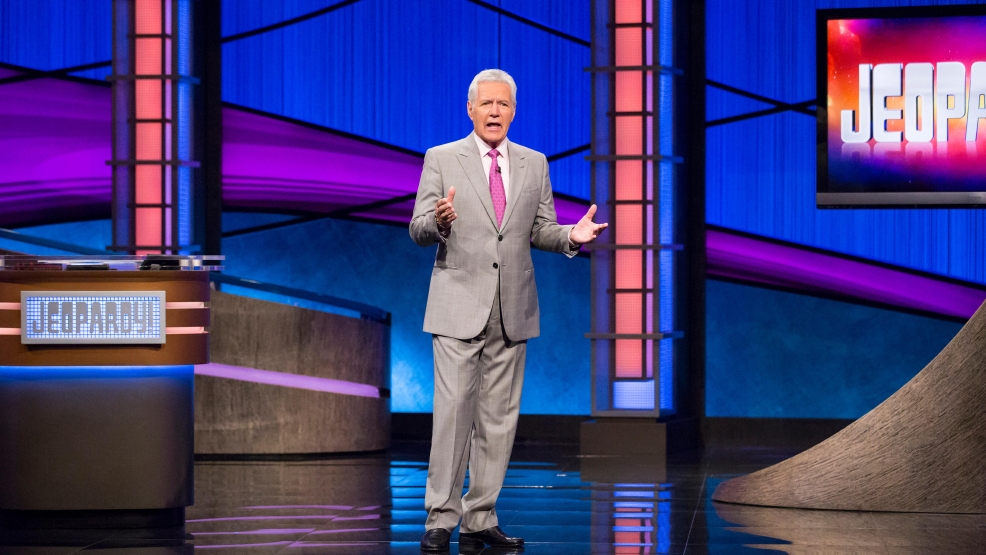 Who Is...Alex Trebek? Our chat with the iconic game show host

Since 1984, millions of families have welcomes Alex Trebek into their homes - every weeknight - as the host of Jeopardy! Even after all this time, he still hasn't lost his passion for the show, or the audience.

"A lot of big champions have come out of Seattle," said Trebek. "Well, there are bright people everywhere in America - and in some areas they watch the program and they are inspired. Local citizens who have done well - and more and more individuals are encouraged to try out because of that."

After so many years, the host has to have some tips - right?

"Don't make mistakes!" Trebek joked. "But what you should try very hard to avoid, is if you make a mistake - respond incorrectly and you find yourself in the red - don't try and push yourself and destroy any chance that you have. Just understand there's a lot of game still waiting there, and wait for your moment try to maximize it. If you try and play catch up so often you put extra pressure on yourself - and you defeat all the good things that may be coming your way."

We were the most curious as to all the intelligence this guy has to have in his head from years of miscellaneous questions!

"I like to think I am well read about a lot of things," said Trebek. "But I've always been really curious about knowledge and life - about people and places - and it has worked to my advantage and a host of this program."

Trebek is being humble. He's one of the most decorated TV hosts of all time. He has loads of Emmys, a star on the Hollywood Walk of Fame, and a Guinness World Record for the most game shows hosted by one man.

"Alex keeps it fun doesn't he? He does!" said show producer Harry Friedman. "What a star he is! Alex is the perfect host for Jeopardy. It's hard to think of him doing anything else, but he hosted a dozen different game shows before Jeopardy!"

Trebek is from Canada, and his first big gig was a Canadian version of American Bandstand, called Music Hop.

After stints on other game shows, he finally landed the job of a lifetime.

"I was talking to Harry Friedman, the EP of the show," he recounts. "I'd talked to a lot of people: stage hands, crew - all of them had worked here a ton of time, they all liked each other."

The rest, as they say - is history.

"It's a position you are going to have for life - or until you make that all-important decision to retire," he host said. Looks to us like retirement is still a ways away from Trebek, and thank goodness! We just don't know if the show would be the same without him.

Despite Trebek's fame, life outside the show is simple. He fills his days with his true loves: family, and hockey.

"My daughter bought a house this year," said Trebek. "And its a fixer upper. I've been doing most of the fixer-upping. Plumbing, sprinklers, electrical, drywall.. sanding - I do all that."

Bet you didn't know the guy in the suit on TV had construction skills, huh?

"I learned it over time," he said. "I love solving simple problems - and those kinds of problems are fairly simple. I did a lot of demo work and that gets a lot of frustration out of you! Give me a sledgehammer and watch out. That brick wall is coming down!"

So as he's taking out the brick wall, does he ever scratch his head and say "I'm demoing this wall - but I'm Alex Trebek. I have the hottest game show on TV right now?"

"Never occurs to men" said the host. "Talk about two spectrums. But as you mentioned, I'm a simple guy. I'm just like everyone else out there, I do normal things and I enjoy doing them. I enjoy people, and I can't think of any negative in my life right now. And I hope it continues!"