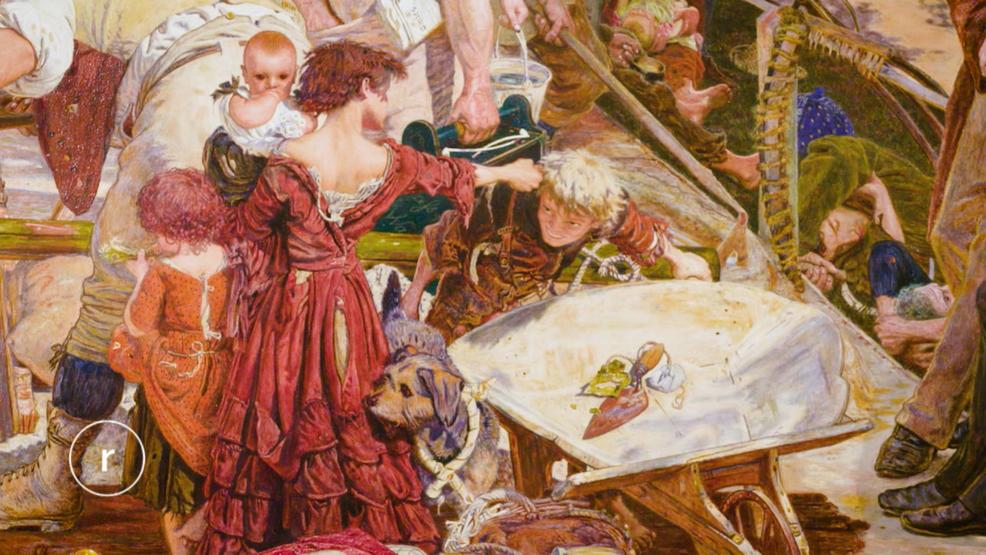 What's Radical about Victorian Art? Find out at SAM

For centuries "fine art" featured idealized people, in idealized settings, in the style of the great renaissance masters. Then, a group of young British artists came along and turned the traditional art world on its head.

Now, you can see the work of these radical artists for yourself, through September 8th at the Seattle Art Museum.

“The show is called Victorian Radicals and its talking about Victorian Art from about the last 50 years of the 19th century,” said Chiyo Ishikawa, a curator at the Seattle Art Museum. These art rebels wanted to paint things that were real. Real wrinkles, real cranky babies and real people doing everyday things. “This is an un-idealized scene of something Londoners could see everyday, tearing up of a street to install a water main,” Ishikawa said, gesturing to a painting of a crowded Victorian boulevard. “An aristocrat and his daughter on horseback overlooking the whole thing... like many of the artists [of this movement] he was a big social critic.”

The artists' commitment to realism didn't stop with their chosen subjects and expressions, the level of detail within these frames is astounding. “Everything seems to be in focus, every blade of grass, every little overturned mushroom, the details of the garments," said Ishikawa. "I think that when you see works in person, you really understand the making of the work. In this exhibition you are really rewarded for very close looking you get into the artists mind in a different way.”

To learn more about the SAM exhibit, head to http://www.seattleartmuseum.org