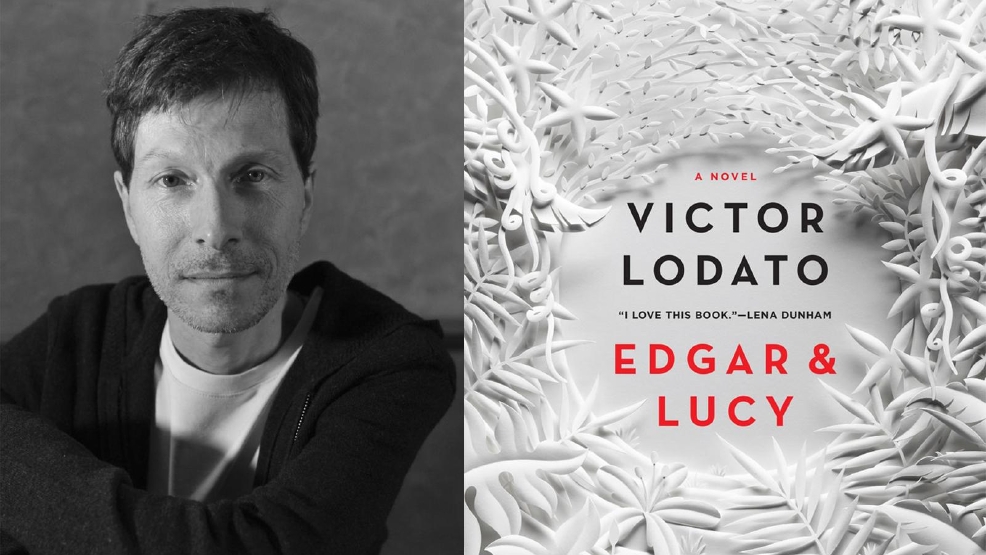 We talked to the author behind one of the heaviest books we&rsquo;ve read

If you’re part of the Refined Reads Book Club, you’ll be reading ‘Edgar and Lucy’ by Victor Lodato right about now. While – for us at least – it took a bit to get into, ever since we’ve finished it we haven’t been able to get it out of our heads.

So when we had the chance to interview Lodato when he was in town for a reading at University Book Store, we jumped at it.

*Warning: spoilers ahead! Don’t read on if you haven’t finished yet, or you plan on reading ‘Edgar & Lucy’.

Refined Reads: The book centers around the relationship between child Edgar Fini and his mother, Lucy. Describe that relationship at the start of the story.
Victor Lodato: Edgar adores Lucy. Lucy’s a little confused by Edgar. She talks about what a strange child he is. [She] doesn’t really ever have to play the role of mother because of Edgar’s grandmother who's taken over that role. I started this book, writing this first chapter with that first scene of Lucy getting ready for her date with the butcher and Edgar watching her and giving his opinion on how she looked and her asking for his opinion. I just fell in love immediately with these characters. But those two voices and that relationship of a mother and son in which they're both like children. It really fascinated me. In fact, if any of them is more adult, it’s probably Edgar. Lucy is probably more of a child in some ways than Edgar. And so, Edgar is very lucky that he has Florence living with him.

Florence is Edgar’s grandmother – what connects the two so strongly?
I don’t write with a plan or agenda, but at some point writing this book it was clear to me that the world of the book and the setting, the characters were kind of mirror of my own crazy, hard-working, hot-blooded Italian-Polish family. And though the storyline is completely invented, the emotional dynamics behind the characters are often based on my life. I lived with both my grandmothers, I was very lucky, both my parents worked. So, these two women raised me and were really important figures in my life. The character Florence is really as if I’d taken my skinny, Polish grandmother and stuffed her inside the body of my much larger, Italian grandmother and made one character. Edgar is in jeopardy in many ways, but Florence is the rock in which he can hold onto. This book was very hard to write in some ways emotionally, even physically, it took a long time. And I dedicated the book to my grandmothers because I think the love I had from those two women growing up is what enabled me to write this book.

This book took you about ten years to write. Why was it so important for you to take your time?
Probably for the last five years I’ve worked exclusively on Edgar and Lucy. During the first five years, I was also working on plays, short stories - I had theater commissions I was working on, rehearsals for a few months here and there, and it was nice to have this amount of time to write this book. Like I said, I didn’t want to play puppet master too much. I wanted to figure out the story organically and then, once I did that, of course you have to go back, and make sure everything makes sense. So, it takes a lot of revisions in a long book like this to make it consistent. This book was such a massive undertaking that my office looked like the cell of a lunatic.

This book really is about time, so it was nice to spend so much time to tell a story about time. Into the story five years or more, these stories were in my blood. And having more time to work on a book makes me feel like I won’t manipulate it as much and I can get to something approaching that kind of truth that I want to achieve when I’m writing fiction.

What role does Frank Fini - Edgar's father and Florence’s son - serve in the book?
In the book, Florence mentions that Frank killed himself - but we don’t know the details of that. And as a writer, I didn’t have it all mapped out. I was waiting and waiting for the characters to talk more about Frank so I could find that backstory. And it was years before I wrote that section of the book. It’s called 'The Last Day of Francesco Lorenzo Fini'. I was actually on a writing retreat in Italy in this very gothic castle, which was a great place to write that sort of frightening and gothic part of the book. This family had a terrible tragedy that happened in the past, which took me a while to figure out exactly what it was. And the reason that Edgar and Lucy’s relationship is skewed and why Florence is so protective of Edgar - it all goes back to the story of Frank. Even though Frank has been gone for several years when the novel begins (he died when Edgar was only a year old), that story is underneath everything and affects all the relationships and dynamics between them.

Speaking of Conrad, let's talk about the man who essentially abducts Edgar. We don't learn too much about him until the third section, when we find out he’s lost a son. In fact, loss seems to play a huge role in this book.
We’re going to make it sound like such a depressing book. But it is a lot about loss. Loss and grief are at the center of the book. And the reason why Edgar is so useful in discussing loss is I think we are all like children in the face of grief and loss. There’s no way to comprehend it. And like anyone who is alive, we lose those people most important to us. I just have some very important dead people in my life, and they’re still just a part of my world and what I write about. I think I loved the characters more than any other characters I’ve written in my life and I hope my other characters will forgive me for saying that for past books.

This book is wrapped in love, kindness, caring - powerful emotions.
I would agree with you. Like I said, there are some frightening things that happen to the characters. But ultimately, even though Lucy and Edgar are both heroes of the book, Edgar was the one who got me through the darkest parts of it because his power isn’t physical strength or overt bravery, but he does have this uncanny ability to love ferociously and to offer kindness to people who don’t seem to deserve it. And writing the book, it struck me - it came to me that kindness is rarer than it should be. It seems like the easiest thing to offer, but it’s often withheld in life. Edgar is this kind soul. I can say, I think at heart, the book is a love story in a lot of ways. And waking up from a 10-year dream of writing this book into a world of where there’s suddenly so much unkindness. It feels like a good moment to put a love story and a story where kindness is the central message or one of the main themes of the book.

What is your process?
It really is like some kind of strange detective work, you know, I write the scenes and I usually write chronologically. I don’t write ahead of myself. At a certain point I think, ‘Oh, this is probably what’s going on and this is what will happen between Edgar and Conrad.’ I never write that scene at the moment that I get that idea, I take some notes, but then I only write it when I arrive there, you know, maybe six months later in the story so that I can write it when I’m at the same emotional place that the characters are at. Because everything will change with the emotion. I try to sort of let them drive, be inside their bodies and breathing with them breath for breath. And I think in some ways, I feel like writing like that keeps them truthful. You’re not writing from outside the character. You tend to be more compassionate, you don’t judge them. The characters do some awful things but I hope it doesn’t ever come off that I’m judging these characters.

What would you like us to take away from Edgar and Lucy?
I just hope they fall in love with the characters like I did. I certainly don’t take fiction writing lightly. I think, not to be political about it, I think it’s really important right now. We can read books about people that are like us, which is fine, but I think the great thing about fiction is it’s the ultimate virtual reality in that you get inside and behind the eyes, inside the hearts of people who are not like you. Over the course of the book, those characters are normally people you might not like and by the end of the book you love them. It allows you to be a little more compassionate to learn to love people who are nothing like you. So, I hope this book will just be fun to read because there’s a great story but ultimately I hope it will increase the quotient of kindness, an open-heartedness in people because Edgar is a no-brainer, people will love him from the get-go, but there are some other characters that people are going to say ‘I don’t want to spend any time with this person’ - but maybe by the end of the book they will love them. And it’s something, to end up loving someone you dismissed. It is just a wonderful experience and I hope that can happen with some readers.

What did Edgar and Lucy do for you?
Oh my goodness. They did change me. I’ve never been a hard person but somehow writing this book softened me. In some ways, I don’t mean for this to sound egotistical, but I feel like I’ve written other projects but this is the book I’ve been trying to write for a long time. Even some other plays, my other novel - I feel like this is the book I’ve been trying to get to. So writing this book first of all – it’s a great relief that it’s out of me. But going through the experience of this book and coming out of that dark tunnel into a place where there is some light - I feel softer and I feel kinder.

If you've like to join Refined Reads, sign up here. And if you're reading the book and want to participate in the April 27th discussion at University Book Store in the U-District, RSVP to hello@seattlerefined.com.