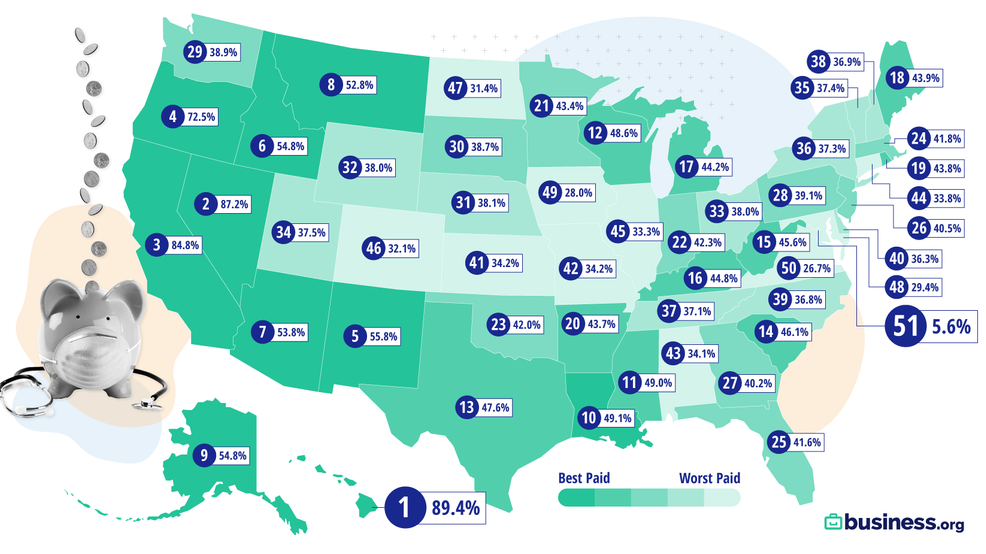 Nearly three million nurses are working in the United States, and when it comes to how much they're paid, Washington ranks #29 in the country for best-paying states for nurses in 2021 — according to Business.org.

Business.org compared each state's average nursing salary to the average income to find percent differences, then calculated how many hours a nurse would have to work to afford rent in each state to determine this ranking.

Other highlights from their findings include: