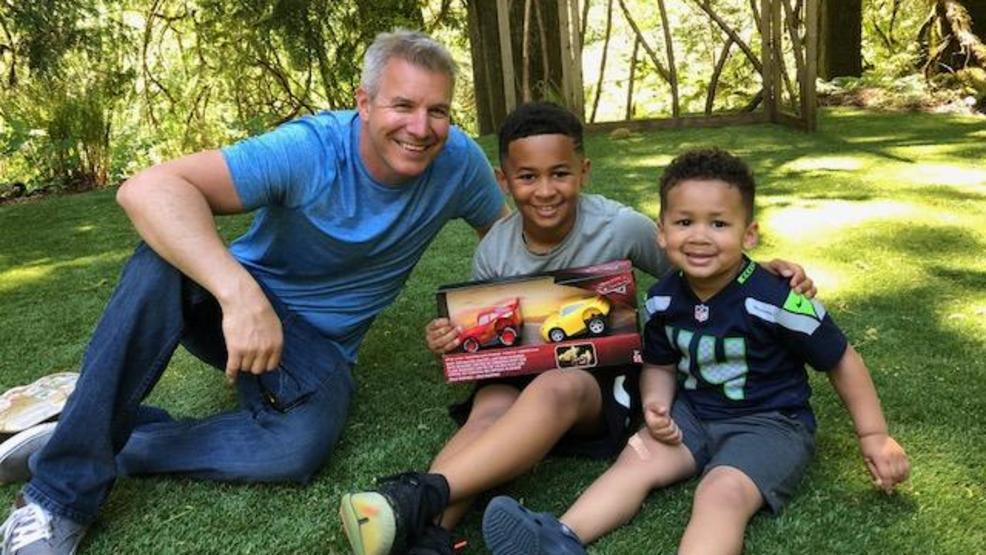 After their son Isaac's illness, the Williams family needed a chance to get away and spend some time together. Founded by John Fahey, Vacation Angel Network provides families in need with a vacation at no cost to them. For the Williams family, that meant Pete Nelson's resort Treehouse Point in Preston.
SEE MORE

These Vacation Angels open their homes to families in need, to reconnect after hardships

"They love each other, they can’t stand each other, but they’re always together," said their mom, Kelli Williams, with a twinkle in her eye.

Kelli and her husband Dennis treasure each and every moment of their family time.

"We have fun. We play around," said Dennis. "We’re crazy," laughed Kelly. "We joke. We laugh a ton," added Dennis.

"And I think everything we’ve been through with Isaac in particular... obviously has brought us even closer together," added Kelli.

Born in 2015, Isaac was a beautiful baby boy. But his parents sensed something was wrong.

"He was colicky - is what I thought it was," recalled Kelli. "Incessant crying and the fevers and the bloating of the stomach and all those kinds of things."

When he was just 17-months-old, a trip to the ER changed their lives forever.

"I remember it like it was yesterday," she said. "[We were] in the emergency room - and the doctor came in and said 'We found a mass, and you’re gonna go upstairs to oncology.' And I remember saying, 'Oncology means cancer – do you think my son has cancer?' And she said yes."

The parents were shocked, and devastated. .

"I completely lost it. I mean I broke down," she said. "He [Dennis] held me and obviously the worst news that anybody – any parent could ever hear with your then 17-month-old son. So it was devastating."

Dennis was focused on next steps.

"I pretty much just wanted to know next steps," he said. "What do we do next. I knew it was a long road map. Eighteen months of treatment, in chunks. What do we do next to get him through this?"

Doctors said he was probably born with a type of cancer called Neuroblastoma, that usually effects babies and young children.

"From that point to the next fifteen, sixteen months - we were separated," said Kelli. "I mean, it was divide and conquer."

The family had to find a new normal.

"We spent many many nights in the hospital watching him sleep or just doing whatever we could to take care of him," said Dennis.

"A lot of times I found myself at the hospital by myself and it was lonely, " explained Kelli. "It was hard not to let myself go to a dark place because I knew how – and I think we all knew how important we felt it was for Isaac’s healing to bring light and happiness and positivity and positive energy into the room."

"It’s hard to see him there and there’s nothing you can do," said Dennis. "You know? It’s hard to watch him fight and totally rely on doctors and nurses to give him that care."

It was tough for their close-knit family. There weren't many opportunities for the four of them to have family time.

"Rarely did we have, in those fifteen months, time together, said Kelli. "And that was incredibly difficult on all of us. Particularly the kids - because they didn’t understand why."

"No evidence of disease," chimed in Kelli.

Now, they can finally enjoy some time together, thanks to some real-life angels on earth. The organization was founded by John Fahey.

"The Vacation Angel Network is a group of vacation rental home owners," said Fahey. "They open up their homes to families that have gone through some sort of hardship, like an injury or an illness - and just give them a chance after they’ve kind of come through it, to take a break and be together and be a family again."

The families are able to get away - for free.

"It’s amazing what they’re doing for families like ours and others who – for financial reasons or other reasons - they can’t afford to take trips," said Kelli. "It’s just really cool they’re giving people an opportunity and kids an opportunity to just breathe and watch our kids be kids."

A stunning spot in the woods is the the perfect place for the Williams family to get some R & R.

"We’re at Treehouse Point, which is Pete Nelson’s resort here in Fall City," said Fahey. "Isaac and Isaiah were very excited about the idea of being in a treehouse – spending the night in a treehouse. Pete was kind enough to make his property available for us."

The expert builder and TV star of the show Treehouse Masters was honored to help.

"As soon as they told me about it," said Nelson, "I said 'You have to come here, Treehouse Point. Bring these families here and let’s share this.' That’s what it’s all about."

We asked the kiddos if they were excited to stay in a treehouse.

"I don’t know cause I’ve never been in one - but I think it’s gonna be amazing!" added Isaiah.

Nelson gave them a tour of their soon-to-be retreat.

"Da-da-da-da... after you, family," said Nelson as he opened a gate and welcomed to the path leading to 'their' treehouse.

As they looked around the treehouse - the family was filled with wonder.

After all they've been through, time together in the trees - may be the best medicine.

"I would live here for sure," stated Isaiah. Little brother Isaac gave it two thumbs up.

"What stress? It’s like heaven on earth. Already they’re running around we’re at – I’m at - total peace. This is awesome." said Kelli.

"It’s rejuvenating for sure," added Dennis. "Something like this can bring you back."

Vacation Angel Network is a group of vacation rental homeowners who open up our homes to help those in need and to support a vast array of charities. Their mission: "When families go through an illness, an injury, or a tragic loss, sometimes little things can make a huge difference. Something as simple as a vacation can bring a small measure of joy to people when they need it the most. We provide that joy." Check out their website for more info.