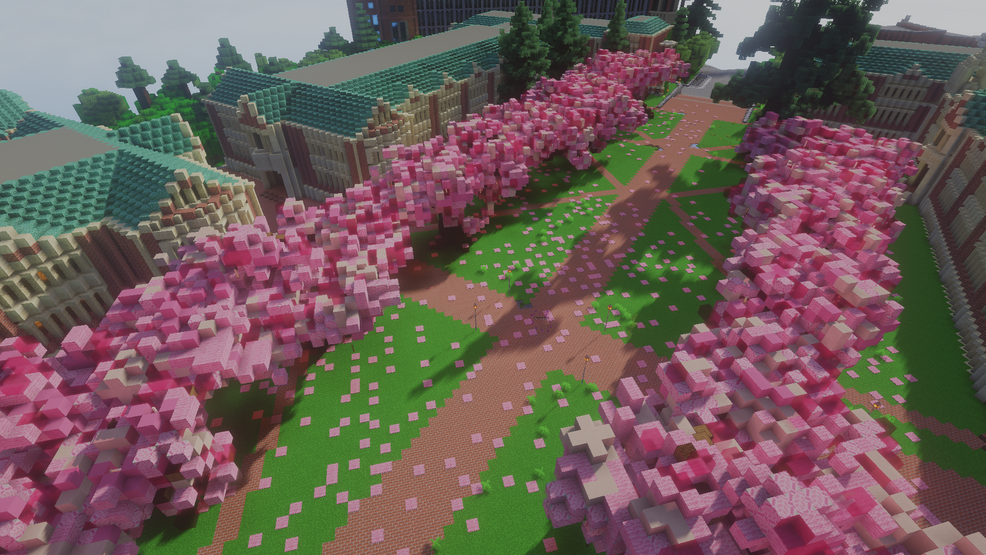 Six months ago, the University of Washington made national headlines when it appeared to be the first public university in the United States to move from in-person to virtual classes due to the COVID-19 outbreak.

"It all kind of happened really fast," said Ryan Angliss, a junior at UW majoring in computer science.

Transitioning to online school was quite a change for Angliss and many others. One day in mid-March, he was on the UW Reddit page when he came across a Minecraft server for students, past and present, as a way to interact with one another while apart. Minecraft is a sandbox video game from Mojang Studios.

After joining the server, Angliss said he saw others building there and decided to replicate one of the campus' libraries.

"I thought nothing of it and got off, and when I got on the next day, someone had posted a photo," he said. "People were like, 'I want to join.'"

They decided to start building the entire campus — and UDub Minecraft was born.

As of Sept. 22, they have about 80% of the campus built to scale. UDub Minecraft currently has 1,100 Discord members, 300 builders with various roles and has had more than 2,500 unique Minecraft players join since its inception. They host build parties and even held a virtual commencement ceremony for the Class of 2020.

"The timing of everything when everyone was in quarantine and lost all the interaction at school, it was a really great way for everyone to connect and experience UW at the same time," said Angliss, the creative director of UDub Minecraft.

They hope to finish the entire campus.

"For now, still in the pandemic," said Angliss, "it's great to have a safe place for people to hang out."