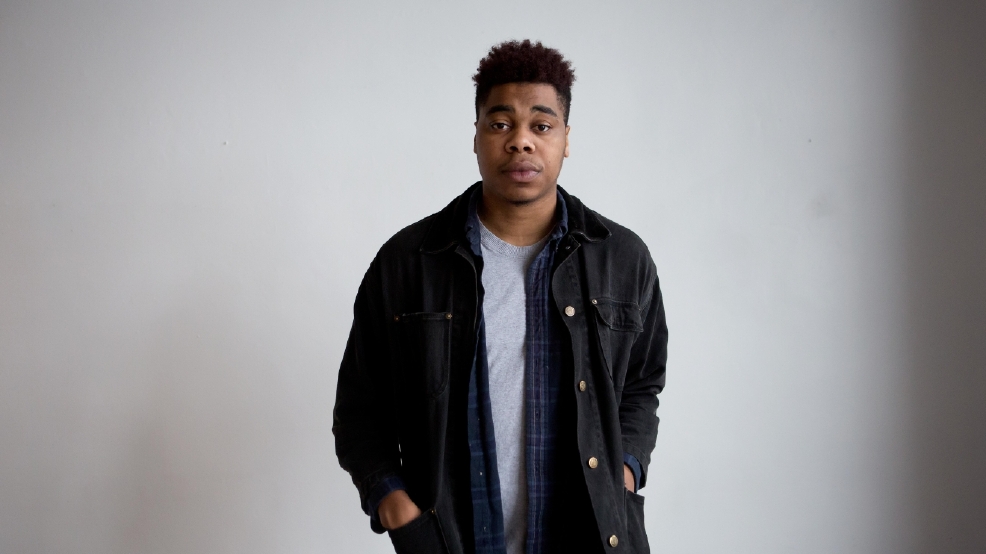 Rap artist Dave B talks about his music during an interview with Seattle Refined at the Piranha Shop in SODO, Thursday, March 9, 2017, in Seattle, Wash. Dave B will be among the 200 artists that will be performing at the music festival this May.
SEE MORE

Upstream Artist of the Week: Dave B.

We're partnering with Upstream Music Fest + Summit to bring the Pacific Northwest a whole new style of music festival we've never seen. Once a week for the next two months we'll be profiling local artists playing at the Festival, and speakers talking at the Summit - to start getting us all pumped up! If you're not recognizing any names - we encourage you to read on anyways. One of the main goals of Upstream is raising awareness of amazing local bands - that might not be on your radio (yet) - but are worth our time and attention.

The buzz around artist Dave B. seems to just keep growing.

"Everyday we kind of wake up to an email like, 'your song has been added to this playlist on Spotify' or something and it's a playlist that has like hundreds of thousands of followers," said the rapper. In recent years Seattle has gained the reputation of being one of the most divers and innovative hip hop scenes in the country, and Dave B. finds himself right in the middle of that scene.

The young artist grew up and went to high school in Renton, and it wasn't until recently that he moved to Capitol Hill.

"I mean I live literally right across the street from Neumos, so it's like so many different artists that pass through and walk down the street or whatever," he said. "Just here in Seattle - being part of the music scene and being able to create with all my friends and they're all so talented. I'm just really excited that they're all being able to perform here."

The Upstream Music Festival is an incredible opportunity to see Dave B and other local artists in action.

"We get like a spotlight, which is really cool," said Dave B. "We got Bumbershoot and other kind of festivals like Sasquatch that go on in the state of Washington. But we don't really get one that highlights the talent that's coming out of here. And that in itself is just really cool to me to see. When they announced the lineup and I was like 'Oh my God! I know so many of these people. And I make music with these people.' And to see that is just really dope, to have that kind of spotlight shined on our hometown."

Of course with dozens of venues and over 200 acts, there'll be some amazing artists from outside Seattle as well, it's the perfect place to discover new music. So who is Dave B. excited to see at the festival?

"Flying Lotus," he said without pause. "I've never seen him perform before. I listen to his music pretty often so I'm pretty excited for that."

The jazz-inspired hip-hop of Flying Lotus first garnered national attention producing music for Cartoon Network's 'Adult Swim'. Since then, Flying Lotus has collaborated with a wide variety of musical superstars from Snoop Dogg and Kendrick Lamar to Aphex Twin and Radiohead's Thom Yorke.

But no matter what kind of music you're into, Upstream is the perfect place to find your next favorite band.

"When I go to festivals and I'm more-so there to discover new music and that's kind of like Upstream, why it's so cool to me," he said. "Cause I mean there's a few artists that you might have heard of and a lot of artists that you might not have so moving around from venue to venue, stage to stage you just get the chance to fall in love with a new artist every time.