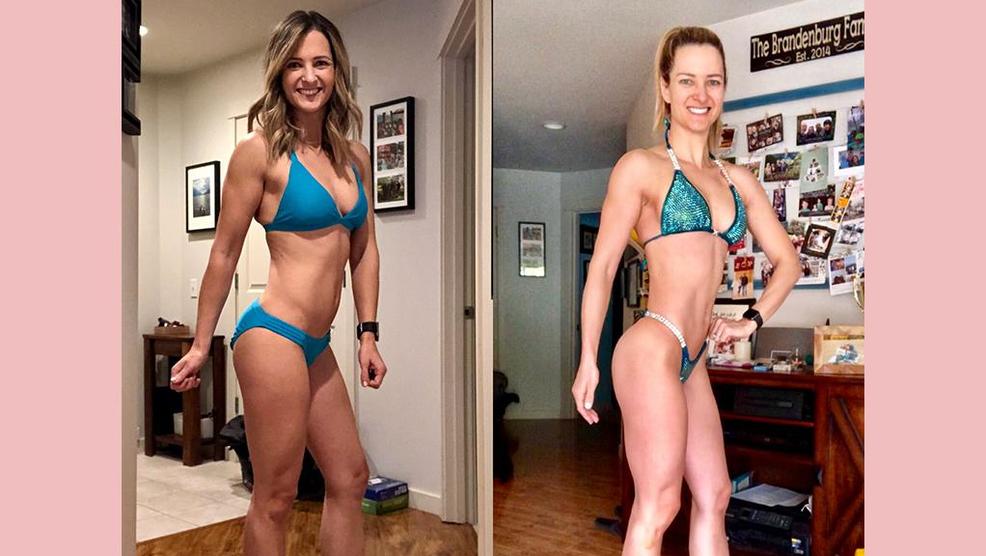 True Life: I had a mom-life crisis & signed up for a bodybuilding competition

It wasn’t an unfamiliar feeling - about six months after the birth of my first son in 2015 I had this overwhelming urge to prove to the world I was still myself, and not defined by my new title of “Mom.”

So I bought a scooter.

Nothing says “I’m not held down by a baby,” like two wheels, no car seat and a max speed of 30 MPH.

Fast forward three years, and son #2 came along. A few months later, true to form, I started to have this longing to feel like me again. And not just feel like me, but to prove to the world that I was still my own person. So, I decided to sign up for a bodybuilding competition.

No stranger to the gym, I’ve been lifting weights off and on since high school, and there had always been an interest in competing in the back of my mind, but the timing was never right. I knew it would take a big time commitment, and I knew I wanted to do it in a healthy way, so I did some research and hired a coach, with the intention of first putting on some muscle and eventually competing in spring 2019.

There are probably a lot of other ways I could have proved there’s more to my life than being a mom, so why this? A few reasons

I needed to get out of my house.

Seriously. While a gym-goer for most of my life, the past five years were spent doing at home workouts. Don’t get me wrong, I love working out at home, but two kids in a two bedroom condo means there is not a lot of extra space. My workouts were starting to stress me out. When I found myself becoming jealous of my husband anytime he left for an Orangetheory class, I realized I really needed to join a gym for my sanity.

The problem was, once I joined a gym I didn’t know where to start. Sure, I could have Googled a workout plan and figured something out, but I was four months postpartum, really wanted to reclaim my body, but had zero desire to hire a personal trainer. This is when the idea of competing popped in to my head. It would be hard, and take time, but what better way to force myself to get back in to shape (with the bonus of working toward a longtime goal.)

I wanted to do it again.

Full disclosure - technically, I’ve competed once before. Ten years ago. And it was basically on a whim. I decided four weeks prior to the show to enter (most people work for 12-20 weeks to get ready. Currently I’m in week 16.).

Not surprisingly, I didn’t place.

It was a fun experience, but not something I was ready to commit to at that time. I told myself one day I’d do it again, but this time I would go all in, with a good coach and enough time to really feel like I’d brought my best. It took ten years, but eventually the timing was right.

Seven months, nearly 200 workouts, dozens of hours practicing posing (it’s MUCH harder than it looks), hundreds of dollars spent on coaching, posing lessons, registration fees, and a sparkly swimsuit. Has it been challenging? Yes. Has it been fun? Yes. And in a few short days all of that hard work and time spent will culminate with an absurdly dark spray tan and about two minutes on stage to bring my best.

Follow Carey's journey on her Instagram @careyblifts - we've included some of her posts in the gallery. Go girl go!