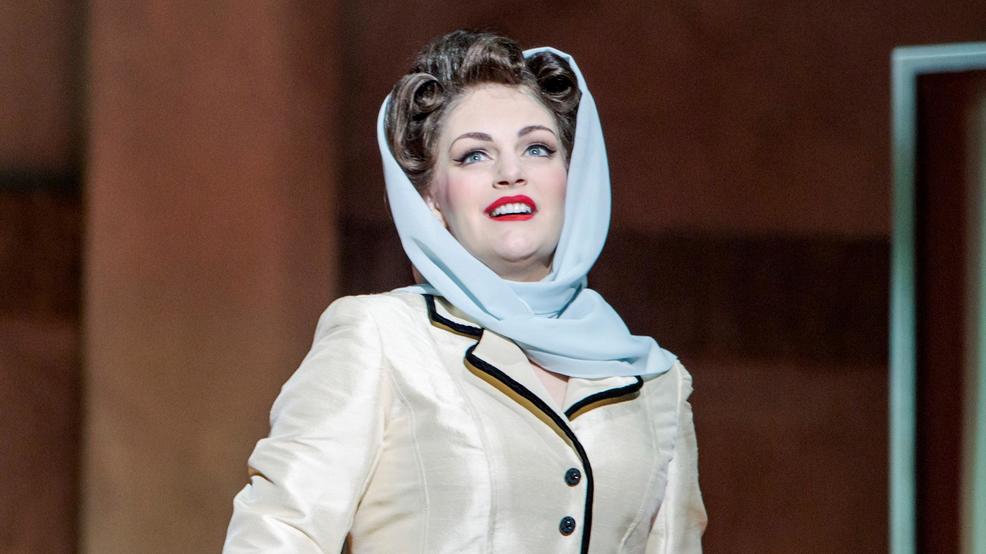 Timeless Songs, Incredible Dancing! It's 'Kiss Me Kate' at the 5th Avenue Theatre

It's considered one of the great musicals of all-time. Kiss Me Kate is a timeless story of love and loathing. A true battle of the sexes, set to the music of the legendary Cole Porter.

In "Kiss Me Kate," playing now at the 5th Avenue Theatre, a charming leading man and his movie star ex-wife try to reignite their careers by doing a musical version of William Shakespeare's Taming of the Shrew. Cayman Ilika stars as Lilli Vanessi, a strong, proud woman, who loves fiercely and isn't afraid to speak her mind.

"Lilli is a very confrontational person and I have found great joy in exploring that side of things. It's so much fun to let loose and be really, really angry in a time where women are feeling angry. It's good to get to release that anger in a positive way," said Ilika.

The show does deal with male-female power dynamics, and the creative team behind the production took great care to make sure the action on the stage will appeal to modern sensibilities.

"It's really about two equals who spar and love. It's like a Richard Burton, Elizabeth Taylor relationship," said Ilika.

Make no mistake, "Kiss Me Kate" is a rip roaring good time, and its Porter's songs that really set the tone.

"I think my favorite song to perform is 'I Hate Men', which is just so delightful. I don't hate men, but I love the song."

While Cayman gets to tackle some of the show's most iconic numbers, she tells us 'Tom, Dick and Harry' performed by castmate Robyn Hurder is a real showstopper.

"It's just so thrilling that you want to leap out of your seat! I started to cry the first time they did it in rehearsal, because it was so exciting."

Cayman is a fixture on the 5th Avenue stage. She's been performing there since high school, and attending shows a whole lot longer. Fittingly, one of her fondest memories came back in 2001, when the touring production of "Kiss Me Kate" stopped at the 5th.

"I was 14 or 15. Rachel York starred in it. She was glorious! The show was so exciting and fun, and I just remember sitting there thrilled to my bones with what a glorious experience it was celebrating show biz and the amazing score. So I'm very verklempt with getting to do it myself in the same place."

Cayman hopes everyone who sees the show will leave feeling buoyant, happy and hopeful, the same way she did all those years ago.

"The score will lift you up. The dancing, oh it's ecstatic. It truly is some of the greatest showstopping numbers you will ever see. And I think people will just leave feeling thrilled and delighted and lucky to live in a place where you can see live theater of this caliber."