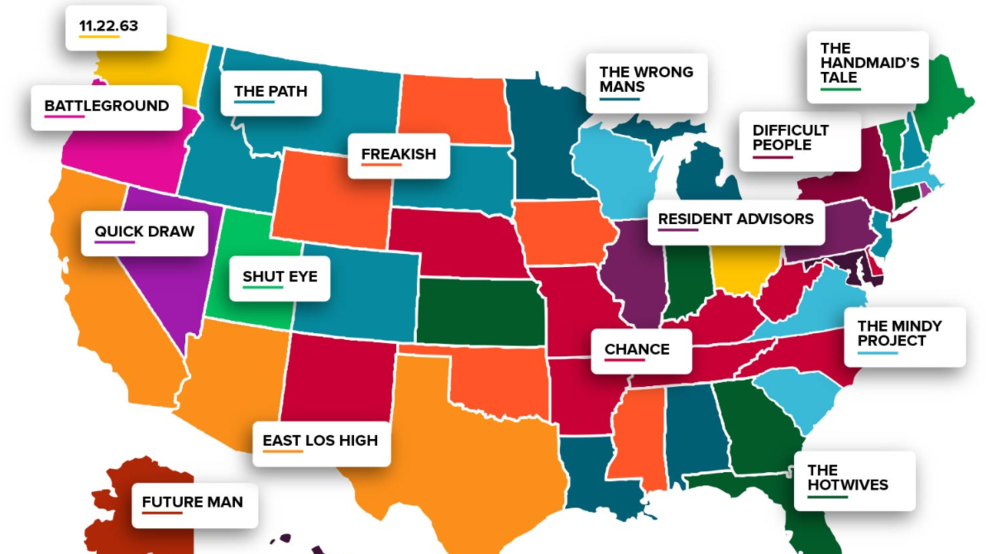 This is Washington's most popular Hulu series

Move over Netflix, Hulu is here and HERE TO STAY.

Because of the success and approaching third season premier of Handmaid's Tale, CenturyLinkQuote wanted to see which Hulu original series were each state's most popular.

And for Washington - it wasn't Handmaid's Tale. Kind of surprising considering the fact that everyone and their mother rants and raves about that show, right?

I've never in my life heard of it, so here's CenturyLink's synopsis:

J.J. Abrams brings Stephen King’s science fiction book 11/22/63 to the TV screen in this mini-series starring James Franco. Franco plays Jake Epping, a teacher who is given the opportunity to travel back in time to 1960 in Dallas, Texas. Epping is tasked with preventing the assassination of John F. Kennedy.

What do you think? Learn more at CenturyLinkQuote..com.