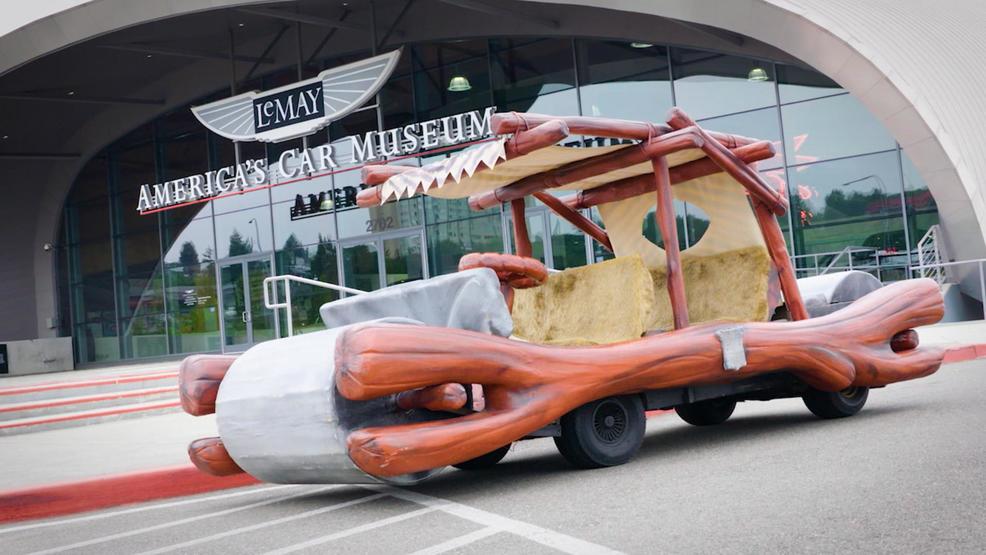 This Car Rocks! Literally - It's the Flintstones' Car

Lemay, America's Car Museum in Tacoma is home to hundreds of antique cars but the oldest is from the Stone Age! It's a real-life "Flintstone-mobile" created for the 1994 live-action"The Flintstones" movie from Universal Pictures. This car was built by famed hot-rodder George Barris, and if that name doesn't ring a bell, you know his work.

Barris was the brains behind the original Batmobile from the original "Batman" television show, The General Lee from "The Dukes of Hazard", K.I.T.T. from "Knight Rider", Greased Lightning from "Grease" - along with family transportation for "The Beverly Hillbillies" and "The Munsters".

When it comes to movie and TV cars, Barris is a legend.

"It was actually built on a golf cart frame," said Renee Crist from LeMay, America's Car Museum about the Flintstones-mobile.

Basics like wheels and the accelerator pedal were carried over from the golf cart but everything else is 100 percent Barris Kustom, said Crist. Including the "tree trunk" body and "stone" wheels formed from fiberglass. Few things are set in stone at LeMay but this car is part of the museum's permanent collection.