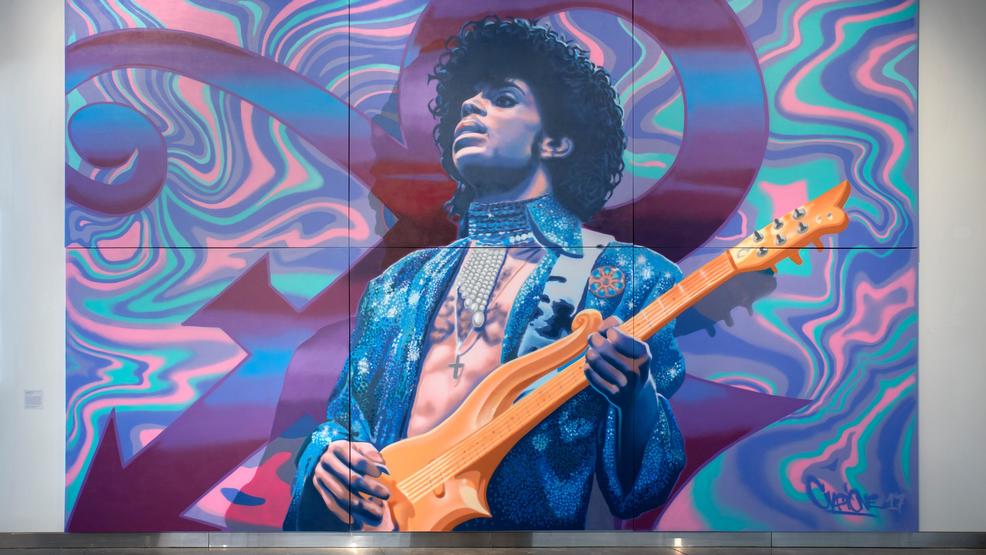 The 'Prince From Minneapolis' exhibition [purple] reigns at MoPOP

The enigmatic entertainer blended musical styles, broke down gender stereotypes and had a flamboyant sense of fashion. And now you can get up close and personal with pieces from The Purple One's life.

"This exhibition is called Prince from Minneapolis," said Brooks Peck, senior curator at The Museum of Pop Culture at the Seattle Center. "It was created by the Wiseman Art Museum in Minneapolis, and it is a photo show mostly all about Prince. All about Prince's his growth as an artist."

There is definitely a ton of purple, we'll say that! Peck took us on a little tour around the exhibition to see some of his favorites, like a cloud guitar created by a luthier named Andy Beech.

"[Beech] actually lives in the Northwest, in Bellingham," said Peck. "Prince loved this design - he had actually 34 of this model made in all different colors."

"This is Prince at 19 years old," said Peck. "But in these pictures, I think you see this Prince that we rarely see ever again - he's just starting to experiment with like 'How am I as an artist? What do I look like?' I just really love the ones where he's smiling. I mean, later you never see him smile like this."

"Some of the really really surprising things for me are the artworks by other artists," said Beck. "Who are taking [an] image and they're interpreting it in their own way."

Like Troy Gua, a local artist whose work is also included in the exhibition.

"He creates these sort of miniature scenes, 3D scenes with - honestly I don't know what you'd call it - it's like a doll of Prince that he created," said Beck. "He was inspired by marionettes and he stages them, then he takes a picture. So he recreates some of the really iconic Prince moments."

There are also some...different pieces.

"Seed art!" said Peck. "Created by a women from the midwest who kind of pioneered creating these 2D artworks out of rice grains and timothy glass seeds and things like that."

There's also an art bicycle - or as some folks call it, rideable art. And yup, you guessed it - it's purple. From a Prince mural to a shirt he wore in the movie "Purple Rain", to the official Pantone Color named for him - there are nearly 50 artifacts to see. Peck hopes that people leave inspired.

"We're used to thinking of Prince as this flamboyant dramatic performer but behind the scenes it was all carefully thought out," he said. "And I think that story comes through and it's a cool story."