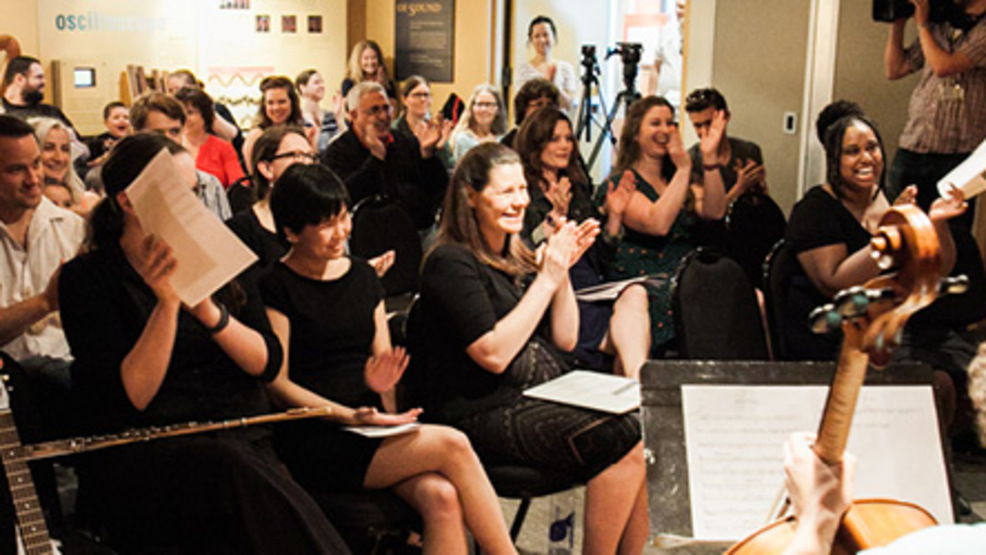 We all know Seattle is home to incredible restaurants and entertainment, but it's the people who make this city so great. That's why we love sharing truly inspiring stories that leave us speechless.

This, is one of them.

We recently had the privilege of meeting Sabrina, a local mother staying at Mary's Place with her husband and two babies, looking to find strength in the The Lullaby Project. The project is a partnership between Mary's Place and the Seattle Symphony that allows homeless mothers to compose songs they've written for their children

"I think the amazing part of The Lullaby Project is you can see the transformation take place almost right away," said Marty Hartman, Executive Director at Mary's Place.

Sabrina was overcome with emotion during the writing of and practicing of her lullaby, "Sleepy Dreamer."

"The first verse is about mine and my husband's relationship and being together when it's just us and the adventures we could have, we could do anything by ourselves," explained Sabrina. "And, the second verse is about my daughter. This is amazing, new addition - this is exciting. And the third verse is scary, what are we doing, we have two babies now, this is crazy, this is scary. But, I end up saying it's ok, it's ok, we can make it. And the fourth verse is about hope. Hope for our future, hope for our family."

After a tearful practice, Sabrina took the stage at Benaroya Hall to record her lullaby.

"It seemed like to her to bring it to life here, to record it here on this stage with Seattle Symphony musicians, she was really overwhelmed with emotion," said Jeffrey Barker, Seattle Symphony Associate Principal Flute. "She kept saying it was a dream come true. To be involved in that in any way, to be a small part of bringing that to life was so special for me. From my perspective, it was all her. She wrote it and she’s singing it. And we’re just filling in the missing pieces. It felt like it was really her own thing. But to her, I think she thinks it’s just an amazing experience to have this come to life in this way."

The week after her lullaby was recorded, Sabrina took part in the sharing session and heard the recording for the first time.

"What was really touching at the sharing session was just hearing how meaningful these songs and the CD are for these parents," explained Laura Reynolds, Seattle Symphony Director of Education & Community Engagement. "They talked a lot about how being homeless they don't have a lot of things. And these songs are a way to create family heirlooms that they can pass on to their children. "

Most mothers leave it to the Symphony to perform their lullabies in a special Mother's Day concert, but not Sabrina. She's the only one this year to perform in front of family and friends. And, through the power of song and determination, her musical wish came true.

"We got called for a house, so we'll hopefully know in the next week. But we may be getting housing very soon," said Sabrina. "Now my song really is a story. Because the last verse was supposed to be about a home and our hopes for the future. And, now we have very close to a home and many more hopes for the future. We're going to be so happy from now on."