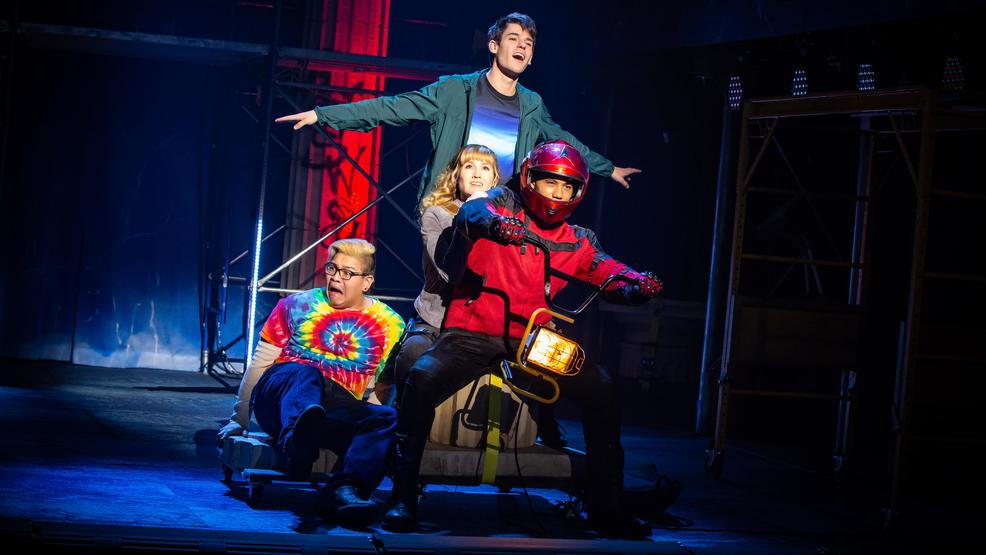 'The Lightning Thief: The Percy Jackson Musical' is the story of an typical tween who discovers he's actually a demigod. Percy and his friends go on a quest to find Zeus's thunderbolt and prevent a war between the Greek Gods. (Photo: Jeremy Daniel)
SEE MORE

'The Lightning Thief: The Percy Jackson Musical' is a gift from the [Greek] Gods

"'The Lightning Thief: The Percy Jackson Musical' is all about a boy who is not your normal hero," explained star Chris McCarrell, who plays Percy Jackson. "He has ADHD, dyslexia, he struggles in school, he has a single parent family. And it's all about him realizing that all these perceived weaknesses are hints that he is half of a Greek god."

Percy is a a typical tween who discovers he's actually a dynamic demigod...

"Percy is just trying to mind his own business on this field trip and all of the sudden he's taken into another room and his substitute teacher sprouts wings and starts wrecking the place," said McCarrell.

Turns out he has special powers. He's the son of the Greek God, Poseidon.

The young hero has to find Zeus' lightning bolt and prevent a war between the Gods. The soaring tunes enhance the tale.

"The music is this awesome rock score with lyrics that hint at quotes from the books," he said. "So there's a lot of Easter eggs from the books with throughout the music."

If the story sounds familiar, it's because it's based on the bestselling book.

"It's weird when you adapt a book into a musical," said McCarrell. "It's almost like you're the millionth person to play Percy - cause each person who reads the book, they create Percy in their mind."

"The Lightning Thief" author Rick Riordan is a fan of the stage adaptation.

"He's so supportive of of the musical because we honor what was so special about the books," said McCarrell. "That's kind of our secret sauce in our show."

The musical is partly inspired by ancient mythology - but it's also very relatable.

"Sometimes growing up life throws you curve balls, and sometimes there are substitute teachers turning into monsters, and sometimes it's God-knows-what," he said. "But I think situations feel that big and they feel that unexpected when you're trying to navigate middle or high school."

"The Lightning Thief" may be about demigods but it has an illuminating message for us mortals.

"Taking into account what makes you different, what makes you strong - even if no one from the external world is telling you to look at yourself that way."

Catch 'The Lightning Thief: The Percy Jackson Musical" on stage at The 5th Avenue Theatre through April 28, 2019.