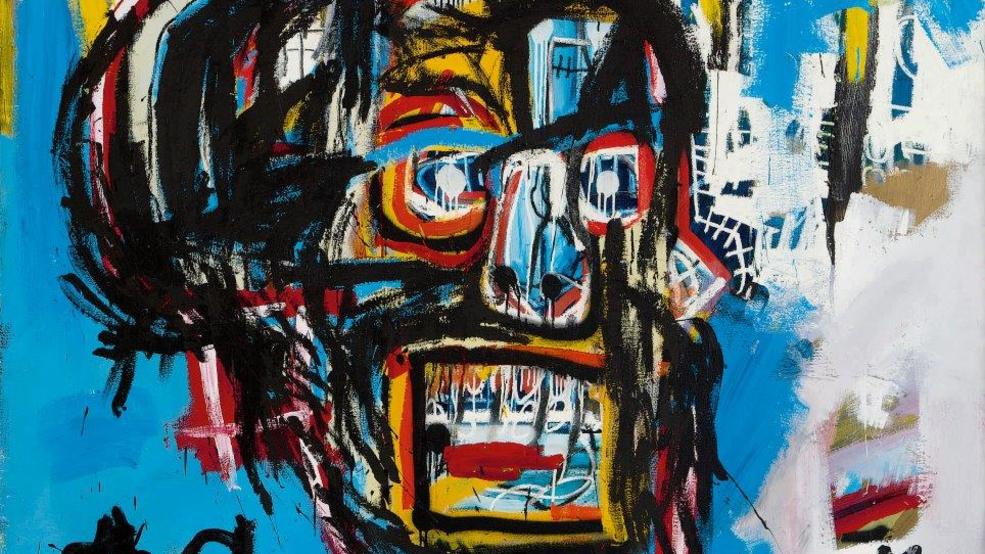 Scribbles, strokes and swathes of color. And in the center, an image of a skull - giving this piece of art an electric energy.

"To understand the rawness of the expression, you have to be right here in front of the painting," explains Catharina Manchanda, Jon & Mary Shirley Curator of Modern & Contemporary Art at Seattle Art Museum. The piece is currently on display at SAM as a one painting exhibition.

"This painting is from 1982. It's called 'Untitled,'" says Manchanda. "It shows this really animated head of a figure, and it you look closely, you can see that there are all these different layers on on the face - if you will. The mouth is kind of wide open, talking, screaming, singing - maybe just breathing."

The colors that Basquiat used in this work are bright and bold, the primary color palettes of red, yellow and blue...with many other hues underneath.

There's so much going on here, you sense the artist was playing with process.

"For me as a curator, I am interested in great art, great artists and their ideas," said Manchanda. "So for me, that's more important that the clearly extraordinary price for which this painting sold."

Extraordinary may be an understatement in this case. Japanese billionaire Yusaku Maezawa purchased 'Untitled' at auction last year for $110. 5 million - making it the priciest painting ever sold by an American artist. He made the announcement on Instagram. The art is currently on tour thanks to Maezawa.

Turns out buying a Basquiat back in the day would have been a good investment!

"If you would have bought a Basquiat right there in the early 1980s, you would have been able to purchase a work for a few thousand dollars," said Manchanda. "Jean-Michel Basquiat was one of the great early stars, as an African-American painter, as someone that was also engaged with the dynamics of the street [and] wanted to bring that to painting and really revolutionized and found a new form of expression."

There was nothing boring about Basquiat, including who he hung out with.

"He was close friends with Andy Warhol," said Marchanda. "So we have a terrific opportunity, kind of giving viewers a dialogue between Basquiat and Warhol because our own great Andy Warhol painting 'Double Elvis' is kind of across the hallway from it. They're back together."

The enigmatic artist died at age 27, but his work continues to captivate. We asked a few of the folks at the 'Unititled' exhibit to share their reactions.

"It wants you to grab your attention and look at it," exclaims Gage Hopkins.

"I think it's crazy cool. The colors are bright it has a lot of chaos going on in it it's neat to see in real life," says Natalie Olson with a smile.

You can see 'Untitled' by Jean-Michel Basquiat at Seattle Art Museum through August 13, 2018.