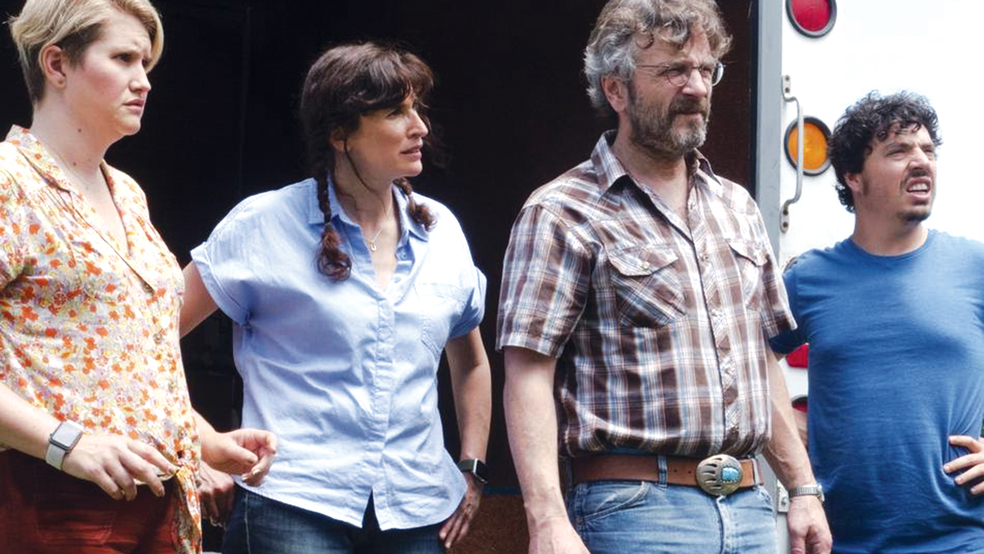 Chatting with writer-director Lynn Shelton of 'Sword of Trust', opening film of SIFF

SIFF is officially in full swing, and it was a Seattle native that kicked off the 25-day festival at yesterday's Opening Night Gala with her latest film, "Sword of Trust".

“It means a lot," said writer-director Lynn Shelton of the honor. "It’s a big deal. I always think the Opening Night Gala of SIFF as being one of the very few times in this city where people put away their Gore-Tex. They take out their feather boas and diamonds."

Shelton's film is a comedy caper that dives into a conspiracy theory involving a Civil War relic that, to some, proves the Confederacy actually won the war. Starring comedians Marc Maron, Jillian Bell, and Michaela Watkins, "Sword of Trust" is, first and foremost, a character study, and Shelton was particular about who she brought in front of the camera.

“A lot of it was creating characters around performers I wanted to work with," Shelton said. "I wanted to assemble the funniest group of people. They had to be good improvisers as well. They’re all geniuses."

The first of Shelton's eight feature films to be shot outside of Washington, "Sword of Trust" was largely improvised. The general outline and plot development was predetermined, but each scene was left to the able hands of the performers like Maron who's been performing stand-up for over 30 years.

“All the takes become fresh and new, and you can feel that," Maron said about the benefits of improvising in a film. "When you watch the movie, there’s an organic vibe to the comedy. It’s all-natural. It delivers. I was surprised. It reminds you of how unfunny other things are when you see something as funny as this is, which was improvised. When you watch big movie comedies, they are kind of wrought in terms of, everything is so written and so big and so scripted.”

Though the film's scheduled release date isn't until July, those in attendance of last night's SIFF event were given a very special preview. The recognition, not to mention Seattle's version of pomp and circumstance, is just as special for Shelton as it is for those lining up to see her work.

"It’s a fun event. It’s a huge hall. There aren’t a lot of opportunities to see your movie in front of over 2,000 people."