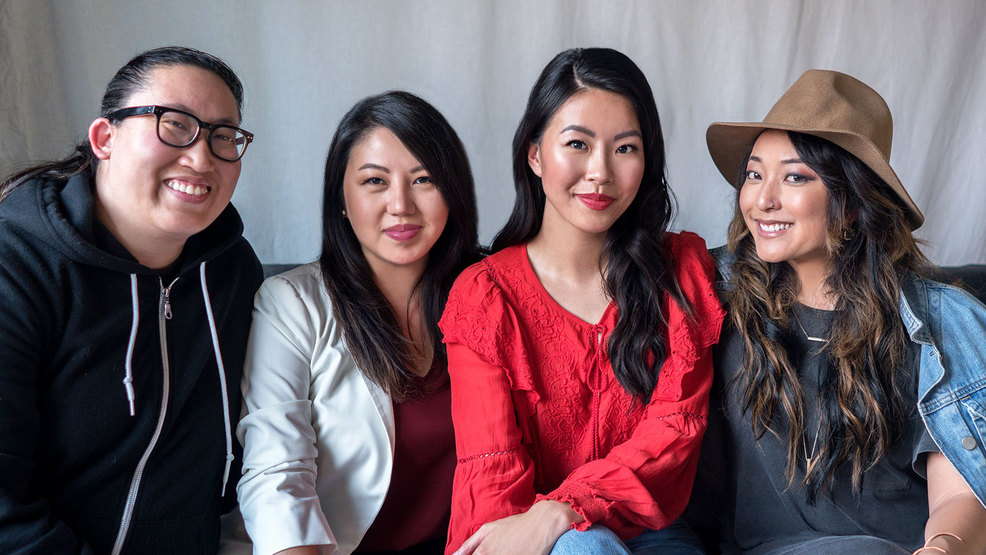 Carolyn Yuen-Marino is a high school English teacher by day and style blogger/social influencer by night. And just to add a couple more things into the mix...she's now earned the title of show creator, actress and producer.

Yuen-Marino moved to Seattle from Hong Kong when she was in 1st grade.

"I learned English from reading Dr. Seuss books!" she said. "That was a confusing start, because I thought everything in English rhymed. But I ended up loving English and was an avid reader/writer my whole life."

The web series is a comedy-drama that follows four Asian American women through their experiences growing up and soul-searching. The show explores their professional journeys, vices, relationships, cultures, and sexualities.

"I created Sweet & Power because I want to watch a show like this on Netflix!" said Yuen-Marino. "I want to see more strong female leads who are complex, sometimes vulgar, and flawed, but also fiercely loyal, ambitious, and funny!"

She says she'd love to write for TV shows, or have her own YouTube production company and create more videos.

"[I'd love to] take the concept of Sweet & Power to Netflix/HBO (hit me up!)," she laughs. "I'm open to whatever the universe has in store!"

The first episode is already up, and it's getting big kudos.

She used to hate Chinese American food, because it seemed like a bastardization of real Chinese food.

"But then as I learned more about the Chinese Exclusion Act and Chinese history in America, I realized that food was a way that Chinese people found acceptance," she said. "So Asian fusion food shows the grit and resilience of immigrants. I also wanted to juxtapose the words Sweet & Power. Sometimes Asian American women are portrayed as quiet and demure - maybe initially, but I don’t know any of my Asian girlfriends who are like that! I want to show that power doesn’t mean it has to be the loudest voice in the room. Strength and power can come in many different forms."

The 1st season is 5 episodes long. If enough money is raised through crowdfunding, then her team will create a 2nd season. Check out Sweet & Power HERE. If you want to contribute to the crowdfunding efforts, go HERE.