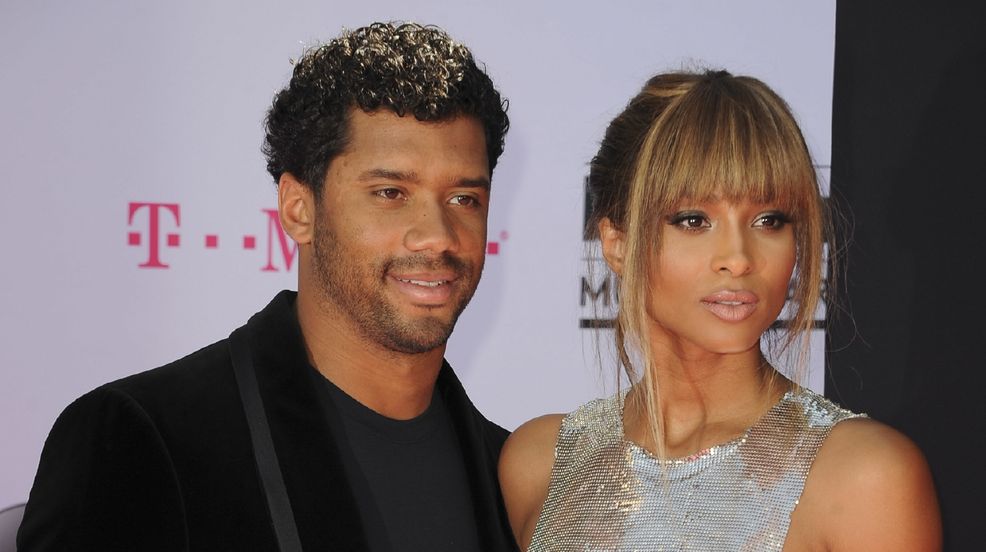 As you may know, Seahawks quarterback Russell Wilson and award-winning singer Ciara are expecting baby #3. Ciara is mother to Future Jr. with her ex, rapper Future, and Sienna Princess is her and Wilson's first biological child together. They announced baby #3 in January.

Today (April 14), on both of their Instagrams and Twitters, the couple shared a video revealing the sex of the baby.

In the video, the couple is joined by both children in front of palm trees and blue skies. Ciara asks if they want a boy or a girl, and both kids said they hope it's a boy. After several seconds, Wilson and Ciara shoot colored powder and confetti into the air, and bursts of blue float into the sky.

It looks like they got their wish, and they were very excited about it. The video ends with the happy couple dancing while chanting, "It's a boy! It's a boy!"

Congrats to the whole family!