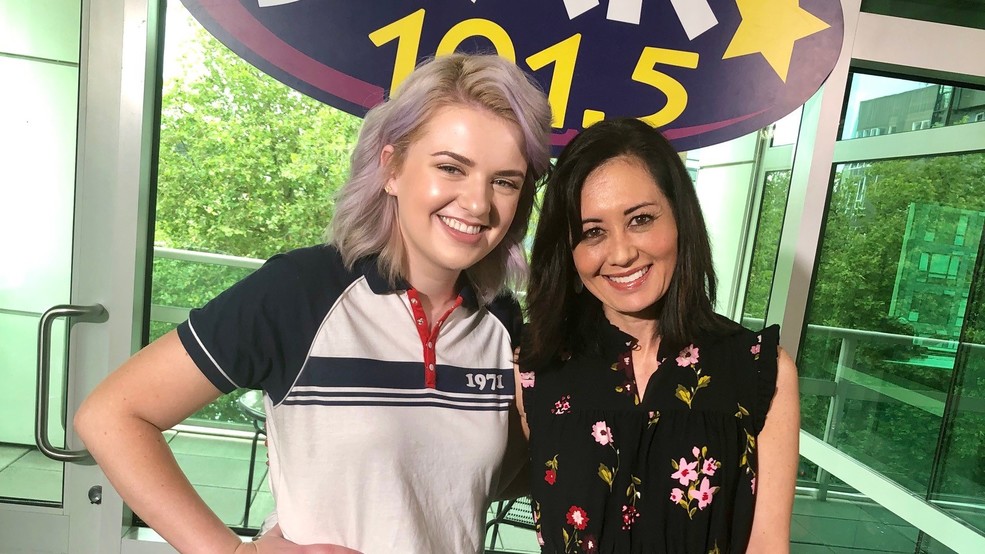 It was just a gal and her guitar...when singing sensation Maddie Poppe performed for fans at Star 101.5 Radio Station.

Her charm, charisma, and incredible talent, were shining through. It's clear, at just age 21, this artist is comfortable anywhere, from intimate settings like this, to the immense American Idol show stage.

"I saw the card with my name on it before he announced it," Poppe said. "It was like this big how could I not see that?"

"But anyways when he really like announced my name, when it happened it was like I couldn’t believe it. I guess I kinda had a flashback of every hard time on the show and every time I thought I couldn’t do it or anytime I heard no and it was just kind of like man I can’t believe I can do this," she said.

Poppe has watched every year of American Idol.

"I know how it works, I know the cast comes up and they sing, but you know, at the moment I had no idea. Someone came [up] behind me and everyone gave me a hug and when I felt all those people I let out like a yelp and I think you can hear it in the clip it was such an awesome moment," said Poppe. "I couldn't sing because I was crying and I was just passing the mic around."

"And also I couldn’t sing cause I was crying I was just passing the mic around," she said.

Right by her side, Caleb Lee Hutchinson, the idol runner-up, and her boyfriend! The two are still together, but there's also a new project that's also close to her heart.

"I’m really excited about it. It just came out and I named it 'Whirlwind' cause it was kind of a whirlwind making it," Poppe said. "I’m sure there’s like over a hundred producers, songwriters, musicianss on it so it was just like it happened so quickly and I kinda had to get this album together so quick and honestly there’s a lot of different genres on the album but that’s what I wanted to do."

There are so many great songs including her latest hit.

"You know what, I can’t take a ton of credit for the writing cause I walked in my last day in LA and really hoped we could write something awesome and they had already kinda had this song together so I did help write the bridge but I can’t take credit for it," Poppe said.

Always modest, Maddi Poppe is making her mark on the music world and we're sure to be seeing and hearing much more from this amazing artist.