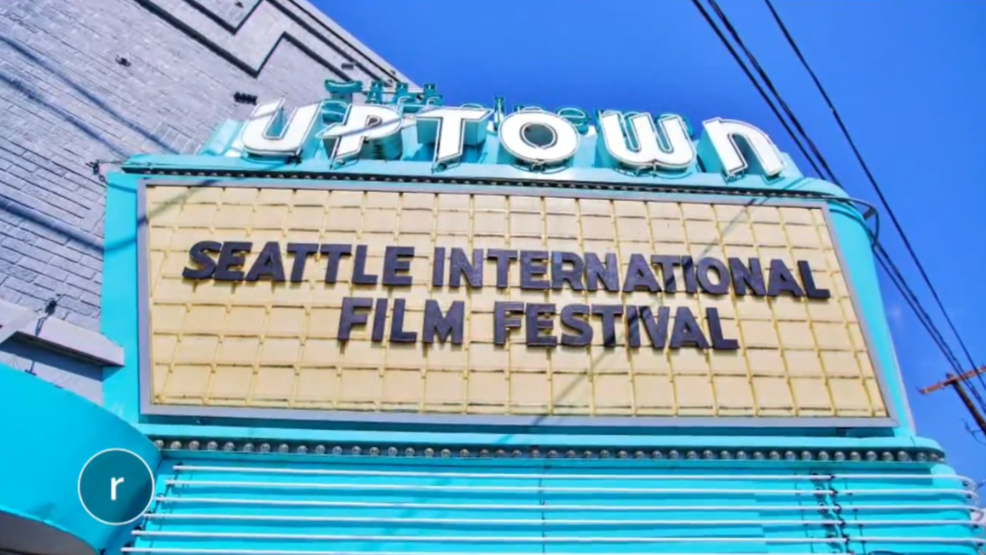 Meet Carley Callahan, the woman who basically runs the show at SIFF

This time of year Carley Callahan is constantly in motion.

"It's just non-stop. I have many, many insoles for my shoes," said Callahan. "I usually take the stairs in Pacific Place to the AMC up there just because it kind of clears my head. I honestly think it's the reason I keep everything straight."

Callahan is the Seattle International Film Festival's Operations Manager which means she's responsible for a lot. On opening night of the festival she averages about 10 miles and over the course of the festival, just a slight five miles each day.

"[The] job entails, for big festivals, overseeing all of our screening venues, the festival lounge and our production team," said Callahan. "So basically programming programs the films, the box office sells the tickets and my team takes care of everything else."

Everything else includes overseeing SIFF's production team, festival lounge, and every single one of the screening venues.

"The venue crew is basically the team that runs the theaters. There's a bunch of positions within that. It takes an army to run this theater, this is a big one. It has 670 seats so a really key one out here is a strong line of volunteers," said Callahan.

Callahan joined SIFF after working at some of the biggest film festivals in the U.S. like Telluride, Tribeca, and Sundance.

"I was in my [junior year of college and] was doing event production and curatorial work and was very tired of being in a classroom," said Callahan. "I was really spending more time going out and doing gigs. I got a PA job at the Telluride film festival and while I was there someone who worked for the Sundance Film Festival asked if I had ever heard of Sundance. [Then the same thing happened for Tribeca Film Festival] and now I am here!"

She had never been to Seattle before and moved here on a whim.

"I moved here two months before the 2017 festival which is a little bit trial by fire and now here I am. Festival number three," said Callahan.

Three years in she knows one thing for sure, putting on America's largest film festival is a team sport. One that requires hundreds of staff and volunteers. Callahan's job is to fill in the gaps and that means during SIFF, everyday is different.

"My favorite part of the job is that it's different every day. I do have a lot of moments where it's like, today my job is to be Sam Elliot's body guard or today my job is to line manage at the Uptown because we don't have enough volunteers or, today my day is bartending at this event for whatever reason," said Callahan. "I think that's a fun exciting reason to get out of bed every single day."

The hardest thing for Callahan is the length of the festival itself - 25 days.

"[The hardest thing, because of the length of the festival,] is keeping staff and volunteers spirits alive. Making sure that they're resting, that they're taking care of themselves and their co-workers."

Ask Callahan and she'll tell you the the thing that makes SIFF special is Seattle itself. At it's core, it's a festival the the city. A reflection of what's going on in our community and seeing it all come together is what makes all that running worth it.

Be sure to watch Callahan's interview in the clip above!