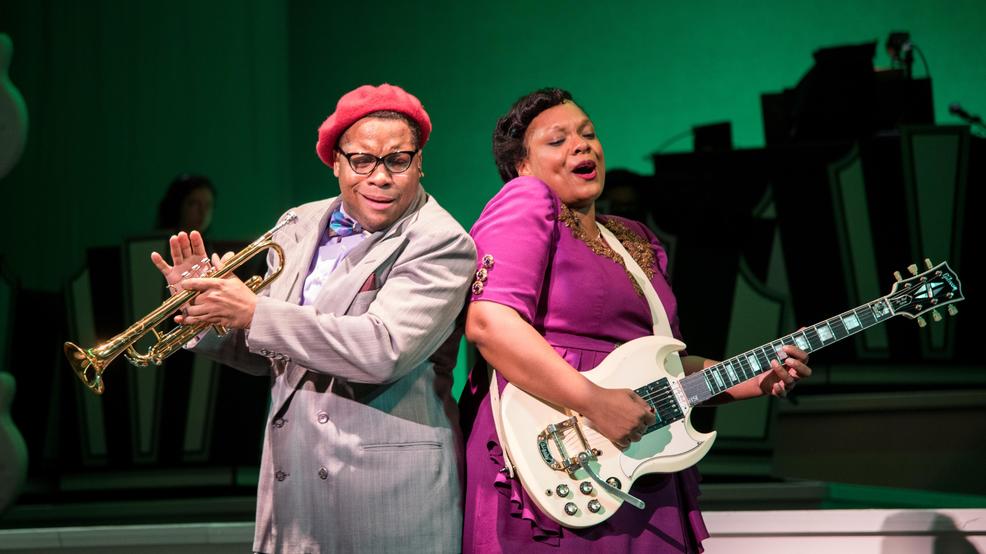 A new musical at the Seattle Repertory Theatre is blowing audiences away! "Shout Sister Shout" is about the life and legacy of the Godmother of Rock 'n' Roll Sister Rosetta Tharpe.

"I always say this is the story of a woman who you didn't know you already knew," said Carrie Compere who plays the lead role, "She was a beautiful black woman from Arkansas who influenced people who are icons including Elvis Presley, Jerry Lee Lewis, Johnny Cash and Little Richard."

Carrie Compere brings Sister Rosetta back to life every night and belts out dozens of her tunes. She even breaks the fourth wall with the audience to make you feel like you are at one of Tharpe's concerts in the 1930s, '40s or '50s.

"I barely leave the stage," said Compere, "Every night when we finish this show I go in my dressing room and say an angel got it wings because there is so much in this show."

It's not just Carrie. The entire cast brings it every night including Nehemiah Hooks who plays the stage manager and is in the ensemble.

"It means a lot to be able to tell such a wonderful story that needs to be told," said Hooks, "To be a part of this new piece of work is such a privilege."

"Shout Sister Shout!" the musical was written by well-known Seattle Rep playwright Cheryl West and it's been in the making for years.

"Randy Johnson our director was in Cleveland at the Rock 'n' Roll Hall of Fame," said Hooks, "He went through the gift shop and saw a book called Shout Sister Shout and thought it was a great title for a musical. He presented the book to her [Cheryl] and she already had read it and they decided to do it."

Now, a whole new generation is being introduced to Sister Rosetta Tharpe through this energized musical.

Sister Rosetta passed away in the '70s and was only just inducted into the Rock N' Roll Hall of Fame in 2018.

So we had to ask... what would she think of the musical?

"I think she would be ecstatic," said Compere, "To know she was getting the recognition she deserves and to see the real impact that's she made in the music culture. I think she could sit back and enjoy it"