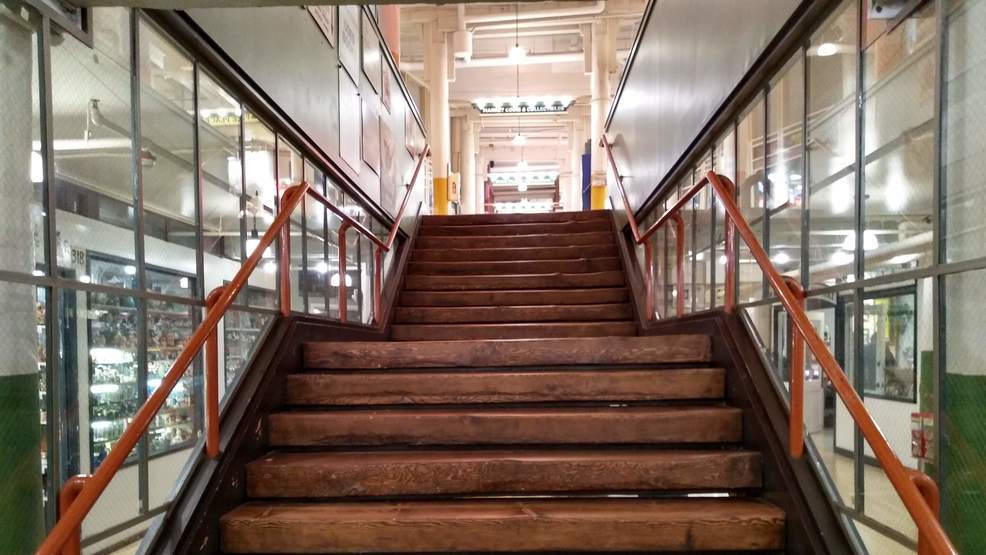 No one quite remembers how they wound up in the lower floors of Pike Place Market. Sometimes an errant bouncy ball gets away and someone chases it down the stairs, sometimes a ghost beckons you to come down, and sometimes you need a break from the running of the tourists on the main floor.

Whatever the case, you find yourself in the bowels of the market, with the exit nowhere in sight and surrounded by shops you've never seen before. It's like Narnia with merchandise.

Before heading down for the first time, I didn't think there were shops. I assumed a creepy sewer system with crocodiles, a really big coat room, or perhaps it was the place where they stored part of the line for Piroshky Piroshky. Who knew you could buy things down there too?

The cavernous hallways seem to stretch forever with an endless supply of random stores around every corner. Polish Pottery Place probably has the least creative name of them all (“We're a place that has Polish pottery so let's just call it Polish Pottery Place”), but their wares are beautiful. The shelves are filled with crafts like your grandmother used to own, except these are better.

MarninSaylor is a brightly lit store which sells plush toys that are half pet, half pastry, like donut cats and honey bun bunnies. Or take Osara Commissary, the cute Japanese gift store unmissable due to the giant fake box of Pocky out front.

As you walk around and see shops for miniature cars, old coins, magic trick supplies, vintage magazines, comic book collectables, and sports cards, a theme begins to emerge: the lower floors are for nerds. I like many of those things too, but let's not kid each other. It feels like the high school nerd clubs in the basement all over again. Why must you shun your nerds by hiding them downstairs, Pike Place Market? Because those stores can't afford the rent upstairs? Ok, I guess that makes sense.

Which brings us to a theory of mine: This is difficult to prove, but I'm pretty sure that when a downstairs shop starts doing really well, an elaborate elevator system moves the whole shop upstairs to give them a chance in prime time. It probably functions in a punitive manner as well. The worse a shop does, the farther away from foot traffic it's placed, until eventually a failing shop is rocketed out the side of the market and into Elliot Bay.

Is there anything to eat downstairs? Yes, especially if you like wine, candy, and Chinese food. Because with the exception of Sound View Cafe, that's about the extent of the menu, with Sweetie's Candy, The Candy Store, Pike Place Chinese Cuisine, and Northwest Tastings Wine Bar. So if an earthquake occurred and you somehow got stuck downstairs, you'd be mostly forced to survive on one of those three things, which is not far off my current diet.

There are upwards of 50 or so shops in the lower levels of Pike Place, and eventually after wondering around quiet hallways and staircases that seem to go nowhere, you will become a bit dazed, soon realizing that Sprinkler Control Room is not a store and that you've seen everything. It's time to go back upstairs.

Not so easy as you'd think, though. The first time I tried to leave I just emerged from the other side like when Neo tries to leave that magic subway in the second Matrix. I then tried following a customer but they turned out to be one of the many ghosts and disappeared into a painting. It seemed like I'd never leave, until a friendly red helium balloon showed me the way out. Thank God for that.

When I got back upstairs the market had added several level and tourists were flying to the shops on jet packs. It turns out time passes slowly in the lower Pike Place floors and many years had elapsed since I went below.

But that's neither here nor there. What I'm trying to say is that there are plenty of good shops downstairs and you should check them out. There are some good ones upstairs, too.