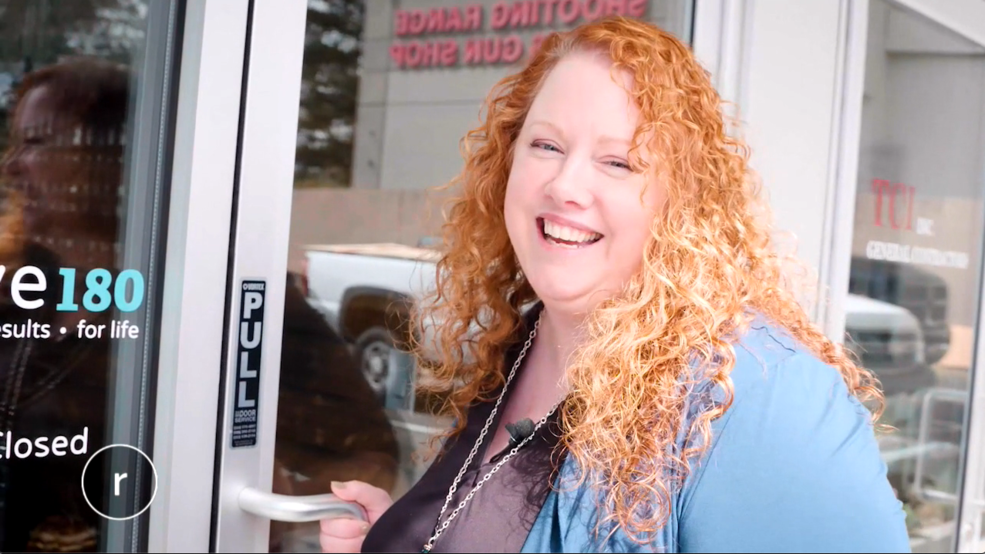 Evolve180 is a weight loss studio in Bellevue. Their customized weight loss solutions help you slim down in a way that works with your body and your life.
SEE MORE

Sherene lost 100 pounds but gained it back: Now she's on track for PERMANENT weight loss!

Sherene Kershner has been overweight since she was a child - her mother put her on a 500-calorie per day diet when she was just 11 years old. Sure, genetics played a role in the never-ending quest for a perfect number on the scale (her parents and siblings were also obese), but Kershner says she felt pressured her entire life by "the industry" to lose weight.

Fast forward to Kershner's adult life: in 2011, she weighed in at just over 325 pounds. The lifelong struggle with weight had led to many health problems like high cholesterol and borderline high blood sugar for the tech industry employee. She started having dizzy spells from blood pressure spikes, and Kershner's cardiologist told her she was at high risk for cardiac complications and stroke.

"It was very frightening. I felt like I was strapped to the front of a runaway freight train toward death, and I couldn't get off," Kershner said. "My dad died because he had so many complications from type 2 diabetes and metabolic syndrome, that they couldn't even treat the cancer that killed him. I knew what that road looked like, and it was very dark."

Kershner had heard about different diet plans, but as a self-described carbohydrate addict, gastric surgery seemed the lesser of two evils until she heard about a little-known, protein-based diet.

"I learned that 'eat less' was absolutely the wrong idea, and that 'eat differently' was the key," Kershner said. "The way adjusting my carbohydrates changed my body overnight made me a true believer. Weight melted off me, all my chronic joint aches and pains disappeared, and I felt 10 years younger. It shocked me! With a few normal ups and downs, I lost about 125 pounds in a little over a year."

"I felt like I'd discovered the secret that had been hidden from fat people forever," Kershner said. "Don't eat less, eat DIFFERENTLY. I wanted to share it with all my obese brothers and sisters who were still blaming themselves for failing over and over trying the wrong thing."

But, despite seeing tremendous success with that initial plan, Kershner hit another stumbling block: maintaining her weight loss. The pounds started to pile back on.

"It was horrifying! I didn't know then that your maintenance plan is as important as your weight loss," Kershner said. "And I didn't know then that I had reactive hypoglycemia, which meant I should've avoided more than half the foods that other program allowed me to eat. It made so I didn't achieve the deepest metabolic healing I needed along the way. It was really demoralizing."

Kershner, a bit of a layman science geek, delved into the research. And it turns out; she wasn't the only one who put weight back on after regular low-carb programs. "My research showed part of my problem had been trying to heal my metabolism while still consuming high amounts of artificially sweetened 'treats,' which were pervasive in that program," Kershner said.

"I and many of my clients [Kershner became a coach for that diet] were as addicted to the sweetened diet 'treats' as we'd been to regular carbs before. This was not right."

It became clear that it was time to come up with her own approach for a cleaner and more impactful ketogenic journey, and she wanted to share it with others who struggled like she did. That's how Evolve 180 in Bellevue was born.

The basic idea at Evolve 180 is to eat in such a way that allows your body's metabolic system to re-balance. Insulin levels, blood sugar levels, body fat levels, unbalanced cravings must go back to normal, and then your maintenance plan has to be iron-clad and supported for at least a year. This all looks a little different for each person, and each plan has to be customized (customization is key!). And Evolve 180 has expert specialists guiding you and tweaking the plan for you each step of the way.

So, even though Kershner has put back on about 100 pounds, she's confident that the Evolve 180 weight loss plan she developed will work as a permanent solution.

"How much do I believe in our program? With my whole heart and soul," Kershner said. "I'm putting my entire reputation, my entire career, my health, and my future into the hands of Evolve 180 right now and I am 100 percent confident you'll see me hit my goal before the end of the year."

Evolve 180 is a weight loss studio in Bellevue. Their customized weight loss solutions help you slim down in a way that works with your body and your life. Visit www.evolve180weightloss.com or call 425-442-5626 to learn more.