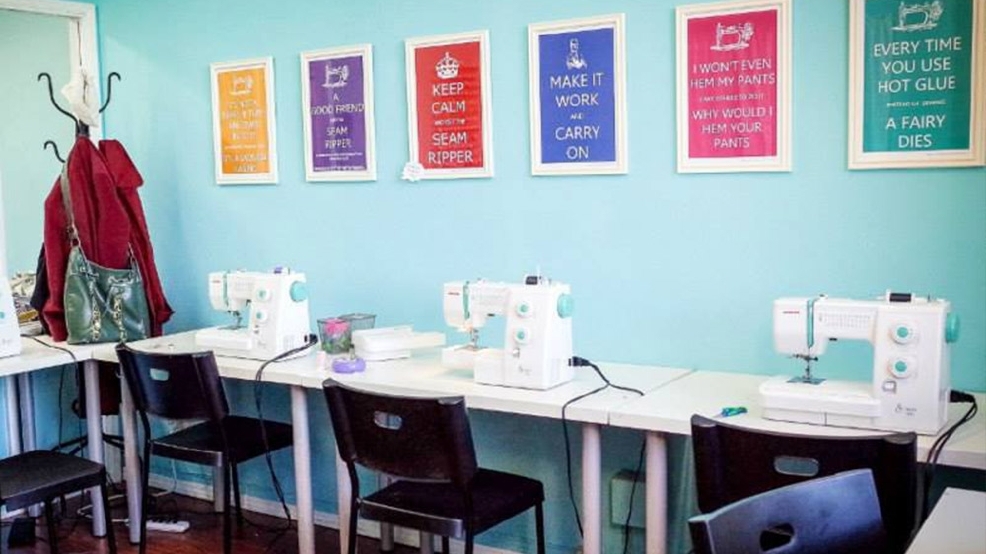 Carisa Brunner, the owner of Made Sewing Studio, holds classes for kids and adults who want to learn how to sew. Recently, the classes have filled up a record pace. (Image: Kevin Rosinbum of EyewandersFoto)
SEE MORE


Each Friday night, women gather to let their hair down, laugh, drink wine and sew. Yes, you read that right. The art of sewing has made a comeback.
"It's super fun," says Carisa Brunner, the owner of Made Sewing Studio. Brunner holds classes for kids and adults who want to learn how to sew. Recently, the classes have filled up a record pace.

"Sewing can be a lonely sport. Now we're seeing a resurgence of people interested in not only sewing but doing it in a group, where they can learn and get help," said Brunner.

Brunner, who is in her mid-30's, says she was on the tail end of a time when home economics was taught in schools. She finds that many women under 35 find the idea of sewing intriguing.

"After World War II, feminism was in full swing," says Brunner. "Women had to eat so they cooked, and they had to clean and iron out of necessity, but sewing was the one thing that you could kick to the side. [It] fell out of a favor for a long time and so you have this huge gap of women in their 50's, 60's and 70's who know how to sew and then those under 50 who are now experiencing the joy of it for the first time."

Today, Brunner believes there isn't the baggage that goes along with the idea of sewing and cooking. Her students are doing it because they want to, not because they have to.

There's also the practical part of sewing. Who wants to spend $20 to have a button sewed on? And Brunner believes a growing number of socially conscious people who no longer see the value of purchasing an overpriced t-shirt when they can make it themselves.

"I see this especially in the Pacific Northwest," says Brunner. "There's more value in saying you made your trench coat versus spending hundreds of dollars on it."