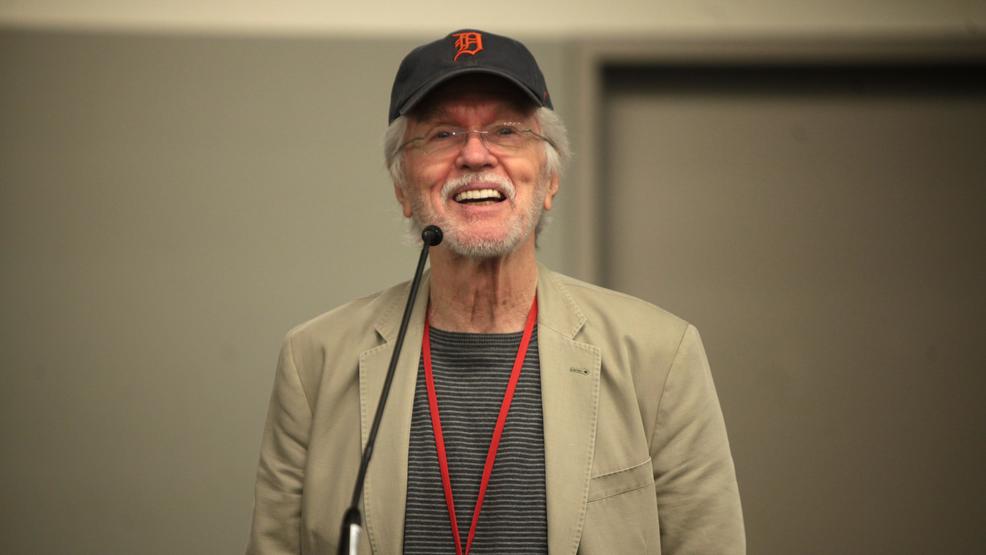 Seattle's Tom Skerritt is an actor, director, writer with over 70 movies to his name including MASH, Harold and Maude, Alien, A River Runs Through It, Steel Magnolias and many more. He's also the founder of HEYOU Media, a Bellevue-based new content provider, creating bite sized entertainment for every appetite. (Courtesy Gage Skidmore)
SEE MORE

It's a picturesque day on Lake Washington. Amid the gently lapping waves you'll find kayakers, an overcast sky - and some serious star power!

Seattle's own Tom Skerritt has been in some of the biggest movies and TV shows of the past five decades, but his amazing acting career started by accident.

"I was an English major in college, [and] I saw 'Citizen Kane' and I was so moved by it - I thought I want to write and direct that," said Skerritt.

"I am a writer/director who wound up making a living as an actor," he laughed. "It's one of those odd things."

While he just wanted to write and direct, he thought he should also know how to act.

"They hire me to be in a little dollar ninety-eight movie which has Robert Redford and Sydney Pollack in it," said Skerritt.

The movie was "War Hunt", and one thing led to another.

"I met this television director who lived in the neighborhood there in Westwood when I was going to UCLA," he said. "And [one day] he says 'C'mon watch me direct a television show.' So I did and I thought - here's a very interesting guy. So I mentored with him for several years."

One day, his mentor gets a job directing a movie - and he wants Skerritt in it. The movie? "M*A*S*H". That's no small potatoes!

M*A*S*H lit up the silver screen in 1970, and won an Oscar for Best Screenplay. Then another mega hit the following year - Skerritt as a motorcycle cop in "Harold and Maude".

"For me to pick one thing out of that - I mean look at that," he shakes his head. "I stumbled into some guy, mentor with me and then he puts me in 'M*A*S*H' and becomes an icon. Hal Ashby, I was involved with him we're doing 'Harold and Maude' and being there and watching him cut. It's an Academy Award-winning editor so you're learning from the best."

He became an in-demand actor, while still soaking up everything he could about making movies.

When you think of Tom Skerritt, what comes to mind? "Top Gun", "A River Runs Through It", "M*A*S*H" and "Steel Magnolias". But what is Tom Skerritt's favorite Tom Skerritt movie?

"It's tough to really to have the career that I've had, and fallen into it the way I did, and absorb it the way I have and to be able to execute it the way I can...is quite enough," he said.

Now 85 years old, Skerritt's imagination is as incredible as ever. Slowing down is not something he's interested in.

"I don't know really want the point is in retiring, as long as you can do something," he said. "Especially now because I really feel very much about a certain responsibility to the community, to give what I've learned to that which I know which is the film business."

Along with wife Julie, he recently started a brand new business. This old school movie star is all about the latest technology. It's HeYou Media, which they call bite-sized entertainment, for every appetite.

"New media content is what HeYou is all about," he said. "Short subject matters, episodic matters, stories we can tell episodically and deliver to the new world - iPhones and iPads and home videos."

Besides the series and mini movies, the company will also offer reimagined classics from the silent film era, and HeYou features.

"What we're trying to do is develop local product," said Skerritt. "Local writers, like David [Guterson, author of 'Snow Falling on Cedars'], who has a second one that's called 'East of the Mountains', where he grew up. We're gonna co-produce that film. Hopefully next spring, [and] I'll play the lead in it."

"I learned a lot very early on about taking the risk of possibilities and going for the odyssey of imagination," he said. "I love those phrases - don't you?

For the past 30 years, he's managed to be a force in Hollywood with a home base right here in Seattle.

"People who are here got their feet on the ground," said Skerritt. "And we can talk about baseball, football and a number of things other than 'What's your next movie.'"

With around 70 movies to his name and 100 TV shows, Skerritt is still acting, learning, teaching and taking risks.

"And it's not about winning or losing, it's really about what you learn in the process of trying," he said. "Taking the risk of possibilities. And that one is very much in my soul."