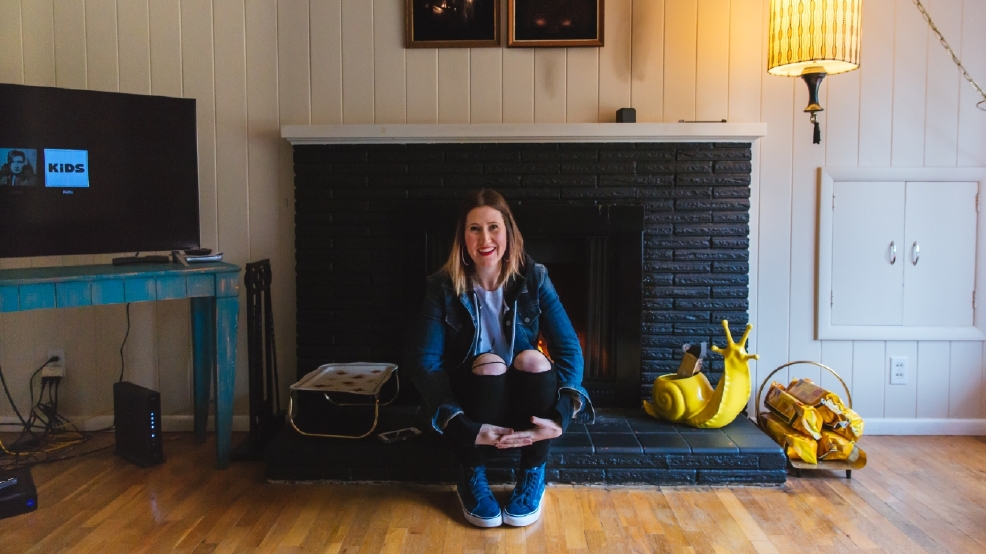 Look behind the rain-slicked gloss of Seattle rock bands and tech startups and you’ll find the Seattleites who love them. We met up with one such mover and shaker, Jess McMahon — manager of local band Duke Evers — to chat about her behind-the-scenes know-how. (Image: Sunita Martini / Seattle Refined)
SEE MORE

Look behind the rain-slicked gloss of Seattle rock bands and tech startups and you’ll find the Seattleites who love them. We met up with one such mover and shaker, Jess McMahon — manager of local band Duke Evers — to chat about her behind-the-scenes know-how.

How does she find the time to help the band navigate the local ranks, get signed, and release their debut full-length, 2016’s "Velvet Hips", all while co-parenting her 6-year-old son Ryder, working a 9-to-5, AND taking on various other community projects?

It’s a mouthful, but it turns out, when you’re doing what you love, it might just come naturally.

So what does the average day look like for McMahon (dare we ask)?

“Oh, God,” she says. “It’s not super glamorous. It's a humbling experience to have a kid. I was trying to put on my jeans the other day and Ryder said, ‘Are those too small?’ I was like, ‘Maybe. We're making this work, though.’"

That go-with-the flow attitude and brutal honesty is McMahon’s modus operandi as she slips on her trademark checkered Vans and bright lipstick before running off to corporate America.

The night before we spoke, McMahon was busy stage-managing for Melodic Caring Project’s annual benefit, a project she got involved with years ago while working at Rhapsody.

“I met them and it clicked," she said. "They’re the greatest people, who do this amazing thing for kids, with very little return. As long as they continue to ask, I’ll work any event they need.”

Serendipitous moments seem to be McMahon’s gift. That’s also how she met the guys of Duke Evers, while working a pre-Capitol Hill Block Party showcase. Noticing drummer Kyle Veazey first because, “He really is the happiest drummer you’ve ever seen in your life,” McMahon had them doing a live performance at the Rhapsody office within a month.

“Josh was the first one to bring it up, asking if I’d manage them,” she says. Like family now, McMahon and the trio (they’ve since added bassist, Dune Butler, to the mix) have had a lot of trial and error along the way.

“At first, I was really insecure. Then I realized not having any rules is the best way to go about it because I had no boundaries. I just tackled it like branding,” she explains, something McMahon has been honing through her personal and professional life for years. Figuring out what the band was missing, McMahon built a website, set up photoshoots, and then got into the nitty gritty of who they are.

“It’s a relationship, so I tackled it the same way that you would a new boyfriend or girlfriend because we didn't know each other.” This game of twenty questions turned into an unconditional love for the guys, as well as a healing process after a big breakup for her. “It was way easier for me to figure out who I was. It's like straight out of Oprah, ‘Just do what you're passionate about and it'll all fall together.’ But it's true. It was this organic thing that happened and I had no intention of it ever. I didn't ever want to be a band manager. I didn't even think about it.”

This auspicious journey of self-discovery has also led McMahon into her latest role at tech startup, Avvo, a job she relishes for the challenges it offers.

“One of the reasons I went to Avvo was the opportunity to run a large conference and push myself.” Out to change the way people connect with legal advice, as Avvo’s Event Marketing Manager, McMahon is helping spread the word.

“I was a project manager for years before that in tech,” she says, recently back from a planning meeting in Las Vegas where she produces an event called Lawyernomics. “It's a three-day event for attorneys to learn how to market themselves. Attorneys go to law school, not business school, so there’s a disconnect with how to do SEO and social media and marketing.”

Her desire to share knowledge and resources is a driving one for both business and the band, a convergence that faces much of Seattle right now.

“It’s interesting, I grew up here," she said. "Watching the city grow these last 25 years, it’s been a little disheartening. I think it’s part of the reason that I pushed so hard, because I do work in tech. I’ve built a life that I can actually have here, but I feel like I’m the exception.”

While the city struggles with the relationship between tech and the arts, in McMahon’s eyes, it’s not without hope. She’d love to see more tech companies get involved, “I feel like there's a lot of local tech support, like there's a lot of meet-ups and different things that tech companies will have, but what's missing is that infused art piece, even if that's like sponsoring a show or having art walks, something where there is that crossover, because right now, it's completely separate.”

“Living in Seattle, if anybody can do it, it's us,” she contemplates, “How do we get all those bright people in the same room so they network?” Lofty goals, from someone who isn’t afraid to have them. “It’s something that’s been on my list. I want nothing more than to have a meet-up with all of the amazing women that I've met. I keep threatening to do it and every time, I'm like, ‘Oh, my God. I just need more time in a day.'"

If she could offering one piece of advice, it would be not to forget to have fun.

"We forget," said McMahon. "We minimize that fun is important and I think it's because we're all told to be such adults and work hard, but it gets left out.”

“I run by instinct,” she says, in response to what’s next on the horizon, “so my philosophy on this is keep enough room open for opportunity. And pay attention. My next is to not plan a next, but just to stay aware and open and keep pushing in a direction that feels good.”