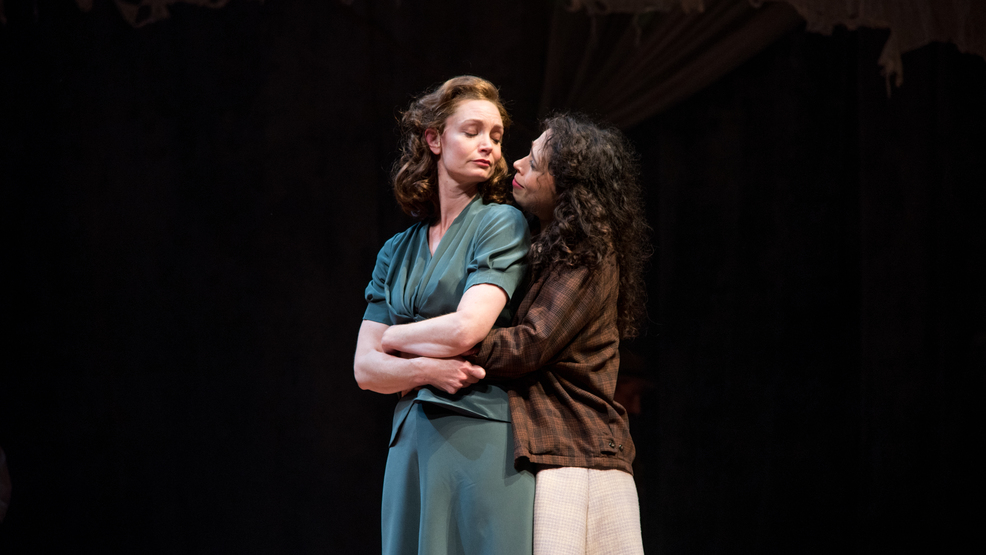 Fresh from a wildly successful Broadway run, Indecent tells the story of a Jewish troupe of actors in the early 20th century who journey across Europe and America performing God of Vengeance, a celebrated, provocative play by the virtuosic writer Sholem Asch. (Photo: Seattle Rep)
SEE MORE

Love and laughter, hard times and heartbreak. "Indecent" is packed with powerful themes.

The multi-layered tale includes the story of a Jewish troupe of actors in the early 20th century. It's a play within a play and it's based on a work called "God of Vengeance" which originated in Poland in 1907. For actress Andi Alhadef, being part of this production is meaningful.

"As a Jewish woman it is a real honor to have a Jewish story on stage," she said. "There was a time in Warsaw where Jewish politics were very controversial. The way Jews were being treated and fighting to have rights were extremely heavy on people's minds and also the image of Jews in the community."

Cheyenne Casebier relishes the challenge of sharing this complex tale.

"One part of the story we explore in this play is that despite having critical acclaim as it traveled around Europe in the early nineteen-hundreds, when it got to New York in the early twenties, and then on Broadway in 1923, it was shut down." said Casebier.

At the center of "God of Vengeance," a love story between their characters.

"But the words in the original scene are just the most true love story, and it isn't commenting on the fact that it's two women at all," said Alhadef.

"Indecent" highlights the real life events of what happened. When the show traveled to Broadway and was changed to be dramatically different.

"It was shut down and the cast was arrested on counts of indecency because of the content that the play was exploring," said Casebier. "So the second half of our play deals with the repercussions of that and then into World War II."

The original may have been written more than a century ago, but the messages are timeless.

"I think this play does such a beautiful job of expressing a Jewish story but above all a human story. I hope that that resonates with people from all backgrounds," said Alhadef.