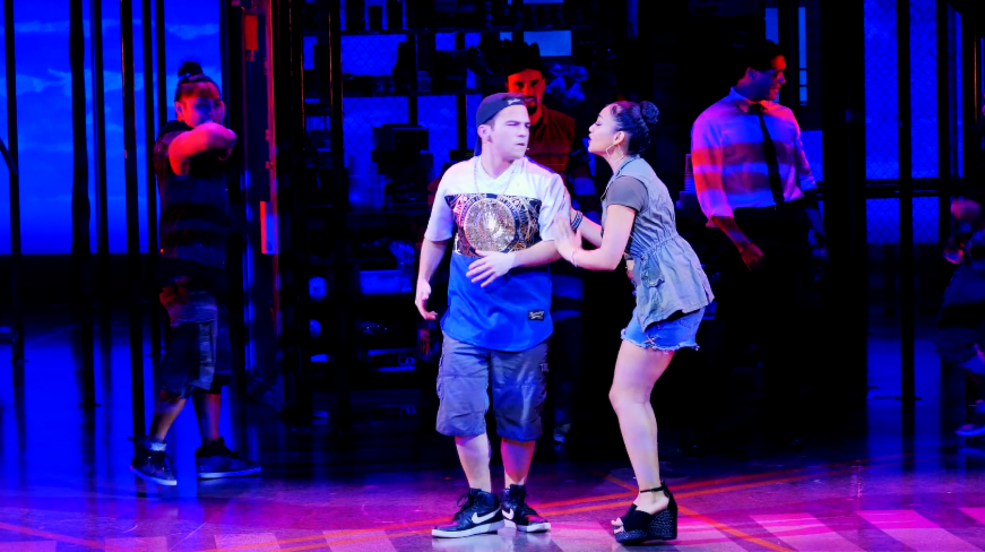 (Image courtesy of 'In the Heights').
SEE MORE

Spicy, sweet and sentimental, 'In the Heights' soars

'In the Heights,' currently on stage at Seattle Repertory Theater, celebrates the human spirit through soaring songs, dance and dialogue.

Sophia Macias plays Nina. "'In the Heights' is a story about a neighborhood in Washington Heights-- a particular neighborhood block of Latinx persons," she explained. "It's the story of their struggles their daily routines and how they function in the world."

There are a lot of hopes pinned on 'Nina.' "She's actually the first in the neighborhood to go to college... she doesn't just go to college she goes to Stanford University."

"But she runs into some trouble there and she has to come back and tell her parents that she doesn't plan on returning ... and several things ensue. After that and you get to watch how she handles what's thrown her way."

Each of these complex characters are dealing with trials and triumphs in their lives including 'Vanessa' portrayed by Stephanie Gomerez.

"She has a not a very good home life. Her mother is into alcohol and she kind of has to fight for herself and what I love about her is her confidence and her perseverance. She will never let anyone see how hard she is struggling," said Gomerez.

The show is bursting with beautiful music and lyrics by Lin-Manuel Miranda are multi-layered.

Then there's the dancing! "There a lot of dancing. I do a club number. Ensemble is working non-stop. They are breath taking. The choreographer did a great job," said Gomerez.

"It's a big part of our culture, dancing and singing and the music and the vibrancy of it all. So it's just beautiful to have so much of it in the show."

In this neighborhood they laugh and love - but times are tough.

"Getting by with their businesses and school and rent and just getting through-- when this was written, Washington Heights wasn't as popular as it is now," stated Gomerez. "A big thing about it is gentrification and how people are fighting to keep their culture and what they've built up in their neighborhood but now they can't afford to."

According to Macias, being part of a family is an important theme here. "I love the moment during 'When You're Home," and Benny flips Nina around and says you know we're all gonna say that one day we knew you when you were home before you were this big thing and it's the moment Nina realizes she doesn't have to be or do anything great to be great to the people around her."

'In the Heights' is so beautifully constructed, you never want in to end. But when it does, it leaves you thinking.

Gomerez explained, "For this I think you need to kind to evaluate your privilege and how some people aren't gonna start in the same place as you are and you need to honor what you've been given and fight for what you have not been given. And also you don't have to do it alone. You have a community."

'In the Heights' is on stage at Seattle Repertory Theatre through December 30th. Next up will be 'Last of the Boys' by Steven Dietz. It will be on at Bagley Wright Theatre from January 18th - February 10th, 2019. Tickets are available now.