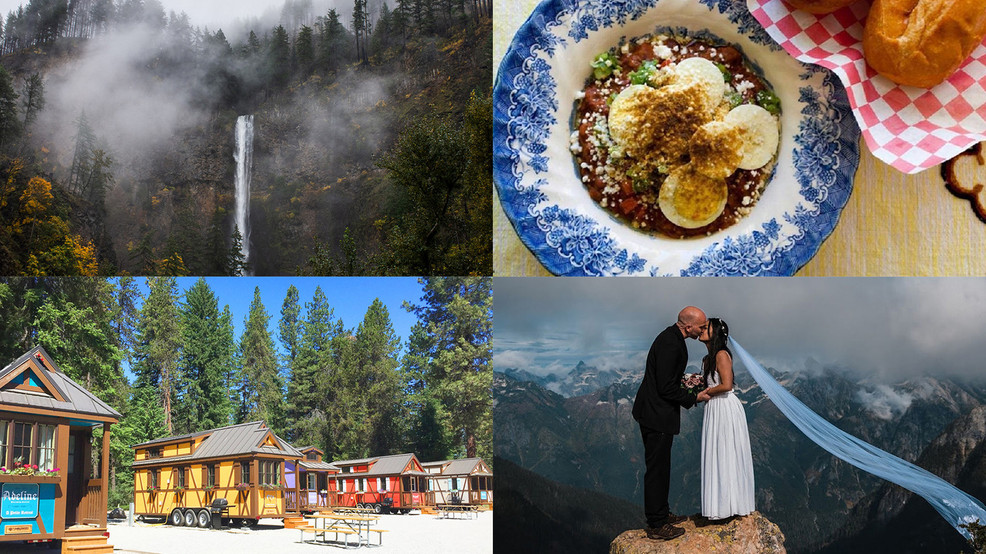 Oh, 2020 — where do we start? This year has been unlike any other in more ways than one. As this unprecedented year comes to an end, we, of course, wanted to reminisce on the stories we shared that resonated the deepest.

Without further ado, here are the Top 10 Seattle Refined stories of 2020.

Here at Seattle Refined, you all know we love checking out incredible real estate. When you think of magnificent houses, it would be tough to top the Rucker Mansion in Everett. At more than 100 years old, it's listed in the National Register of Historic Places and may be the most notable property in the area. For more than two decades, Bob and Brenda Kerr have been living in the mansion and meticulously restoring it. From overseeing major renovations to painstakingly doing projects to perfection themselves, they have been the heart of this historic jewel.

This summer was all about road and day trips. When it comes to a "little" overnight getaway, Leavenworth Tiny House Village takes first prize. This charming place in Leavenworth allowed people to have a big adventure still while maintaining social distance from others.

More real estate — who's shocked? But this one has some musical history: Sitting on Capitol Hill's Millionaires Row, this property is reportedly where the band It's a Beautiful Day wrote the 1969 song "White Bird." According to the website History Link and the listing agent, the song was written while the band temporarily stayed in Seattle during the winter of 1967 for a series of shows at the Encore Ballroom.

After months of staying inside, wearing masks and leaving the house only to grocery shop, King County was officially approved for Phase 2 of reopening on June 19. Things didn't go "back to normal," of course, there was still a ton we could not do. This article was meant to focus on the things we COULD do — from simple pleasures (like taking a walk on the beach) to the more complex (dangling many feet above the ground on an obstacle course).

We published this piece in early May, about two months into quarantine. Senad Tiric is a photographer whose company, Sky Orca Photography, usually specializes in portraits and aerial drone photography. But COVID inspired Tiric to bring his neighbors together, even though they might feel isolated. He snapped and shared photos of folks in front of their homes, with goals of connecting them and raising money for charity.

6. Local couples are saying 'I Do' to adventure elopements

COVID resulted in the postponement/cancelations of many weddings planned for this year, but some local couples opted to celebrate their union in a totally unique way — an "adventure elopement," where a couple gets married outdoors in the mountains, under a waterfall, you name it! One local woman, Kathleen from Kathleen Elizabeth Adventure Photography, helps people plan every detail of their adventure elopement, from choosing a location to getting permits, taking photos and even serving as minister at the wedding!

7. Black-Owned Businesses & Restaurants in Seattle You Can Support Right Now

This summer saw the start of months and months of protests, rallies, and demonstrations supporting the Black Lives Matter movement. Refined compiled this list of Black-owned businesses in the Seattle/Tacoma area in early June with help from Intentionalist.com, a fantastic resource for you to "Spend Like It Matters" — because it does. Intentionalist compiles info on small, diverse local businesses throughout the country so you can make more informed decisions about where you eat, shop, get your hair done and generally spend your money.

People really loved any opportunity to travel safely and socially-distanced this year, which is why we are not surprised The Vintages Trailer Resort made the Top 10 list. Just a little over a three-hour drive from Seattle, each guest at this groovy resort gets the keys to their own retro trailer in Oregon Wine Country.

9. 13 'Twilight' film locations in the Pacific Northwest you can visit in real life

This year had its perks, like Stephenie Meyer FINALLY releasing "Midnight Sun," the "Twilight" companion book told from the perspective of Edward Cullen. The Twilight Saga is set in Forks, Washington, but nothing was actually filmed in the area for the movie adaptations. In fact, only two major locations were used in the state of Washington — and not a single scene was shot in the real-life town of Forks — the five major films were actually filmed in Oregon and British Columbia, so we compiled the most popular "Twilight" film locations you can still visit in the Pacific Northwest.

An epic end to our Top 10 list — our story about mechanical engineer/woodworker Jared Geddes building the coolest treehouse we've ever seen for his kiddos. It took eight months to build because of his 9 to 5, but the evenings were filled with power tools and labor to assemble this masterpiece. After the treehouse video was posted on YouTube, it started wracking up the views on Facebook, and guess who reached out? The one and only, Kelly Clarkson, asking him to be a feature on her television show! It's not surprising, though, because this treehouse is insane.

That wraps up our Top 10 stories of 2020! Thank you for coming with us on this trip down memory lane. 2020 has been a rough, scary and unpredictable year for essentially everyone, but it's also been one of hope, inspiration and necessary conversations and reflections — here's to 2021.