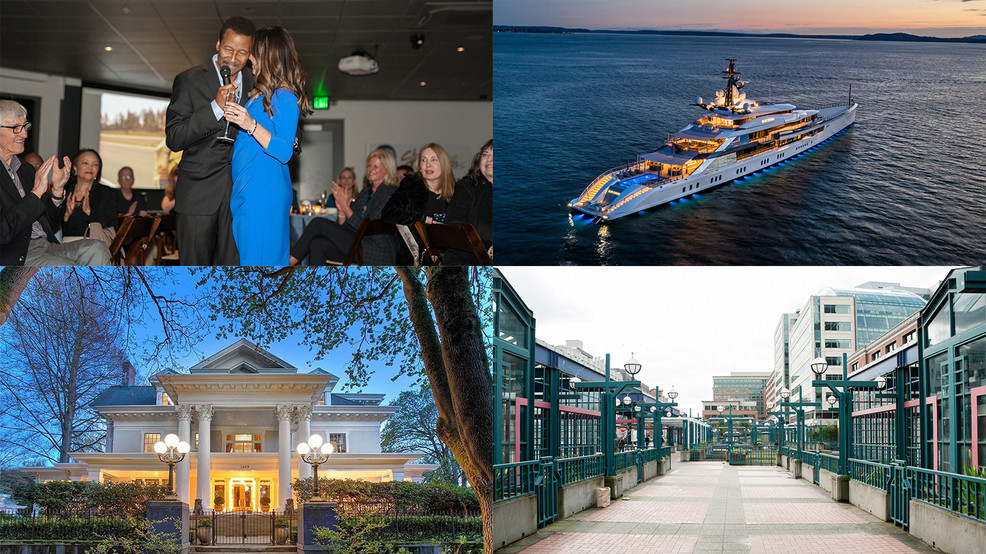 This year has been unlike any other in more ways than one — this list would typically be filled with images of events like Capitol Hill Block Party, Emerald City Comic Con and Seafair. Not this year. But still, we, of course, want to reminisce on the galleries we shared that resonated the deepest. Without further ado, here are the Top 10 Seattle Refined galleries of 2020.

1. Scenes from Seattle: A Ghost Town

No surprise here — this was the first gallery of our "Scenes of Seattle" series, where photog extraordinaire Elizabeth Crook ventured out weekly into different parts of the city to document what was happening... or what was not happening. During those first few months, Seattle was unrecognizable in its eerily quiet stillness, but still beautiful, in our opinion.

Another not so surprise on this list, because who doesn't love Steve Pool?! KOMO's beloved weatherman retired in November 2019. It wasn't official until there was a party, right? KOMO family, industry friends and local VIPs gathered (remember parties?) to celebrate the man, the myth and the legend in style at Dockside at Dukes in Seattle.

What can we say? You guys love real estate! This floating home on Lake Union has three bedrooms, two bathrooms, two boat slips, a jet bathtub, sauna, two gas fireplaces, a private rooftop deck AND a full underwater basement with a home theater... So, yeah, we see the appeal!

Uncle Buck's Fish Bowl & Grill was an ocean-themed restaurant and bowling alley that opened in Tacoma earlier this year, but sadly, it's now closed. Use this gallery to reminisce on what was, because it was pretty freakin' cool!

Halloween wasn't canceled at Stalker Farms in Snohomish this year — the fan-voted #1 must-see haunted attraction in Washington for the last three consecutive years created a +40 minute-long drive-thru haunted tour that combined all the fun of a haunted house at a safe, social distance (so very 2020).

6. Scenes of Seattle: A City Staying At Home

Another "Scenes of Seattle" gallery makes the list! These galleries will serve as documentation of this unparalleled time in our world's (and city's) history.

This little blue and orange houseboat is just the cutest thing we ever did see. "Orca" is a small but mighty houseboat on Lake Union, coming in at just 240 square feet. And, no, Orca is no longer available (who's surprised?).

This feels like a fever dream, but it actually happened. Jerry Jones, the billionaire owner of the Dallas Cowboys, brought his 357 foot, $250 million megayacht to Seattle in August. The Bravo Eugenia (named after Jones' wife, Gene) spans the length of a football field and features a full gym, plunge pool, steam and massage rooms, rain shower, sauna and two helipads.

Transport back to the early 1900s with the iconic Parker-Fersen Mansion on Millionaires Row near Volunteer Park. This elegant 9,800-square-foot mansion sits on a half-acre and features six bedrooms, eight bathrooms, a grand entryway, fluted carved pillars, mirrored ceilings, mahogany and more.

Last but not least, this $3 million beachfront home built in 2001 on Fox Island went from "Miami Vice" to Northwest Coastal Chic with a complete remodel in 2020. Freshwater clams and seafood come year-round at this property, which comes with full tide flat rights — so very Pacific Northwest.

That wraps up our Top 10 galleries of 2020! Thank you for coming with us on this trip down memory lane. 2020 has been a rough, scary and unpredictable year for essentially everyone, but it's also been one of hope, inspiration and necessary conversations and reflections — here's to 2021.