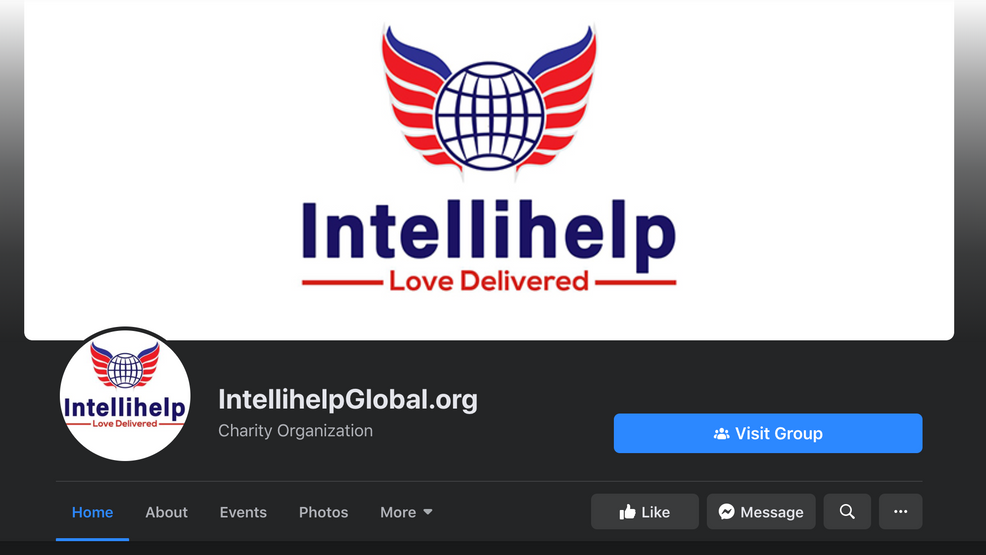 In these crazy pandemic times we are all facing, many positive things are emerging, one - is the act of giving. So many people are helping other, and one Pacific Northwest native in particular has started a successful giving campaign with just one simple Facebook post. We sat down with Ron Lynch, the man behind Intellihelp USA.

Intellihelp is a Facebook group that you can join in the U.S., where people who are in need of grocery store items or over the counter items can put it on a list.

"Then a benefactor comes along and responses to that ask, they personally fulfill that wish list by Amazon, Instacart or they drop off a couple of bags of groceries at someone’s home," said Lynch.

Lynch, who was born and raised in Seattle but now lives in Texas started Intellihelp, worrying about his elderly parents in Bellevue when the coronavirus invaded the northwest.

"Plus I was concerned about young people [saying] 'I don’t care I’m gonna go out to the bars' or 'I’m gonna go socialize,'" he said. "The idea of someone turning themselves into a biological weapon at that point made me nervous. So yeah it was a personal belief I had that turned into a philanthropic model."

In just a few months, Intellihelp is now pushing 100,000 members worldwide, funded organically thru donations from a single person to large companies. It's all about giving.

"Our typical Intellihelp ask is a single mom with multiple children, asking for things like nutrition for her kids, diapers, formula, snacks and meals for her kids," said Lynch. "Someone will step in - 'I’m in Dallas, TX and there’s a lady in Fort Lauderdale, I’ll find a store near her.' They text each other a location she can go, pick it up or it can be dropped off at the door any imaginable way that works to get the groceries to her."

85 percent of the deliveries are dropped off by carriers like Amazon, the rest by volunteers.

"I went to Bishop Blanchet High School out in Wallingford, [and] I have several members of my graduating class that have volunteered and those gals they spend 5 to 10 hours a day volunteering to help basically get women and children food," he said. "It’s pretty magnificent!"

One of those friends volunteering is Annie Thenell in north Seattle. For 40 years she ran a catering business, providing delicious food for luxurious aprties. But after losing her business a few months ago, Thenell now spends most of her free time helping feed people globally.

"I thought food, that’s my thing. I like to feed people so I can help with that," she said. "And I quickly turned into fulltime, especially the last few weeks. We are all working 10,12, 14, 16 hour days."

"This woman submitted a post from South Carolina," she said. "She says 'Hi, I’m a family of four, two adults two kids. I started working back this Friday but I won’t get paid right away and my food stamps come on the 11th. My stimulus was supposed to come, but it has not. We are struggling bad on food stamps, there is nothing, anything will help us' and then she submitted a picture of her kids and a list of groceries and things they would like to have. So this is very typical story, a lot of people have not received their stimulus or won’t - many people are unemployed."

The stories are endless, all are emotional.

"What the asker is doing is giving a gift to someone because when you ask and you allow yourself to be open to receive. Then you’re letting someone have that feeling of 'Wow that feels so good to help someone,' that feeling, and so...god I’m getting emotional talking about this. I always tell the askers that they’re doing a service."

"I’m really proud of people that ask for help," said Lynch. "It’s a very hard thing to ask for help, it’s kind of a - it’s kind of a pride swallower for some people. There’s not a person inside the system a giver or a taker or an ask her or a volunteer that doesn’t kind of warm my heart

Lynch says Intellihelp has facilitated about $1,000,000 in the food exchange, and he expects it to grow to 15 million members. More info and join the community online.