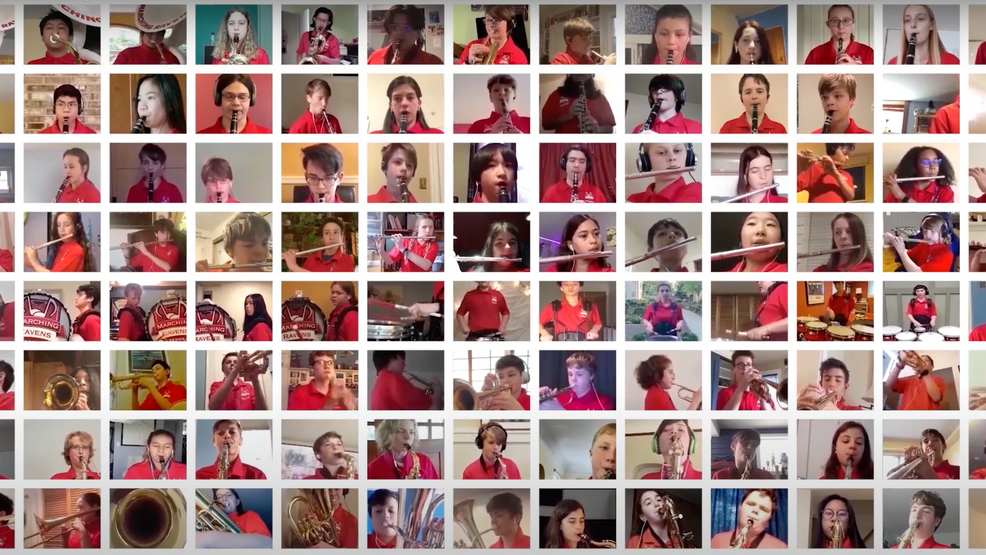 It's pretty much impossible to listen to Lizzo and not feel "Good as Hell," right?

The singer, rapper, flutist and all-around icon is a household name by now. Her third studio album, "Cuz I love You," produced several hit singles, including the funky-pop track "Juice." It's a song all about empowerment, confidence and self-love. It oozes perseverance, and that's exactly why a local middle school band chose to perform it virtually.

The coronavirus pandemic shut down Washington schools a couple of months ago, and students and faculty all over are feeling the impacts. John Aguilar, the director of bands at Robert Eagle Staff Middle School in Seattle, said his students have had to miss a handful of performances that would have taken place since the shutdown.

His students wanted to come together to perform virtually and show "that music truly is one of the best medicines for the soul and that we can still make music together, although physically apart." So, of course, they chose a Lizzo song.

In early May, the Robert Eagle Staff Middle School marching band posted the performance, featuring more than 100 students playing individual instruments, on their YouTube page. As of May 27, it has more than 11,700 views.

Lizzo is an inspiration to Aguilar's students because she played the flute in her intermediate school band, he said, and they enjoy playing music from someone who has been in their shoes.

"[It] sends the message to my students that they should continue to play their instruments and aim to become lifelong appreciators of music because they never know where it will take them in life," he said.

"Juice" is a song that can mean many things to different people, and that's the true beauty of an anthem. For these middle schoolers, they look to the song as a source of hope and empowerment during this unpredictable time.

Aguilar said the school closure has been difficult for his students, particularly the 8th graders who had their final year at the middle school cut short.

Malia Jeannotte, an 8th grader who plays the tenor sax, said it made her a bit sad to see the final performance video because that was "all [they] really got out of this marching season." Regardless, she was proud to hear how well it turned out.

"Despite all this, my students still have the 'juice' and the drive to continue making music together," Aguilar said.

To create the performance, he had each student perform the song separately using their individual instruments and send him the recording. He then edited together the performance using Adobe Premiere Pro. Not being able to hear other people playing was a little weird for Owen Poole, an 8th grader who plays the clarinet, and he was surprised to hear how good the final product sounded.

"We still found a way to produce something that we can all be happy with, and that shows the work that we all put in to make music," he said.

Carly Badger, an 8th grader who plays the snare drum, said she was nervous about making her recording because she had to do it in a public courtyard since she lives in an apartment building. But her neighbors ended up cheering for her once she finished, and she said it reminded her of all the good times she's had performing in band.

"Showing [the full performance] to everyone and seeing the amazing feedback, it had really made me think about how much I love performing," Badger said, "and how music should never be stopped, even in tough circumstances."