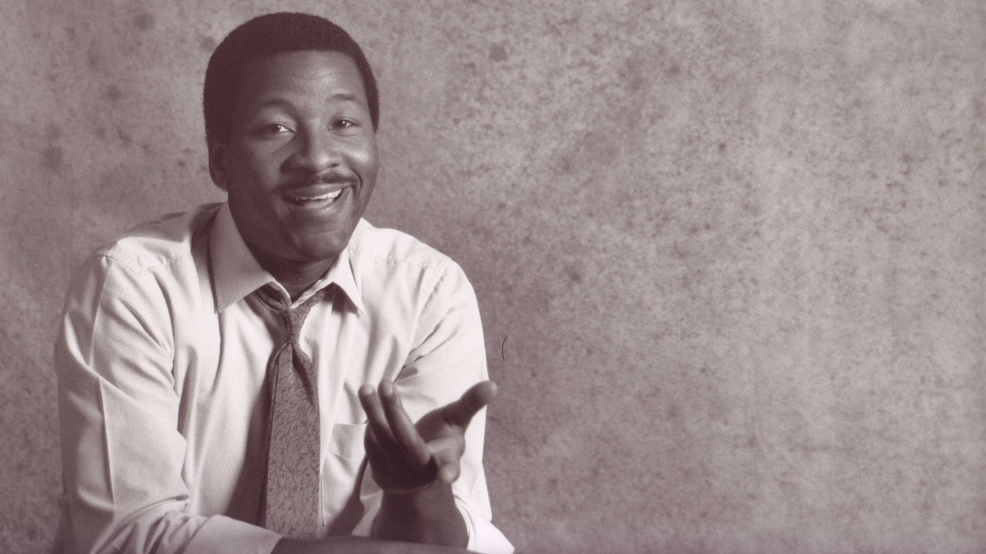 You've welcomed Steve Pool into your home for more than four decades.

Steve started his career at KOMO TV as an intern in the late 70s, while studying at University of Washington.

"I count my lucky stars being able to come out of college and go to a station right in my hometown [and] work my way up through the ranks to where I am now," he said. "As long as I can keep doing what makes me happy, I'm happy."

Ever since, he's been a fixture in Seattle; forecasting the weather, raising millions of dollars for Seattle Children's Hospital, and hosting many local programs like "Front Runners" in the 80's.

He even interviewed Bruno Mars before he became a megastar.

Steve also has multiple Emmys, and he more than 70 guest appearances on "Good Morning America." But most importantly, Steve has been a friendly face to viewers all these years. A face that hasn't changed, and a person who could always make us laugh.

Of course, retirement has always been in the future for Steve. He even talked about it during a Refined special at the Space Needle with former colleague Dan Lewis.

"This is going to sound weird, but I am envious of you," Steve told Dan during that special. "Not so much because , "Ok I've had it" - we've seen each other a fair amount since you've retired, and the sense of purpose and calm and very sure of what you want to do and what you want your life to be like. So many people when they emerge from, especially what we do, they are sort of continually tortured by it in some way."

[Photos: Steve Pool throughout the years]

But just a year after that interview, Steve suffered a personal blow, which he bravely shared with KOMO viewers after taking time with his family. His absence from air had many wondering - "Where's Steve?"

"Well I'm still here, but [things] may be a little bit different," he told co-anchor Mary Nam earlier this year. "In the sense that months ago, several months ago - I got the word from the doctor that I had prostate cancer."

Even though Steve took time off for treatment, he and his entire family felt the love.

"That was the first inkling that 'Oh man, a lot of people know about this and are caring about it,'" Steve told us during one of our check-ins with him over the past year. "Then it just kind of snowballed from there. I got calls from friends from across the country that I haven't talked to for years. All of my cousins called, my uncles called, my aunts called - I mean it was people I haven't seen in 20 years!"

The Mariners sent a blanket; banners, cards and notes flooded in from viewers...Steve and him family were overwhelmed.

"When I see things like this it's just sort of mind-boggling and frankly, uplifting," he shared. "I opened this and looked at it and instantly started crying. I couldn't believe it. It was just so wonderful."

As big of a surprise as it was to Steve, his family has a better grasp on his meaning to the community.

"He's so loved you know,' said his daughter Lindsey. "I'm kind of glad that this was one of the results of this situation - that he got to see how much of an impact he had on other people, and not just on his family - but pretty much the entire Seattle area."

"He's a legend and he doesn't even know it!" agreed daughter Marissa.

"You know I think we're just so - I mean I could start crying right now - but we are just thankful for people that we don't know," said Michelle, Steve's wife. "People that we do know. They have rallied. They have been our strength. It has been amazing and they have told me over and over like 'You have a strong community and people really love you and want to take care of you' and we've really really felt that. And it's not always been easy, but the outpouring has been amazing."

"Just the fact that because I was out for quite a while, it gave me a chance to think about a lot of other things that you don’t really think about when you’re going on the freeway of weather," he said. "Keep driving, gotta keep going. It really gave me a chance to kind of think about 'OK, what have you done and is that enough and if it is where do we go from here?'"

Leave it to Steve Pool to make retirement sound like a weather system.

"I’m sure this is not a surprise for a lot of folks, that anytime you’ve done something for in excess of 40 years - and even when I say that I go - 'What was I thinking?'" said Steve. "But it changes you. Maybe it‘s fate or God tapping you on the shoulder, and saying 'Ya know, now is the time for you to make a change.'"

It's not been an easy decision for Steve.

"I think, for all the viewers who have been so great to me," he says, emotionally. "The most important thing for me is that you blessed me for giving me this opportunity."

There's no doubt that Seattle will miss seeing Steve on TV on a nightly basis. And it's not just viewers, there are some big names who want to send their congrats to Steve on his next adventure. ROLL THE TAPE!

But whether you're a big name, or a longtime viewer at home, Steve has a special message for everyone.

"It was just magical," he said. "And I thank each and every one of the viewers. I wish I could give all of you a hug one by one."

This week, everyone in the KOMO News family is celebrating Steve: