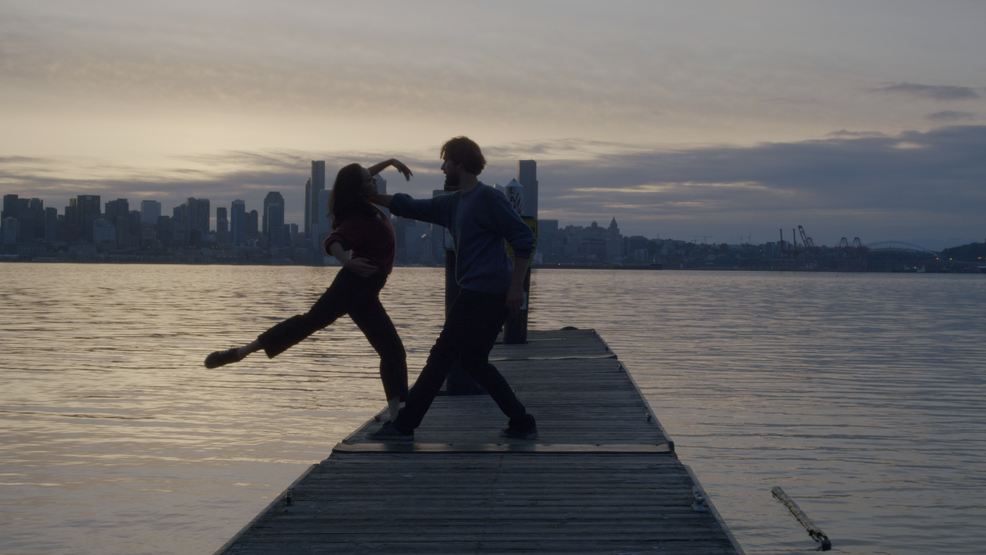 We all wish we could be as productive as the Seattle Dance Collective, which has produced a series of short films capturing dance performances all while in quarantine! You can watch all of the projects known as "Continuum: Bridging The Distance," plus a cast party right now on their website (or at the bottom of this article).

Elizabeth Dougherty, marketing and communications director for SDC, said the idea was born out of necessity but has been a joyous one to see come to fruition.

"The feedback that we have received has been really positive. The purpose was to put out some art as a gift to the community in a time when, obviously, performances are all canceled," said Dougherty. "It's a totally new area for many of the people on this project to film dance."

Dougherty hopes that they could continue in the future with similar projects, which may be the only performing many of the team does with the state of the world and all. When we reached out to talk about the project, filmmaker Henry Wurtz had to ask, "what day is it today," which is honestly the most relatable sentence right now.

Wurtz was still putting the final touches on the last film the day before its release, a testament to the whirlwind production schedule of releasing five short films starting July 2.

"I'm excited to get a little bit more perspective. You know, the last month being just editing and editing, I have not really had a chance to fully take a step back and look at all the completed films," Wurtz said. "It'll be nice to get that distance and to be able to look at it like other viewers will."

As for what he hopes audiences take away from the shorts, he hopes he remains as invisible as possible.

"It's been a lot, but it's all been extremely exciting," Wurtz said. "The takeaway I'm hoping for, once everyone sees them, is that it isn't apparent that one person filmed all of them. I like the idea of my work being able to adapt to the different themes and be able to tell different stories."

Wurtz wanted to credit the choreographers and the work they put in, where he was often just on the journey with them.

"One of the things that varied shoot to shoot and choreographer to choreographer was our relationship," Wurtz said. "It's always so exciting to work with people that really know what they want."

The founding artistic directors, Noelani Pantastico and James Yoichi Moore, also shared in that excitement and expressed interest to do more in the future hopefully.

"We hope that people are touched by the pieces in some way," Moore said. "We wanted to make art as accessible as possible during this time because it's so needed."

Moore said the reach for this project has been so much larger than they could even do in person and that this could be a gateway to getting them to see dance in person. Pantastico agreed this could be a sign of the future of dance being seen online and that they've learned a lot from the experience.

"We could always do dance films but now because we're in the position we're in, maybe there is more work than could be done and more creativity that can be done that can be displayed online in some way," Pantastico said.

The group hosted an "encore" on Aug. 6 to celebrate their collective work where viewers can see all of the shorts from start to finish.

Drawing inspiration from audio recordings of the dancers, Elle Macy and Dylan Wald, this vignette celebrates the pure delight two individuals can find in the world when they view it through the lens of love.

"The Only Thing You See Now"

A duet set against the backdrop of the Seattle waterfront. Staying afloat, making waves. The Only Thing You See Now is generously underwritten by Dan & Pam Baty

"A Headlamp or Two"

Sometimes finding absurdity and humor while dealing with excruciating emotional pain is the only way to cope. Sometimes one needs to find laughter in order to be able to find a path to emotional healing. And sometimes a good headlamp is all one needs. A Headlamp or Two is generously underwritten by Maria Mackey

This piece speaks to the lack of spatial justice for Black and Brown individuals, especially during these times, and seeks to serve as an expression of hope that people will continue to think about their Black and Brown communities, and speak up for them looking ahead to the future. Special thanks to: Ms. Edna Daigre, Randy Ford, Akoiya Harris, Zariyah Quiroz, Kenya Shakoor and Hannah Mayree. I Was Blind (Mole in the Ground) by Hannah Mayree Gladstone was recorded by Max Citron/HOMHOMHOM. Musings is generously underwritten by the Glenn H. Kawasaki Foundation

"The Space Between Us"

Whether six feet apart, or thousands of miles through a satellite and fiber optic entanglement, the current distance between us is taking its toll. Beyond the absence of touch, we also miss out on non-verbal cues - when someone’s fidgety while talking, or inhaling quickly in preparation to interrupt. All that richness has been impaired. But hopefully soon, we will return to that bounty of social, physical interaction, and eliminate this space between us. The Space Between Us is generously underwritten by BuskeConteGraves