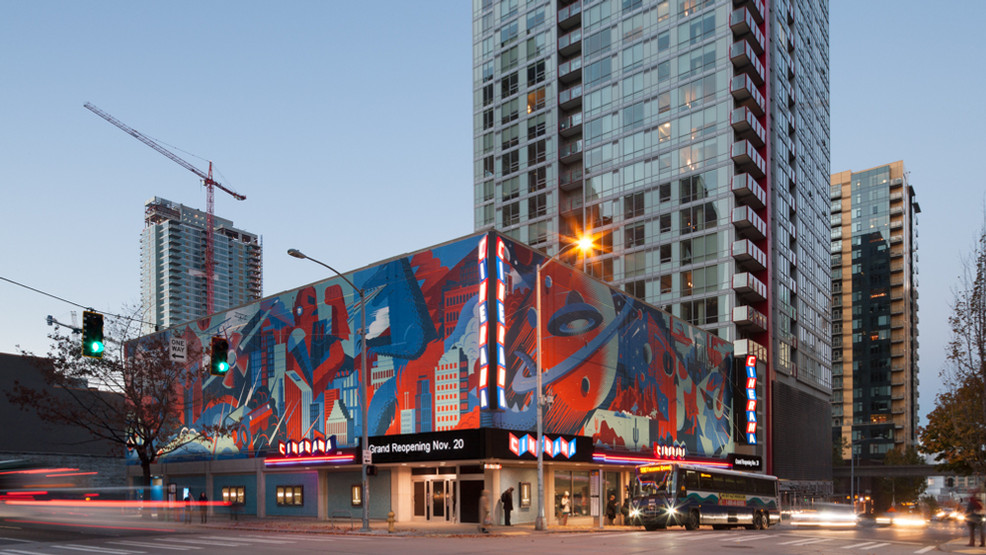 Seattle's Cinerama theater to close 'for the foreseeable future'

Sadly, another Seattle business is closing its doors due to the impacts of COVID-19.

Seattle's Cinerama Theater announced the closure on their social media and website Wednesday, May 27, citing the coronavirus pandemic's "devastating effect on many businesses, especially those that rely on public gatherings and special events."

Located in Belltown, the Cinerama has been a Seattle staple for moviegoers since 1963, and was reinvigorated by Paul Allen when he purchased it in 1998. A huge remodel in 2014 added state-of-the-art equipment the likes of which are used by all major Hollywood film companies. The theater was known as Allen's pet project, and also housed his incredible collection of movie memorabilia.

"We have made the extremely hard decision to close two divisions over the next several months as we move to a future that will be changed in untold ways by the pandemic," reads a statement from Vulcan. "This means we are winding down both Vulcan Arts + Entertainment and Vulcan Productions by the end of the year."

That division includes not only the Cinerama (which had already been closed since February for renovations), but the Living Computers: Museum + Labs, the Seattle Art Fair and Flying Heritage and Combat Armor Museum as well.

"[...] Living Computers: Museum + Labs will remain closed for now and spend the coming months reassessing if, how, and when to reopen. Cinerama’s renovation was already paused given the pandemic, and will also stay closed for the foreseeable future," the statement reads. "The Seattle Art Fair, which was already cancelled for 2020, will take some time to see how the situation and art world calendar evolve before deciding any further plans. And similarly, the board of the Flying Heritage and Combat Armor Museum in Everett has decided it will also remain closed for now to evaluate if, how, and when to reopen."

We'll miss you, Cinerama! Crossing our fingers you'll return to us somehow one day...