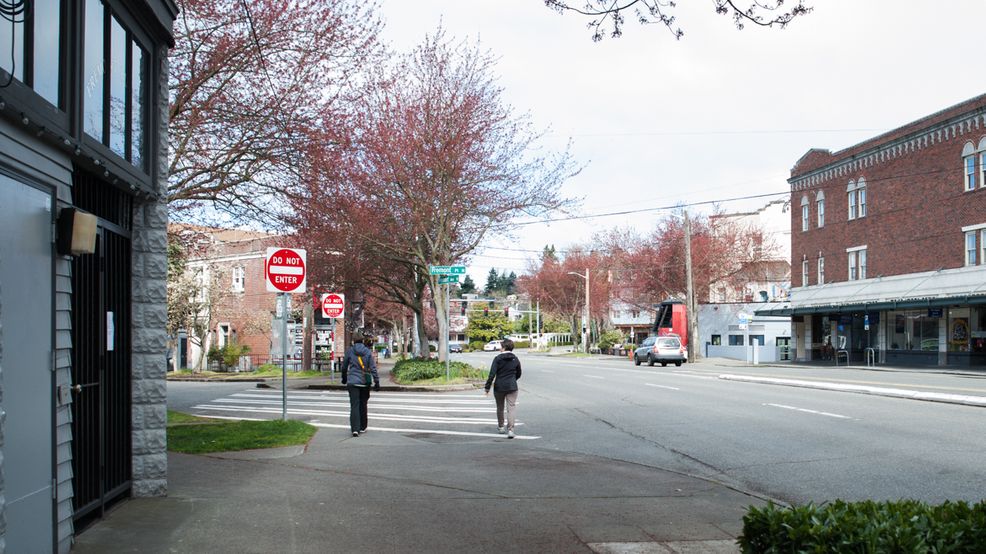 Seattle activities that can be enjoyed from six-feet away

It's an odd feeling being grounded as an adult, and one by one watching the things you like taken away. Oh, how I miss standing within two feet of people and high-fiving strangers and licking crosswalk buttons.

Now we also can't go to restaurants or movie theaters or play tetherball — and it's tearing me apart. It seems like all that's left to do is stare at the wall and drink a glass of water. Did you wash that glass first?

It's not that fun's dead; it's simply that we need to rethink it during these times. Being social is difficult these days, and the internet is not the answer. It's time to return to tangible fun, as long as you're not near other people.

Remember flying things? Those contraptions that go up in the air, and then you'd be like, "Hey, look at that thing up in the air. How about that." Consider a kite. I can never get the damn things to fly and lose patience when they get tangled, but you can do better. Find yourself a nice colorful kite and head to an empty field and watch it go. The only issue is that you may see it swaying in the wind without any sense of control, and think, "I kind of feel like that kite during this pandemic. Stupid metaphors!"

But there's also remote control planes, drones, parachute men, rockets, and those little propeller-looking thingies that you spin with your hands and watch them fly 10-feet. None of these activities present any kind of significant germ threat. Just make sure you point them all away from your face.

Buy, adopt or foster a pet

You're cooped up inside, so now's a better time than any to force a cute furry thing to be cooped up as well. Get yourself a cat or dog or hedgehog, so you can pet them while saying, "Doesn't this suck?" If it's a dog, you might have a difficult time making them also stay six feet away from other dogs and people. It might be necessary to bathe them way more often, but when you're stuck inside washing your hands endlessly, and you look over and see the dog licking itself in a bad place, you'll laugh and appreciate the irony.

For some, non-contact sports like Frisbee and tennis aren't nearly as fun as football, basketball and hockey, but now that those things are off-limits, you've got to come crawling back to the less exciting ones. Don't gather to play with a bunch of friends for obvious reasons, but if you have a significant other or a roommate, the two of you might as well throw a plastic disc to each other at a park.

You could also toss a baseball, kick around a Hackysack or play Croquet and then do that thing where you put your foot on both balls and hit theirs into the bushes. That's always fun.

Remember that dream you had as a teenager to be a famous painter or create a massive rubber band ball? Now's the time to give it a go. Enjoy photography? The city is empty and about as photogenic as it can get, and no one will walk through your shot.

Try sewing so you can make gloves to avoid touching things, study wood carving, and make a six-foot ruler, learn an instrument like the drums or Theremin and irritate your hunkered-down neighbors. While the next few months won't be pleasant, to say the least, emerging from this pandemic with a few new skills will avoid the feeling of wasted time. That's a skill I've perfected.

Hopefully, one of these activities helps distract you, because bathing in Purell and reading endless news and having toilet paper fights is not a barrel of laughs. We just need to reimagine fun during these rough times, and then when this eventually blows over, we can, you know, return to things that are actually fun. Who do I think I'm fooling?