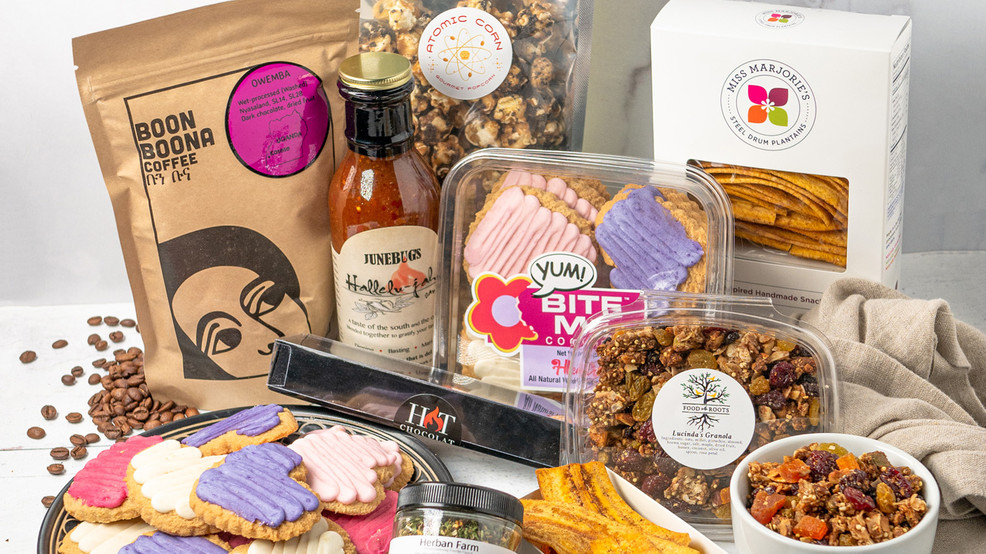 While Savor has put together many themed-boxes, you might remember the debut of their Solidarity Box back in June, which supported local Black-owned small businesses. Well, in honor of Black History Month (starting on Feb. 1), they're bringing it back — again!

This version of the Solidarity Box features items from eight Black-owned businesses, including JuneBaby, Marjorie Restaurant and Boon Boona Coffee. $5 from every box sold will benefit the Black Farmers Collective, a network of Black farmers and growers in the greater Seattle area.

The Solidarity Box is available for local delivery and nationwide shipping for $124.99. Boxes will be shipped each Tuesday and Friday between Feb. 9-26, and the deadline to order is 8 a.m. the day of shipping or until they are sold out.

The last time Savor brought back the Solidarity Box, they were able to donate more than $18,000 to the Black Lives Matter Seattle-King County through the sale of more than 3,500 boxes.

"Standing for racial justice and equality should not be a fad and something we get excited about for a while...and then forget about it," Savor stated in an announcement last July. "Thanks to all of you, it isn't. Be it 60,000 people marching...or asking us each day to bring the Seattle Solidarity Box back, I've never been prouder to be a Seattleite."

[Food Tours to Boxes: How one Seattle biz supported itself (and others) in the age of COVID]

Shortly after the "Stay Home, Stay Healthy" order when into effect last year, Savor Seattle launched the Iconic Market Box to support Pike Place Market businesses while their doors were shut to foot traffic. This was the beginning of their food box endeavor, leading them to create dozens of boxes throughout the year — like the Solidarity Box. In just about eight months, Savor Seattle contributed more than $1.4 million in direct sales and promotional support to more than 150 local businesses and donated more than $65,000 to nonprofit organizations through box sales.

And that's not all — Savor Seattle founder Angela Shen also announced in January that her food tour company has been acquired by Homegrown, a local sustainable sandwich company, as well.