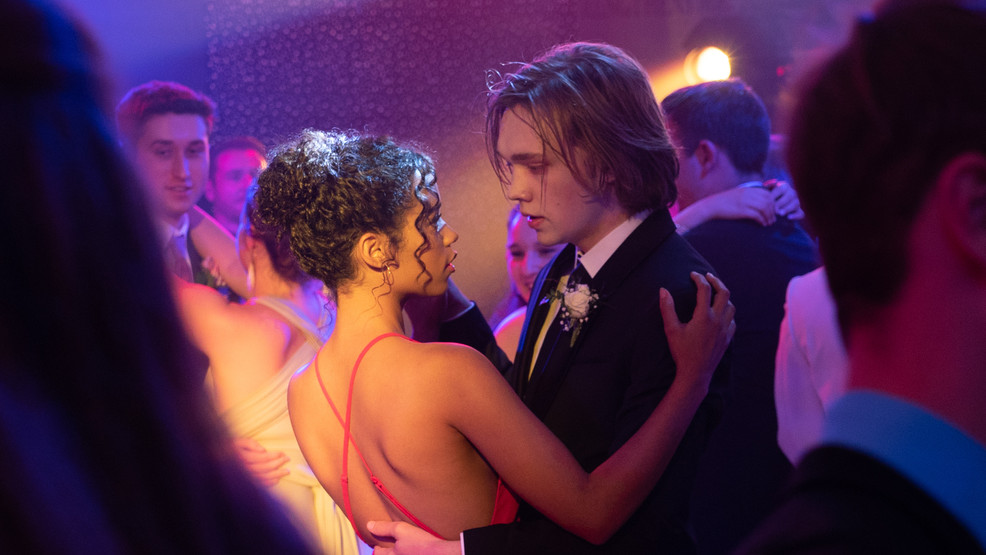 Amid the litany of adaptations of young adult novels we've seen this year alone ("Chemical Hearts", "All the Bright Places"), "Words on Bathroom Walls" is certainly a bar above the rest. Sure, it follows the same general formula - protagonist has some great flaw, he/she falls in love with a new classmate, said flaw is revealed in the most dramatic way, personal growth results from the conflict, etc - but the film does an exceptional job of one crucial detail: it values character development over the faux romantic slodge typical of the genre.

Charlie Plummer, who also starred in the TV mini-series adaption of John Green's popular YA novel "Looking for Alaska", aids in that cause, elevating the lead character Adam from schizophrenic teen to teen, aspiring chef, quirky high schooler suffering from schizophrenia. You put the person before the condition, they say, right? That is certainly the case here - it isn't so much that schizophrenia is the villain. It is Adam's journey to learn how to live with the condition, and that is certainly a learning curve.

He begins by hearing voices. Then he get his eyes checked, hoping a pair of glasses will cure his affliction. However, it becomes clear very quickly that what he is struggling with is not something eyewear can cure. It is after a particularly bad "episode" or psychotic break resulting in a classmate receiving a burn and subsequent skin graft during chemistry class that Adam's secret is spoiled. He is expelled from his public school, though he can't really stay anyways. Kids can be brutal.

Cooking seems to be the only thing that makes the voices subside, but in order to attend culinary school, he has to graduate. His last hope is St. Agatha's, a buttoned-up private Catholic high school. To allow his enrollment, they require that Adam remain on the drug trial he has started. He's tried all other pills that typically help with his symptoms, only to find he is "drug resistant". With the clinical trial, Adam will hopefully be visited less by the figments of his disease: there's Rebecca (AnnaSophia Robb), a hippie in tune with Adam's emotional state; Joaquin (Devon Bostick), his carnal teenage boy instincts personified; and Bodyguard (Lobo Sebastian), a bat-wielding mafioso-type with a handful of cronies eager to rip apart the room.

It is an interesting take on a mental illness so rarely put on the screen. Adam has to wade through visions that aren't always real. A fire raging in the office of Sister Catherine (Beth Grant), for instance, or a fog of black smoke that often appears when he's scared or nervous. These apparitions are there for a majority of the film even during the "romantic" scenes that would be more enjoyable without the Peanut gallery. But, for once, we have a YA story that doesn't make it convenient for that perfect moment or idyllic scene between two attractive young actors purely for the sake of giving the audience heart eyes.

So when Adam begins to fall for Maya (Taylor Russell), the valedictorian with secrets of her own, their relationship progresses in the background while Adam's struggle to maintain control of his mind is persistently in the foreground. Coupled with a strained relationship with Paul (Walton Goggins), his new stepfather whom he views as a threat to his relationship with his mother (Molly Parker), Adam's mental health improves on the new medication before eventually proving to be heavy on the unwelcome side effects. These are much harder to live with than the fictional personalities he's grown to accept and learned to manage.

Things spin out of control for Adam, but it is namely those around him who are the cause of his breakdown. He goes along with institutionalization, but this is his life after all. With no cure for schizophrenia, it is his responsibility to make do with the hand he was dealt and learn how to live in and interact with the world around him. Based on the book by Julia Walton, "Words on Bathroom Walls" entertains, surely, but it also provides a little insight (however watered down and inevitably glamorized) into this particular diagnosis. That isn't to say the film depicts anything more than this one specific experience, but it evokes empathy from the viewer and takes a stab loosening the taboo of mental illness.