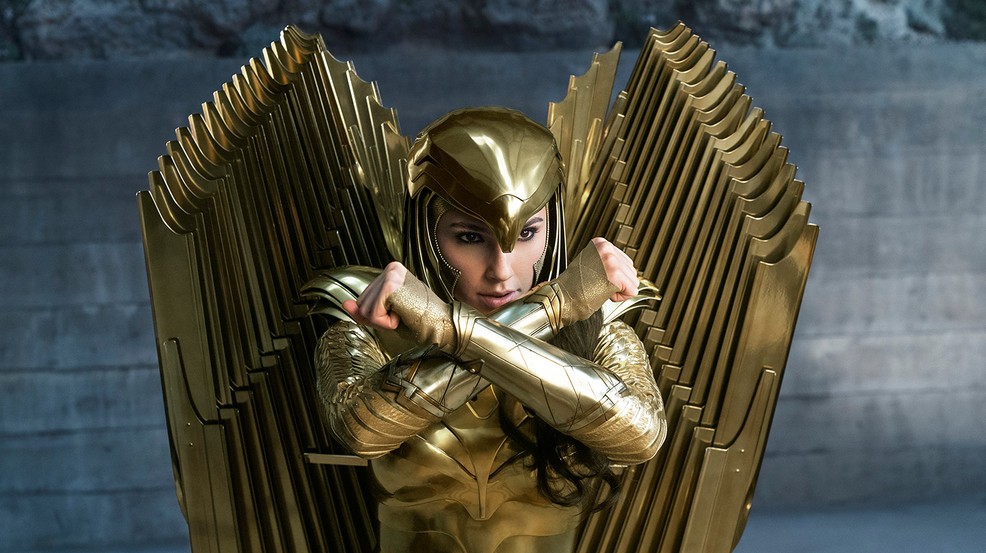 Review: 'Wonder Woman 1984' is enjoyable; would be so much better on the big screen

As this disastrous year comes to a close, it's hard not to feel a little dejected looking ahead at 2021. We don't know when theaters will open again. Even if/when they do, Warner Bros. made the highly controversial decision to release its entire slate of upcoming films directly onto HBO Max.

The first of the bunch to hit theaters and HBO Max simultaneously is "Wonder Woman 1984". Having consumed it from my couch (as I've done with every new release since March), I couldn't help but feel how much of the film's impact was being lost on the small screen. Theaters are still relevant for a reason; there is an element of ingesting a film in any genre on the big screen that invariably cannot be replicated at home. Sadly, such is the pitfall of the newest addition to the DC Extended Universe, a film that still offers plenty to enjoy, but loses some of its superhero punch by being relegated to home box office.

Don't get me wrong. There are some really fun elements to this sequel that should not be overlooked or disregarded. Firstly, it was a relief to find that the titular character who goes by Diana Prince (Gal Gadot) isn't the same naive girl we met in 2017's "Wonder Woman". She's matured remarkably, and thanks to Gadot, Diana is arguably one of the most likable leads of any comic book franchise. If anything, it is a pleasure to see her back for another installment, set this time in - you guessed it - 1984.

The 80s are trendy at the moment, a popular setting for film and TV. that play off of the wholesome family units and overall economic prosperity to juxtapose with the decade's dark, seedy shortcomings. Diana as her alter ego Wonder Woman stops bank robbers in her spare time, but works a "real job" as an anthropologist at the Smithsonian.

She is emotionally unavailable, still pining after her love Steve Trevor (Chris Pine) who tragically died in the first film set nearly 70 years prior. The villain here isn't a maniacal, gas-sniffing Danny Huston or Ares, the Greek god of war. The intangible villain of "Wonder Woman 1984" is greed and the sinister determinant of what some people will do to get what they want. Maxwell Lord (Pedro Pascal) personifies this skewed American Dream. He's an infomercial king with a bevy of defunct business ventures and a hunk of golden locks reminiscent of another "businessman" turned world leader.

Lord has a certain sensitive, desperate nature we don't often see in superhero villains. He may be crazy, but it is much easier to identify with his brand of insanity because it is wholly American to want more, more, more. Running out of funds and benefactors, Lord pursues the mystical Dreamstone, a mess of jutting crystals wrapped in a gold band inscribed with ancient language gibberish. According to centuries worth of legends, this unassuming token has the ability to grant you one wish. Despite the rule universally acknowledged that you can't wish for more wishes, Lord pretty much does that, turning himself into the stone and molding the world the way he wishes it.

It's not hard to guess where that leads. For one, Diana's shy, friendless coworker Barbara (Kristen Wiig) transforms into a confident, vivacious woman with hyper strength and sharpened intuitions. Cheetah is one of Wonder Woman's rivals in the comic book.

Though they do face-off by film's end, Barbara is far more interesting than Cheetah whose powers and abilities are never fully explained or realized. It is not a waste, if at least we are granted an ounce of Wiig's comic genius, but by her final reveal, decked out in costume, make-up and a smack of CGI, Wiig as Cheetah is a meager, mild adversary we aren't surprised can be taken down by the mere threat of water.

For her wish, Diana brings Steve back from the dead, albeit in another man's body. Pine's return is a relief, and his chemistry with Gadot carries much of the film. There is also nothing, it seems, as funny as poking at the outlandish nature of 80s fashion, and the film doesn't hold back on such wardrobe classics as parachute pants and fanny packs. In fact, a majority of the film's laughs is entrusted to Pine whose character must learn about this new, unrecognizable world.

Just as the stone giveth, it also taketh away. For each wish, the benefactor must relinquish his or her greatest asset, leaving Diana's heart full, but powers diminished. This is also where the story begins to get a little murky. Lord, as the new distributor of wishes, is able to choose what he will take from the wisher. At other times, it seems he doesn't care to specify and the magic of the stone chooses instead. He can coerce others into giving up their true wishes for his own often menial demands, even as the wishes become more complicated and abstract which leads to immense confusion and, subsequently, disbelief by the audience as he can soon use the television to extract wishes.

(Yes, I know there is some deep metaphor here about the hyper influence and ugly power of media, but it feels gimmicky and completely lost me. We also saw another anticlimactic, anti-fight scene ending in "Captain Marvel", so the "talking it out" tactic is kind of a letdown.)

Director Patty Jenkins, who famously negotiated with Warner Bros. to be paid on par with her male counterparts, cowrote a lively script with the pizzazz you'd expect from a modern superhero film; comedy, action and romance are joined by questioning one's morality, the defining values of love and the price of greed. There is plenty to find worthwhile in this sequel, and Jenkins managed to nail Diana once more, growing her character and deepening her connection with audiences, perhaps at the price of story. What begins as a mirror held up light-heartedly on history and pop culture becomes an attempt to anthropomorphize a subject that has no body, but lives purely in our judgment of others and their actions, a worthy adversary, but a tough one to sell to an audience who has spent nearly a year worrying less about corruption and more about struggling to make it through a global pandemic.