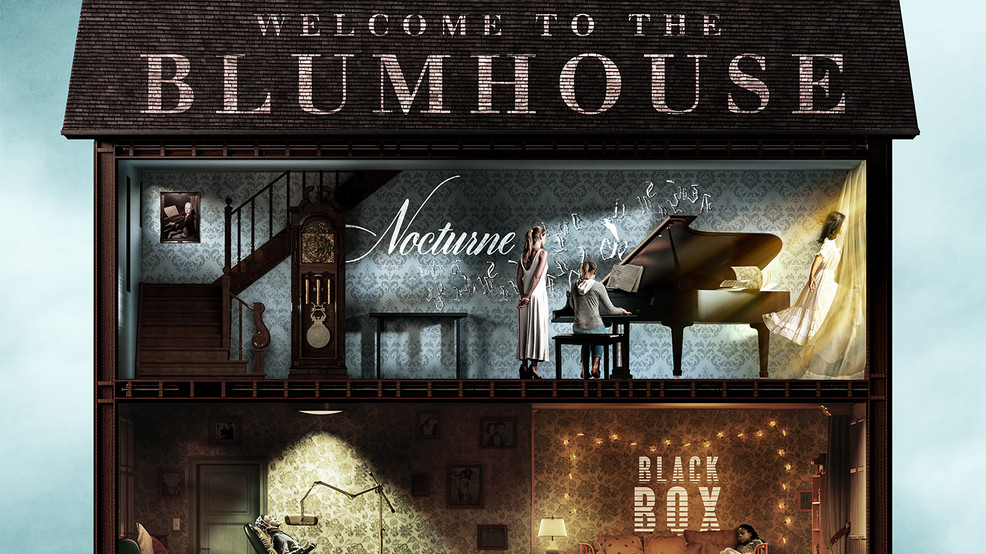 The clock strikes midnight on October 1st, and it's official: scary movie month has begun! For those of us who delight in blood, guts and a lot of bumping and jumping in our seat, there are plenty of classics to revisit time and again as we countdown to Halloween.

However, we'll never say no to new content, and the leader of scary movies is sweeping in with some killer options. "Welcome to the Blumhouse" is an anthology of films with a focus on thrillers and psychological dramas. Produced by Blumhouse, the team that brought us "The Invisible Man", "Get Out", and <insert any horror/mystery/thriller from the last decade>, the curated set of eight new films from up-and-coming filmmakers has an exclusive partnership with Amazon Prime Video. Their aim is to "give a platform to new voices" (they have two female directors in this set alone!) and what better time to release suspenseful movies than Halloween month in the midst of a pandemic. Heck, these may be less scary than the news is for most of us.

Four of the films aren't releasing until 2021, but the first four are available for streaming this month. (Stay tuned for reviews of "Evil Eye" and "Nocturne", which release on October 13.) In the meantime, we've reviewed the first two films below which are available on Amazon Prime Video now.

What are you waiting for?

Based on the German film "Wir Monster", "The Lie" stars Joey King as Kayla, a high school dancer who is still trying to come to terms with her parents' separation. She is shy, but troubled, quietly afflicted with issues of self-esteem and self-worth. On their way to a dance retreat, Kayla and her father Jay (Peter Sarsgaard) pick up her friend who is waiting at the bus stop. A routine stop to take a leak in a deserted, snowy, wooded stretch of the road turns their worlds upside down: Kayla admits to pushing her friend from a bridge, and if the fall alone didn't kill her, the choppy, frozen water below surely finished her off.

After consulting with her lawyer mother (Mireille Enos), the fractured family unit decides to cover up what transpired, lying to the girl's father and to the inquiring authorities. But lies, like cracks in a dam, only hold for so long. It is up to Kayla's parents to sustain the lie and protect their daughter, no matter the cost.

Writer-director Veena Sud, who is also the creator of "The Killing", a crime drama based in Seattle, has a magic hand in creating an atmosphere of suspicion, confusion and misdirection. The fun of the film is that we don't know what or who to believe, and as Kayla and her parents dig themselves deeper into a hole born of this lie, you begin to wonder if there is more than one mistruth.

King as Kayla conveys the girl's youthful naivety with the perfect quivering lip and furrowed brow. Sarsgaard and Enos are your separated parents (or at least, who you'd want them to be), and the familial chemistry jives well. As far as mysteries go, this one is a good ride that will make you cringe as the family gets into deeper, darker lies and uncomfortable confrontations. It may also make you scream as the final twist is revealed.

Would you commit to dangerous experimental treatment if it meant getting your memories back? If it meant you could possibly remember your wedding day or your daughter as a baby? How far would you go to get back someone you lost? Following a horrific accident that took the life of his wife, Nolan (Mamoudou Athie) lives with fractured memories of his past as he struggles with the weight of being the sole provider for his young daughter.

Given hope that some of his memory can be restored, Nolan begins a new therapy treatment with Dr. Brooks (Phylicia Rashad). It's called "black box", and its purpose is to guide Nolan through his subconscious to retrieve lost memories... or something like that. (The exact science doesn't feel realistic, but it also really doesn't matter if you don't want to harbor on the technicalities and mechanics of it, for enjoyment purposes.)

As Nolan retraces his life through snapshot images and scenes, there is something obviously amiss. A strange, contorted figure follows him ominously within each memory, and the images he sees supposedly from his life before the accident don't match up with what he has been told. An apartment that is familiar, but that he never lived in. A wedding venue changed. Differences that only add to his growing sense that either the black box isn't working properly, or some force more malevolent is at work.

If there is one prominent theme tying these films together, it would be "family first", and the lengths that family will go for each other. Like "The Lie", there is a large twist you know is coming and can't help but anticipate with theories of your own. "Black Box" takes quite a bit from recent films - our first introduction to a session of hypnosis sends Nolan into a dark room shot from above, imagery that is pulled almost directly from "Get Out" along with a major plot point I won't spoil that must have been inspired by the Jordan Peele flick - but as far as fun and suspenseful goes, "Black Box" checks both boxes.

Athie is a force worth watching; his vulnerability in the complicated role allows for our suspension of disbelief in situations that would otherwise garner unintentional laughs. "Black Box" does not have the social commentary or multi-layered story, but it is a nice start for burgeoning writer-director Emmanuel Osei-Kuffour who delivers a solid thriller.