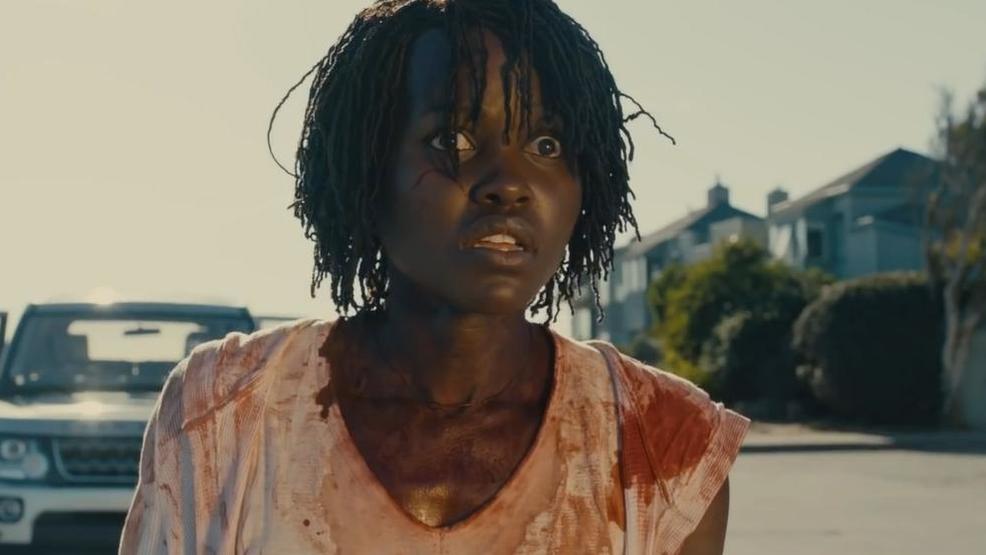 Review: 'Us' will kick the crap out of you

For those of you uninterested in a deep dive into the sophomore film by burgeoning auteur Jordan Peele, I’ll say this: “Us” hits all the horror buttons for fair-weather viewers looking for a spook or a creep, a twist and a gasp. The wild-eyed visages of people matching in ruby jumpsuits gripping shimmering gold scissors is enough to scratch the itch for two hours of goosebumps running up your stiffened back.

Like “Get Out”, Peele’s 2017 directorial debut, "Us" has all the elements we expect from a modern horror film. Seemingly supernatural characters in ominous garb and freaky masks. A mysterious wall of bunnies trapped in wire cages. A chase. Kill or be killed. If you want to get your kicks, “Us” delivers. It’ll kick the crap out of you.

Deeper than that, it is a multi-layered web, a deep-dive look at and social commentary on the current state of America – or perhaps where it’s always been. Like his first, this film, beneath its metaphors and allegories, has something to say.

The Wilsons are your all-American family. Comprised of mom Adelaide (Lupita Nyong’o), dad Gabe (Winston Duke), daughter Zora (Shahadi Wright Joseph) and son Jason (Evan Alex), the Wilsons are heading out to their vacation home near Santa Cruz, a sleepy beach town up the California coast known for its laid-back surfer attitude and eccentric boardwalk filled with games and rides.

Like “The Lost Boys”, Santa Cruz is the perfect setting for Peele to unleash his monsters. The Tethers live underground, exact replicas of their human counterparts above and forced to mirror their movements through life. As a child, Adelaide has a close run-in with her Tether, Red, in a Funhouse on the boardwalk, which also serves as a gateway to their lair. It haunts her into adulthood, and when weird coincidences begin to happen, she feels the onset of a bloody uprising, a revolution 30 years in the making.

I won’t expand on the plot beyond that because the surprise is in the details, but suffice it to say Peele has a way with images. He isn’t afraid to linger for a minute – or more, in the case of the opening sequence – to build the mood. His leisure is our pleasure, in this case, and much of the runtime is spent analyzing what he chooses to show us.

The cast has their work cut out for them. The dual task of embodying both their human and Tether characters is physically and emotionally rigorous, but everyone shines, particularly our heroine/villain, played emphatically by Nyong’o. Her talent is profound in these roles, and, just like in the film, she is the heartbeat of story.

But what sets “Us” apart from others in the genre, and likewise Peele apart from his contemporaries, is the voice that whispers a warning in every scene, a foreboding that follows you out of the theater and into your sleeping subconscious. The film makes a stark statement on the way we view what it means to be American. There is the commercial, sterilized misconception that Americans come together, stand hand in hand (literally) in solidarity when the going gets tough. But underneath every American is a Tether, a soulless creature fighting to rip and claw to the top. If that doesn’t pique your interest, I’m not sure what will.