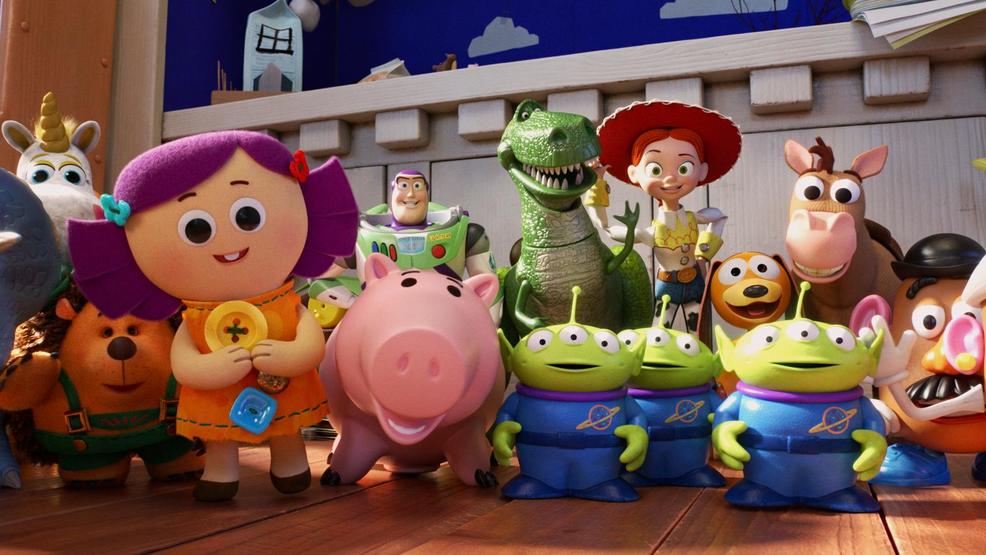 Review: 'Toy Story 4' is a beautiful bookend to a beloved story

After a nine-year hiatus, Woody, Buzz and the whole gang are back on the big screen in “Toy Story 4”, a sentimental, inventive and completely infectious addition to Pixar’s crown jewel series. Having agreed that they not return to the “Toy Story” universe unless for a compelling reason, John Lasseter (legendary Pixar boss), and Andrew Stanton (writer of so many animated features we know and love), have teamed up for a script that has the toys trading in Andy’s house for Bonnie’s.

With a new child comes new preferences, and for once Woody (Tom Hanks), the leader of the pack, is left in the closet during playtime. This doesn’t deter the Sheriff, however, and when Bonnie is scared for her first day of school, Woody becomes a backpack stowaway, inadvertently aiding in the creation of Forky (Tony Hale), a spork affixed with fuzzy craft stick hands and a pair of googly eyes that Bonnie glues together in a moment of creative madness.

To the shock and horror of the other toys, Forky comes to life, spending every conscious moment attempting to return to the trash. Funny as kids are, Bonnie is obsessed with Forky, insisting on having him with her at all times. When the family decides to take a little RV trip, Woody assigns himself to Forky duty, a role more challenging than anticipated when the utensil escapes out an open window mid-trip.

Clinging to his job as toy overseer, Woody and Forky make it to the nearest town where they pass an antique store advertising a familiar lamp. Woody can’t help but investigate in the hopes of reuniting with his long lost love, Bo Peep (Annie Potts). What they find instead is Gabby Gabby (Christina Hendricks) and her unsettling henchmen, a group of mute dummy dolls, who seek Woody’s pristine voice box to replace Gabby’s defective one.

The creepy squad keep Forky hostage as Woody escapes and reunites with Bo who is a shared toy at a local playground. Her freedom is refreshing and intoxicating; with her, Woody’s eyes are opened to the larger-than-closet world of possibilities out there. Buzz Lightyear (Tim Allen) is as adorably oblivious as ever, and the new sidekicks he picks up, Ducky (Keegan-Michael Key) and Bunny (Jordan Peele), rush to help Woody and Bo regain Forky and return to the RV before lift-off.

It’s easy to roll our eyes when we hear about a fourth installation in a series nearly 25 years old. Another sequel when all we yearn for is original content. But what Pixar does so well is they take something familiar or, in this case, done thrice before, and make it fresh. The surprising charm of Forky highlights the incredible ingenuity of Pixar’s talent, and children and adults alike will find the insular storyline surprisingly far-reaching. “Toy Story 4” is a beautiful bookend to a story that holds a special place in the heart of many. It’ll teach you a thing or two about moving on and following your heart. I mean, does it get any better than that?