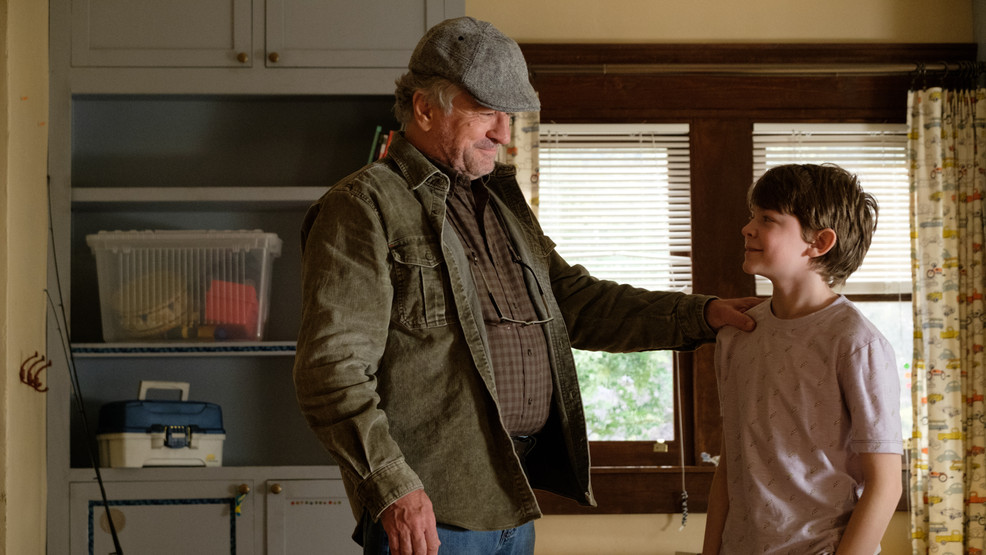 Review: 'The War with Grandpa' is dated, fails to make a connection

Unfortunately, that isn't the set-up. It's the punchline of "The War with Grandpa", a kid-friendly comedy that skates by with gags that find De Niro, the grandpa of the title, slipping on marbles (obviously, accompanied by the line, "He's lost his marbles!") and pretend punching himself in the bathroom when his shaving cream is replaced with foam sealant. And those are some of the better parts.

The premise is surprisingly weak for the number of big names attached. In addition to the aforementioned veteran actors, Uma Thurman and Rob Riggle also signed on for a film that finds a young boy Peter (Oakes Fegley, an up-and-comer with big roles on his resume and, as with the others, too much talent for this film) who is peeved his grandfather is moving in with them, forcing him out of his room and into the drafty attic. He decides to declare war with his visiting relative in the form of a letter which states his frustration and warns of future retaliation should his room not be vacated in 24 hours. As Peter ramps up his "Home Alone"-style pranks, grandpa Ed has no choice but to fight back, buying a drone and learning how to use it, merely to scope out his enemy. He switches out Peter's homework assignment for one that includes jokes about flatulence.

The horror! The comedy! Really, neither of those things.

The film attempts to check all the boxes of a children's comedy, but fails to make a connection. They are the shells of these archetypes without making them novel in any way. To his credit, De Niro goes all in with the ridiculous gags, committing to the hyperbolic facial expressions and dramatized falls. Uma Thurman, who has played tough, rockstar female roles, doesn't seem to have a problem screaming as a snake slithers around her shoulders or as she spits out her coffee onto an unsuspecting police officer. Her character in the film is about as multidimensional as a piece of paper. But she's good-natured about it and takes it seriously nonetheless.

Perhaps a generation of children will find some humor in "The War with Grandpa", but even that is, I hate to say, unlikely. The gags are cliche, at best, and even the moral of the story - sharing is caring! - doesn't strike any heart strings. Based on the book of the same name from 1984, the film feels dated in this way as well, like perhaps we don't live in the wholesomeness and simplicity of the 80s. Perhaps we're too jaded, too encumbered with bigger things to enjoy a sweet film about a grandfather and his grandson.

"The War with Grandpa" is available to stream on VOD (Video on Demand).