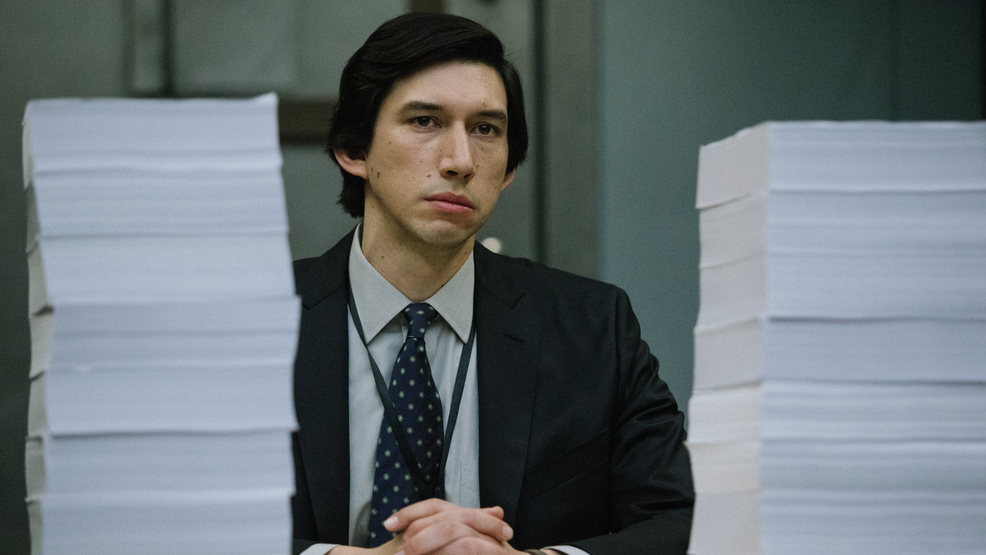 Review: 'The Report' is a story worth telling, despite some confusing political red tape

In theaters Friday (Nov. 15) and streaming on Amazon Prime starting November 29, "The Report" (established in the title sequence as "The Torture Report") is this year's political exposé drama. Two years ago we were given "The Post" detailing the Washington Post's explosive decision to publish portions of the Pentagon Papers, and two years before that it was "Spotlight" about the child molestation cover-up in the Catholic Church. With each passing biennial, the films seem to get substantially drier and drier, this year's contribution fitting perfectly with that trend.

"The Report" follows one man's quest to find the truth behind the CIA's use of torture in the years following the September 11 attacks. Daniel J. Jones (Adam Driver) is a Senate staffer under the tutelage of the United States Senator from California Dianne Feinstein (Annette Bening). He is tasked with the nearly unthinkable job of investigating the Central Intelligence Agency using only the correspondence and documentation provided by the elusive government organization. Without the ability to interview anyone intimately involved in the programs instituted in the Middle East, Jones spends seven years with his small team combing through over 6.3 million pages of material.

The docudrama cuts back and forth from Jones' work to the mid 2000s when the CIA's Detention and Interrogation Program first hire outside contractors to aid in the psychological breakdown of both known and suspected terrorists. Their method employs what they call "enhanced interrogation techniques" and boils down to torture: water boarding, extreme sleep deprivation, sensory overload and physical abuse. Worst of all, Jones learns, the CIA operated such tactics under the blind eye of sitting president George W. Bush.

As Jones digs deeper into the conspiracy, he's met with greater pushback from those the report would disgrace most. Yet he perseveres, producing a 6,700-page report (including 38,000 footnotes). The fight doesn't end, and he must straddle the delicate line of playing the CIA at their own political game without losing the moral ground that allowed him to birth such a profound and by-the-book conclusion: that the CIA operated outside their jurisdiction, broke numerous laws, caused multiple deaths and sought, first and foremost, to hide the truth from the United States government and its people.

The jumping from past to present, micro scene to micro scene takes some getting used to initially. With such a complex story that relies on the amalgam of many moving parts, writer-director Scott Z. Burns values telling the story as closely to the truth, rather than dramatizing and creating long, exploratory, dialogue-heavy scenes. The subject matter is cumbersome and the details are dense, making for a very dry watch that can, at times, feel tedious. The flashback scenes to the torture in the Middle East are gruesome, but necessary to fully convey the atrocities committed by a governing body.

[Review: You don't have to like cars to enjoy 'Ford v Ferrari']

Driver leads the film with a sure hand and minor help from the bit characters around him portrayed by veterans like Jon Hamm and Maura Tierney. Bening is also a stalwart screen partner, reliable and committed to her small slice of the film. It's an important story worth telling, done in a straightforward, appealing manner so as to leave the viewer feeling more knowledgeable upon leaving the theater than they did when they entered. But come prepared with the possibility that you may get lost in the intricacies of political red tape, dynamics and protocol. And that feeling bored here or there isn't a sin.