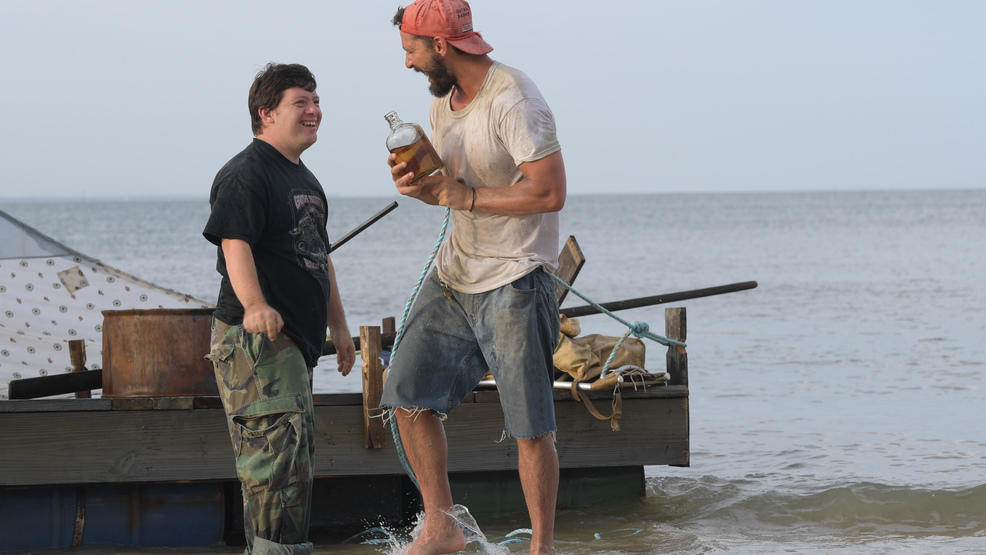 Review: LeBeouf gives his most personal performance in years in 'Peanut Butter Falcon'

“The Peanut Butter Falcon” is a film that rarely gets made anymore: a sweet, sentimental buddy comedy starring a famous actor seeking a comeback and an unlikely costar whose wholesome charisma is given the space to grow and blossom. They head out on a journey confined by their means – a raft – and their mission – getting to an amateur wrestling school. There aren’t many surprises, and the story doesn’t bang down the door of ingenuity, but the film as a whole is sure to delight in the very small way it seeks.

That thespian rising from the ashes is former Disney kid turned headline-making bad boy Shia LaBeouf who stars as Tyler, a fisherman struggling to cope with the death of his brother. He is on the run from backwoods thugs who want nothing more than to find him and knock him into the last decade. LaBeouf gives his most solid and personal performance in years, if not ever, reminding us why he caught our eye in the first place. His take on Tyler is sincere and far more subtle than we're used to seeing with a notoriously emotive actor.

That unlikely costar is Zack Gottsagen, an actor with Down syndrome. He plays Zak, who was abandoned by his family and lives in a nursing home. His roommate Carl (Bruce Dern), an elderly curmudgeon, aids and abets in Zak’s escape in only the most dramatic fashion, pulling metal bars apart like they do in episodes of “Looney Toons”. Zak is on the run to fulfill his dream of wrestling. His hero is an amateur wrestler who goes by the name “The Salt-Water Redneck” (Thomas Haden Church) and whose VHS tapes have inspired the young boy's wild ambitions.

Both on the lam, Zak and Tyler's world collide, and though at first Tyler resists, eventually Zak’s unwavering optimism and infectious outlook on life rubs off on him as well, and the two become thick as thieves. They commence his provincial training, carving up watermelon to serve as helmets and running laps on haystacks. They travel down river on an actual raft, and Zak learns to catch fish with his bare hands. Tyler teaches Zak how to shoot a gun and forces his physical regime to continue late night in front of beachside campfires. When Eleanor (Dakota Johnson), Zak’s caretaker at the nursing home, tracks them down, she is swept up in their whimsical ambitions, agreeing to help Zak meet his idol and fulfill his dream before returning to reality.

“The Peanut Butter Falcon”, a reference to the Zak's newly found stage name, is a Southern fairytale that takes the familiar and imbues it with 21st century life. The film is loosely based on Mark Twain’s “The Adventures of Huckleberry Finn”, and though it makes some finer adjustments, its influence is obvious. Like in the classic novel, both of our main characters seek understanding - from others and about the world around them. Everything is made clearer on the water, which is also where we as the audience are drawn into a trance by the mystical nature that the setting and the characters diffuse. The simple story, the flawed characters, the highly fantastical and often mythicized location, they all work together to produce a film that, while hardly loud and boastful, is beautiful in its smallness.