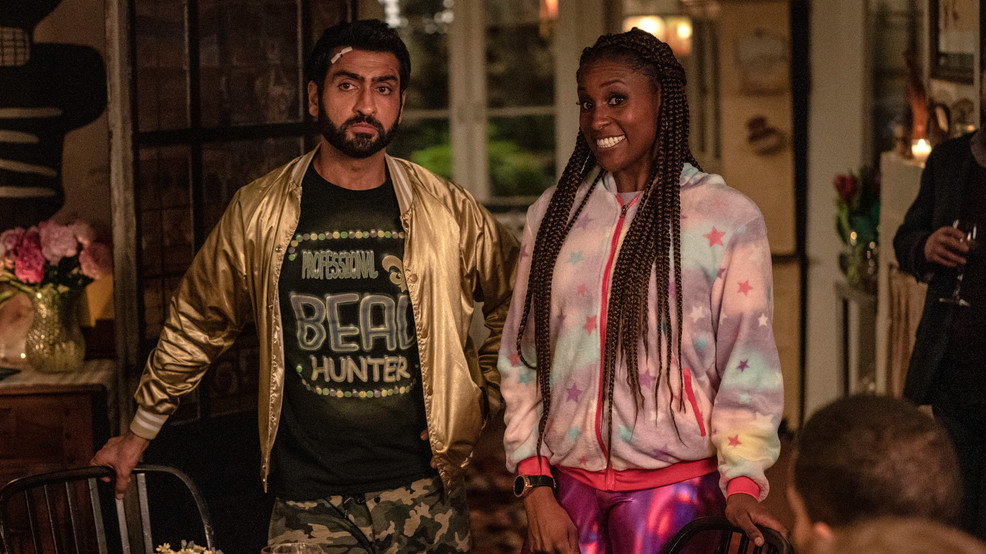 Kumail Nanjiana as Jibran, Issa Rae as Leilani of "The Lovebirds" from NETFLIX.
SEE MORE

Review: 'The Lovebirds' has great leads, but no sturdy script for them to stand on

The disappointment is real with "The Lovebirds", a caper comedy starring the hot comedic chops of funnypeople Kumail Nanjiani ("Silicon Valley") and Issa Rae ("Insecure"). Heading direct to Netflix after its original theatrical release was canned (thanks COVID-19), the film is filled to the brim with various hijinks and situational humor that would, on paper, add up to an entertaining comedy. Putting the two aforementioned comedians on screen together *should* have made the film palatable at the very least.

Alas, this is not the case. Nanjiani and Rae star as Jibran and Leilani, a couple once hot-and-heavy but who have grown apart and argue over all the mundane and ridiculous things on which those in long-term relationships tend to fixate. In particular, they can't agree on whether or not they would win "The Amazing Race". While headed to a party, just as they are agreeing to break up, a courier on a bicycle flies onto their car, shattering their windshield and dumping any discussion of parting ways on ice. It isn't the injured cyclist that gives them trouble, however; another man jumps into their car claiming to be with the police, killing the courier and acting as the catalyst for their wild adventure.

Left at the scene with the smoking gun, Jibran and Leilani take off to solve the mystery on their own, following the clues left in the victim's cell phone and taking their chances without the authorities in order to absolve themselves of murder. The fresh exes unwittingly uncover a secret society a la "Eyes Wide Shut", filled with rich socialites and prominent political figures who will stop at nothing to keep the wheelings and dealings of their little club under wraps.

It isn't so much what "The Lovebirds" does wrong as what it doesn't do right. The film is undermined by perhaps its two greatest strengths (its leads) who are given the heavy task of carrying the weight of the film without a sturdy script to stand on. It never fully roots us into their world, a defect of the script and its reliance on the film's stars to bring the laughs via monologues tailored to their specific brand and niche of comedy. Nanjiani and Rae are fun to watch bicker in that witty banter each has perfected, like an old married couple with impeccable comedic timing. But we never full give in to their chemistry.

In fact, we'd rather they keep fighting instead of making up at all. We would watch these two in a strange, albeit intriguing, version of "Marriage Story" which would, interestingly enough, be a more fitting genre and tone for Nanjiani and Rae who both deliver the most laughs with real-world humor rather than forced situational comedy. It is filled with outrageous physical gags - let's just say there's a scene with a horse who kicks on demand - and weak plot points that move the action forward for a pay-off that is as interesting as this film is short (1 hour 26 minutes to be exact). It does not offer the laughs we expect, it does not provide an interesting journey and it does not highlight the talent of these ultra talented people who are trapped by mediocre character motivation and a ridiculous premise.

To put it frankly, "The Lovebirds" gets know love here.