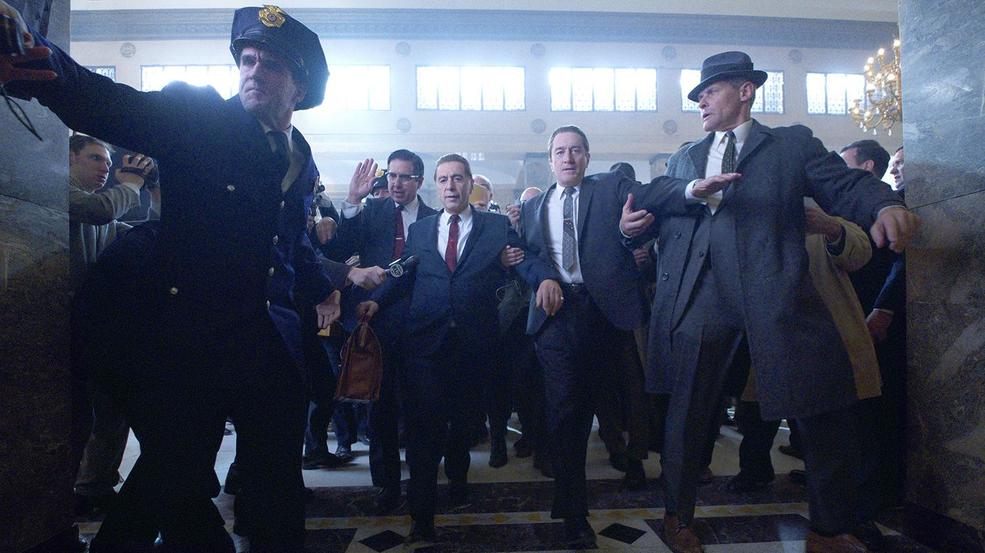 Review & (Unpopular Opinion): 'The Irishman' is too long, too contrived, too much Scorsese

Here is the most unpopular opinion of the year: "The Irishman" is too long, too contrived and, generally, too much Martin Scorsese trying to outdo himself.

To reiterate, this opinion is in the minority. You've, by now, heard about this film in one way or another since 2014 when the iconic director officially announced he was saving the script from development hell where it sat for seven years, enduring numerous rewrites and pushed released dates. What's being delivered in theaters on November 15, then streaming on Netflix starting November 29, is Scorsese's most expensive ($159 million budget) and longest (209 minutes) feature to date.

For those who could rewatch Scorsese's older stuff on any given rainy day, then you are his target audience. The film plays heavily on nostalgia for his prior works, as well as other films in the same genre, epics like "The Godfather" and "Scarface". It stars the entire roster of Scorsese's usual suspects, the prominent elder Italian faces in Hollywood - Robert De Niro, Al Pacino, Joe Pesci - as well as a host of new Italian blood - Ray Romano, Bobby Cannavale, Sebastian Maniscalco.

Based on the nonfiction novel "I Heard You Paint Houses" by Charles Brandt, the film is narrated by our protagonist anti-hero, Frank "The Irishman" Sheeran (De Niro), a war vet turned hitman for the Italian mob. We meet him first at his retirement home, surviving his days in a wheelchair, reminiscing on the many lives his younger self inhabited. He draws us back through time to when, as a meat deliveryman, he's accused of theft by his company, but found not guilty thanks to his smooth-talking lawyer Bill Bufalino (Ray Romano). Impressed by Sheeran's unwillingness to rat out others, Bill introduces him to his cousin Russell Bufalino (Pesci), the head of the northeast Pennsylvania crime family.

Scorsese used innovative CGI technology that allowed him to "de-age" his actors, allowing them to portray their younger selves. While the merit in this is evident, the reality is that it's a completely distracting feature that may smooth their skin, but hardly convinces us that these performers we know so well in their older age are even passable as young people. In fact, we know what De Niro, Pesci and Pacino looked like in their mid-30s. We've seen them move and work at that age. So trying to fool an audience into believing what is on screen is De Niro 40 years younger is the greatest laugh the film offers. Even if we squint, obscuring out most of their features, their body language and movements are tell-tale signs.

Sheeran begins doing whatever work Russell requires, namely killing people and acting as bodyguard. He is eventually assigned to watch over the head of the International Brotherhood of Teamsters Jimmy Hoffa (Pacino), a famous face in the country who rustled feathers and made many enemies, including the federal government. Sheeran and Hoffa strike up a personal friendship that is as solid as their professional one, and their lives becomes forever intertwined. When Kennedy wins the presidency, Hoffa is quickly pursued and arrested by the new Attorney General, Bobby Kennedy.

While in prison, Hoffa's replacement as Teamsters president mismanages the labor union, taking out loans with the mafia. When Hoffa is released by a presidential pardon from Nixon in 1971, he takes no time in attempting to retrieve his position atop the Teamsters, unafraid of awakening his former enemies and making new ones in those who were once closest to him. It's no spoiler that Hoffa is murdered. His is arguably the most famous missing persons case in American history, and his death has still not officially been determined, though Sheeran has purportedly confessed to doing it.

The tone of "The Irishman" is simultaneously similar and dissimilar to Scorsese's prior films about the mob. The set-up is the same. With the lead charging the story forward with his narration, we travel back in time to the origins of Sheeran's involvement in organized crime, watching his life snowball into an integral part of the carnage. But where in past movies there was an undeniable lightness to the dark subject matter, "The Irishman" is a much more somber film, as if, in the years Scorsese has been giving us gangsters, it is now in his older age that he feels their remorse and recognizes the pain that such a life inflicts on those who don't die young.

[Review: 'The Report' is a story worth telling, despite some confusing political red tape]

Pesci gives the performance of his career. Hanging up his trademark squawk for a subtler, quieter affectation, Pesci is both the scariest and most enigmatic character on screen. He may not be yelling his way through the film like Pacino, but his diminutive composure and piercing gaze say more than anything or anyone else. His scenes are what drive the film forward and what make the three and a half hours move.

But it is still three and a half hours long, a creative decision that feels more like an overindulgence in a project that has long been a passion project for the iconic director, rather than a necessity dictated by the story.